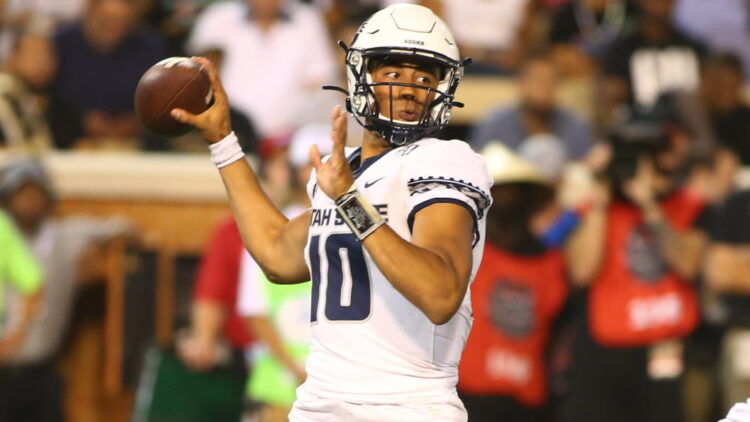 Getting down to the wire here. Fringe first round talents here, but lots of good value that will land in ideal situations by playing on better teams due to being drafted at the end of the first round.

A son of former NFL DB, Winfield Jr. helped lead the resurrection of the Minnesota football program to one of their best seasons in school history. A redshirt sophomore but academically a senior, he battled injuries in back to back seasons and didn’t get the chance to display his talent until 2019. A high IQ player, he is as versatile as they come for a defensive back as he could play free or strong safety and nickel corner. A true ballhawk, he had seven interceptions and two forced fumbles this past season. Plays as well in pass coverage as he does in the run due to his aggressiveness and competitive nature displays that no moment is too big for him. Played a lot of deep safety in cover two or three but came down into the box to guard tight ends and slot receivers. Not a great athlete and is injury prone but is a day one impact player. I think he projects best in a defense that allows him to play in a hybrid defense so he can be aggressive and not play in a scheme-specific role. If used properly, could be a multiple-time pro bowl player and possible all-pro.

There might not be a more aggressive, big-play seeking corner in this class than Henderson. He loves to jump routes and often makes the play which speaks highly of his football IQ and vision. Solid in both zone and man coverage which makes him ready to play in any system. Has the size and athleticism desired for the position and could have a strong performance at the combine. While he wasn’t targeted much this year and that might be responsible for his zero interception total, tallied six in his first two seasons which shows he does have a knack for the ball. The main concern with him will be his tackling and his risky play. Didn’t show much desire to tackle receivers and that hurt him on occasion which resulted in long gains for the offense. Because he’s so aggressive in coverage, can be prone to bite on double moves and that’s something pro teams will take advantage of if he doesn’t’ clean that up.

One of the most productive backs in college football history, Taylor looks to carry the success over in the pros but might be playing in the wrong era. A very patient runner, he displays good vision and acceleration to hit the hole once his offensive line opens things up for him. Has good size and is able to break tackles while keeping his feet moving. A north-south runner who loves the run in between the tackles while running over defenders. Was a bell cow back and has over 900 carries in his three seasons, which is something you rarely see anymore. Because of this, many fear that the wear and tear on his body may limit his longevity in the league. Also, he wasn’t asked to do much receiving in college and ran mostly screens which doesn’t bode well for him being a three-down running back. Fumbled quite a bit in his career which is worrisome but also had more carries than most running backs. Projects best in a power run, inside zone system where he isn’t relied upon much in the passing game.

Prototypical 3-4 OLB with impressive size and athleticism that will make him desirable to most teams. A bit of a late bloomer by not playing much until this past season but overcame an injury and NFL level players in front of him to finally get his time to shine. Has a quick get off and explosiveness off the snap which puts him in the backfield early. Solid in run defense and setting the edge but overall didn’t make too many impact plays there. Will need to develop more pass rush moves as now he relies mostly on athleticism and size to beat defenders. It worked in the SEC, the nation’s best conference, which is a promising size that it will translate but will need to refine his technique and get better at using his hands. Might not be productive right off the bat, but using him on passing downs early is the best way to use his talents.

An experienced corner who’s been apart of a great defensive scheme for four seasons, Gladney may not have the ceiling of some other corners but should be an impact player off the bat. At his best when in man coverage and using his speed and IQ to shut down receivers. He’s good at the line of scrimmage and battling with receivers to knock them off of their routes. Because of this skill, plays well in certain zone schemes. Does a good job of reading the eyes of the quarterback and most of his deflections and turnovers were because of this skill. Pretty quick in short spaces and seemed to run well on deep routes. Played against a lot of teams who throw the ball from the spread so it should be well adjusted at the next level. Is a fifth-year senior which limits his ability to get much better. What you see currently is what you get. Ready to play now and could be a solid 2 or 3 corner on a team for the next 5 years.

An all-around solid tight end prospect, Kmet may never be the big playmaker that we see with many of today’s top tight ends but figures to have a nice career that should last many years. He came to Notre Dame as a dual-sport athlete playing both football and baseball but decided to solely focus on the gridiron, which looks to be the wise decision. While not an explosive athlete, he moves well for his size and displays soft hands. Not afraid of contact and shows that running routes over the middle and oftentimes taking on tacklers head-on. Needs to add some more muscle but that will come as he’s never had a full off-season to just focus on football. Blocks pretty well and will only get better at that as he gets stronger. Notre Dame has developed several strong tight ends over the past few seasons and Kmet has the potential to be better than any of them. Low Floor prospect.

Behind every great quarterback is a supporting cast that deserves some love too. The best weapon that Joe Burrow had this year was his stud receiver, Justin Jefferson. Incredible hands, possibly the best in the class, Jefferson thrives in many contested catches and rarely lets the ball touch his chest which limits his drops. Runs solid routes and despite lackluster speed, he is able to get open deep. Lined up both in the slot and outside but doesn’t offer too much after the catch due to lack of speed. Could use some muscle on his tall and lanky frame but displays the physicality and toughness to battle with corners on blocks and on the line of scrimmage. Would do best on a pass-first team that will utilize him as a possession receiver and a quarterback whose not afraid to throw into tight coverage. May never be a top option on a good team, but can be a #2/3 right off the bat and provide stability to any quarterback.

Another quarterback that has all the tools you want but not necessarily the polish ready to be an NFL starter. Love might have the widest range in terms of where he will get drafted. Some see him as a borderline top ten pick, others a second or third rounder. He has a strong arm and can be accurate at times, especially when given time to throw. After a strong 2018 season where he threw for 32 touchdowns and 6 interceptions, he regressed in 2019 throwing for 20 touchdowns and 17 interceptions. So the question every team is asking, will the real Jordan Love please stand up? He made a lot of very questionable decisions and rather than make the safe throw, he would try too hard to make a play that leads to turnovers. He needs to do a better job of letting the game come to him. Did not have a good supporting cast around him in 2019 which some people attribute to his struggles. A fantastic athlete who is a dual-threat and would thrive in RPO’s. Needs to sit for a year, but with a creative play-caller will be a starter. On the flip side, if he does not have the proper help around him, he will struggle to amount to much in the league.

As polished as a player as there is in the draft and while never become a superstar, could be a solid contributor for many years. Okwara has strong pass rush moves and plays well on passing downs to get pressure on the quarterback. One thing that stands out is lack of strength. He needs to gain at least ten pounds of muscle and functional strength as too many times got bullied in the run game. Did not do well setting the edge, but displays a high motor crashing in from the weak side which shows me that the effort level is there. Dropped into coverage which makes him even more valuable as he can become a valuable piece for any defensive coordinator. A solid athlete who displays good quickness off of the edge and loves to utilize the dip move to get around tackles to force the quarterback to step up. Didn’t have eye-popping stats which furthers my belief of him being a solid player, never a superstar.

It’s tougher to imagine a better ending than being the defensive player of the game in the national championship and Queen achieved that. A quick linebacker whose game is textbook for today’s NFL, he operates best when he can use his quickness to track down ball carriers. Could operate as a MLB or WLB, he is a true sideline to sideline backer and has exceptional quickness and IQ to help him dissect plays properly. Might struggle to disengage lineman against a power run opponent, but if he has a free release then you best believe he is making a play. Mostly played in zone in pass coverage but looked pretty good against tight ends and running backs. Only a one-year starter but got better with every game that passed. Due to his athleticism and IQ at the linebacker position, he has a chance to be a productive player early in his career but needs to be prepared for the physicality at the next level.