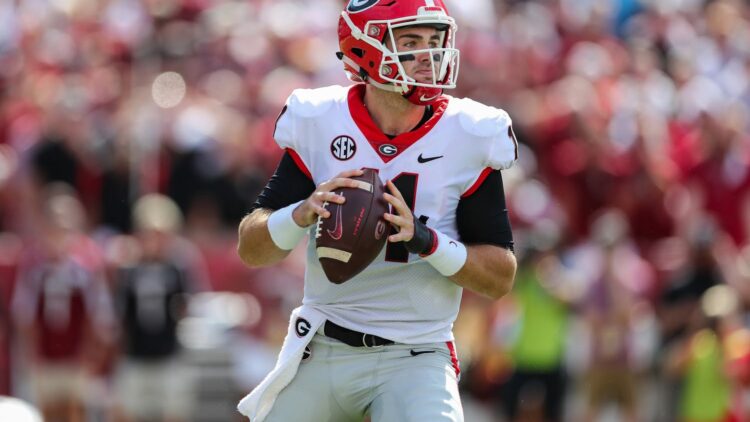 This is it! The final part of the inaugural big board is here. We’ll drop another big board or two over the next few months, but this will be the most in-depth one we do most likely. As always, we appreciate you guys reading!

A steady force at center for the explosive Badger run game, Biadasz was as important as anyone on that offense. Playing center and being a three-year starter, he made the line calls and audibles that propelled an absolutely dominating run game, an area where he thrived. An average athlete, Biadasz makes up for it with strength, toughness and a high football IQ. Honestly tough to judge him in pass protection due to the offense Wisconsin ran, but I would see no problems in him doing well in that area. Did have hip surgery late in 2019 which is worrisome. Scouts say his past year’s tape showed some regression and the hip injury could be to blame for that. Anytime a player, especially an offensive lineman, suffers an injury like this, it raises red flags.

As the game evolves and looks for more speed, Hopkins is the ideal tight end for today’s NFL. While he’ll never be the in-line blocker you can run behind, he can essentially play as a big receiver who operates in the slot. Displays good route running ability and soft hands on both short and intermediate throws that will make him a quarterbacks best friend on third down. Displays good YAC abilities despite not being a true burner, he is tough to bring down due to his size. Could use another ten pounds or so of muscle that will help him both in the blocking game and getting off of the line against press coverage. Won’t be a fit for all teams, but a team that wants to throw the ball and operate from a spread formation will do wonders for Hopkins.

While Chase Young was the best player on the Ohio State defense, Harrison could be considered the heart and soul of it. A thumper in the run game, can quickly diagnose and attack run plays. Takes great angles to the ball which is needed as he isn’t a great athlete. Has a great motor and never quits on a play, sprints sideline to sideline. A leader of men that energizes his teammates with his hustle and big-play capabilities. While the effort is there, he isn’t great in pass coverage. He looked out of place too many times and struggled playing man against athletic tight ends. Early in his career might be just a two-down player, but in the right system that would lean heavily on him playing zone, he can be a starter in his rookie year and a very productive long term mike linebacker.

One of the bigger risks in this draft will be Adams, a polarizing prospect as when he is healthy he’s a one-man wrecking ball on the offensive line. The keyword is healthy as he suffered serious back and knee issues in college. Great size at 6-8, 320 lbs and pretty good agility for his size, Adams could play tackle at the pro level but will most likely be playing guard. Strong at both pass and run blocking and uses his arms well to get extension against defensive linemen and manipulates them to where he wants them to go. Very sound technically, as he should be as a five-year college player and does a good job of picking up on stunts and rarely gets outsmarted on the line. While a good athlete, not a great one so shouldn’t be tasked to pull as a guard or tackle. Should be an immediate starter and if he stays healthy, has a high ceiling. His health will scare off teams and could easily fall in the draft because of it.

Terrell might be a project, but if given the appropriate time to develop then he can become a high-level player. Displayed good skills in both man and zone coverage with being athletic enough to play in man coverage but the eyes and anticipation to play well in zone. A three-year contributor at a high-level program that won a lot of games, which is something that can’t be undervalued. Strong at tackling for a corner, not afraid to get involved in run plays. Diagnoses screenplays quickly and can blow up the play before it gets going. Struggled in the national championship game against LSU and does not do well against bigger receivers. Lacks the physicality and strength in coverage and will need a year or two before he can be a starter in the league. I think will do best in the pros if he plays mostly in zone coverage if he is able to add the needed strength.

The swiss army knife of the Utes strong defense in 2018 and 2019, Johnson lined up all over the field (corner, safety, dime linebacker) and did whatever was necessary for his team to succeed. Does not have elite coverage skills at this point and may never get there, but has the physicality desired for a defense that mostly runs a zone scheme. Does well in that initial few seconds after the ball is snapped, but breaks down when the quarterback rolls out or has no pressure on him. Strong tackler and receivers tend to go down after he hits them. Sticks his nose in run support and doesn’t let ball carriers get outside of him. Will be a stud in special teams and going to be a productive gunner on the punt unit immediately. It would be best for him to be slowly worked into a role on defense and not have the pressure of starting right off of the bat.

Once seen as the future of Georgia football and a surefire first-round pick, Eason transferred after his sophomore season and ended up having a strong last season at the University of Washington, his home. A five star recruit out of high school, Eason exploded onto the scene as a freshman but was benched in favor of Jake Fromm. However, it appears that not much changed in terms of his strengths and weaknesses from the time he stepped foot on campus to the moment he declared for the draft. He has great size for a quarterback and has a laser for an arm that at times makes throws that not many people can make. Despite his natural ability, Eason struggles with his accuracy. Too many times he would have an open receiver that he would miss. Throws a good deep ball when given time to set his feet and throw but hen forced to scramble a bit, relies solely on his arm and doesn’t have the best technique. He is a work in process and needs to sit for a year or two before becoming a starter. Best suited for a vertical pass offense that relies on the run game to open things up.

Games are won in the trenches and having positional flexibility goes a long way to becoming a coach’s favorite. Harris started four years at guard and center for the Huskies and was the anchor on the line during an era where Washington came back to national relevance. He might not be the mauler, he is a good athlete and operates best when on the move. Best suited to play center, but could without a doubt play either guard spot. Slightly undersized for a lineman, he needs to play in the right scheme, preferably a zone blocking one. Struggles with one on one blocking in the run game, but does a good job in pass protection against bigger opponents due to his footwork and technique. Will be a very good starter for the next decade-plus if put in the right situation, possibly the first few seasons at guard and then eventually at center.

The term “game manager” gets thrown around too often and is seen as a detriment, but in reality and in the right system it can lead to wins. Fromm future seems to be that of a game manager and essentially was that during his three years at Georgia, where they were consistently ranked in the top 10 and reaching the title game in 2018. He does not have a strong arm which limits him and his future as he won’t be able to stretch the field on deep throws. What he does well is making the right decision and getting the ball out quickly. He played in a pro-style offense that relied on running the ball a lot, so he was never tasked with having to win a game on his own. Another worrisome fact about Fromm is that he never got better over his three years as a starter and if anything, he regressed. Accuracy was down this past season as he tried to make more downfield throws. I think what you see is what you’ll get from Fromm. He’s never gonna blow you away with his tools, but he’s a high IQ quarterback who limits his mistakes and his teammates will go to war with him any day of the week.

He has the ideal look and play style that coaches want from a franchise tackle, but Jackson is still a few years away from getting to that point in his career. Physically gifted with great size and agility that shows when he is going up against speed rushers, which the NFL is full of. Does a good job and making that quick first step out and not letting the rusher get outside of him. On run plays, he is rather inconsistent and sometimes looks like an absolute beast and other times gets bullied too easily. Really struggles going up against complete pass rushers who can beat you in a few ways. Got abused all game against Iowa and A.J Epenesa which to me shows that Jackson has a long way to go. His technique is all over the place and struggles with stunts as well. Would struggle if forced to step in and play right away, so it would be smart for him to sit behind a veteran for a year in a zone-blocking scheme.

Honorable Mention (in no order):