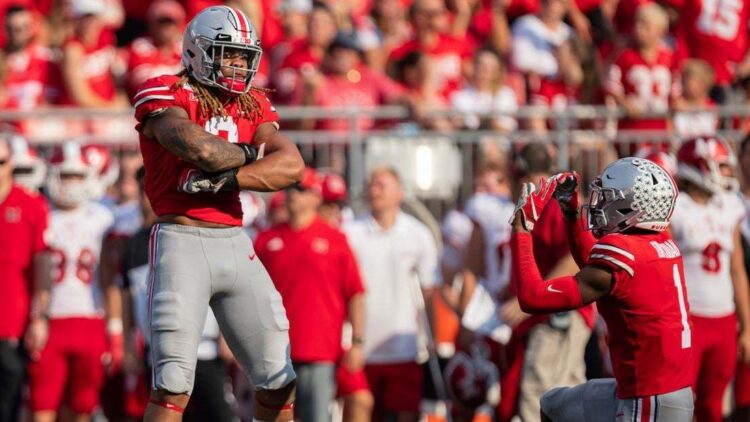 In case you didn’t listen to our podcast this past week, here are the results of our dueling mock draft. With just a week and a half away from the draft, it’s becoming clearer as to what teams are focusing on and who they might target.

Link to the episode:

A bit of a wildcard, Herbert has a high ceiling that the Chargers are willing to take a chance on

In order to protect Kyler Murray, Cardinals need to start protecting him

Nobody values speed more than the Raiders and nobody in this class is faster than Ruggs. This makes too much sense.

As the Bucs look to quickly build a title contender, getting Thomas will go a long ways to protecting Brady

Broncos need a receiver but get a corner that Fagio can build his secondary around after trading Chris Harris, Jr

A Kinlaw-Jarrett-Fowler Jr. defensive line? More like Sacklanta, am I right?

After losing Jalen Ramsey, Fulton brings back that attitude in the secondary

As one receiver exits, another enters in Minnesota

Do the Patriots believe in Stidham? We’ll find out with this pick

As Brian Flores continues to build his defense, he finds his ball hawk safety

Once a highly-touted prospect, Epenesa fits perfectly along the Seahawks line

Ravens have one weakness, middle linebacker. Queen solves that

After losing Jack Conklin, Jackson can take over the reins at right tackle before moving to the left side

The reincarnation of Randall Cobb will make Rodgers a happy customer