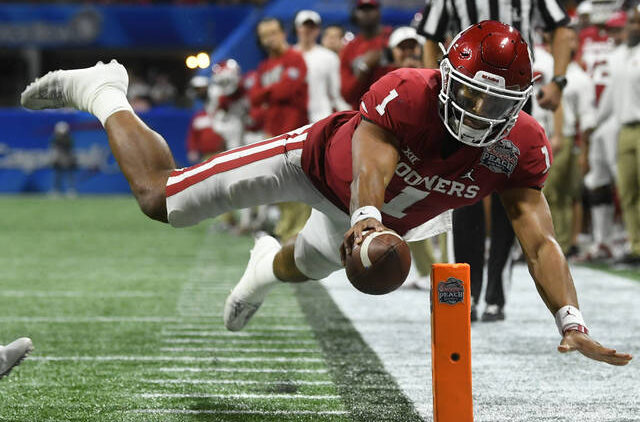 The draft is one of the few events that degenerate gamblers like myself are going to be able to bet on in the month of April, which makes it that much more exciting. All lines were provided by Bovada on 4/12/20. Please gamble responsibly.

Because of it being such a deep wide receiver class, teams might look into grabbing a receiver in the second or third round and get close to equal value to a first-round receiver. There are four locks: Jerry Jeudy, CeeDee Lamb, Henry Ruggs, and Justin Jefferson. After that, it’s a crapshoot and at +180 the odds are too good to pass up.

While former SEC players will hear their name early and often in the first round, I don’t see it getting to sixteen. Players like LSU’s Grant Delpit and Alabama’s Xavier McKinney’s stock has been dropping the past few weeks and now they look more likely to be drafted in the second. Based on my calculations, the SEC will come in at fifteen, right below for the under to hit.

There’s a lot of good offensive linemen in this year’s draft and in a league where protecting the quarterback is at a premium, the demand for the big fellas will be high. We’ll see four prospects in the top half (Wirfs, Wills, Becton, and Thomas) and likely see center Cesar Ruiz drafted by 25. Then, in the group of Austin Jackson, Ezra Cleveland, Josh Jones, Isaiah Wilson, I’m fairly confident at least two of them will sneak into the end of the first round. Because of that, fairly confident in seven in total.

Just last week we were looking at +185 odds on this, so this means that the money is heading this direction. In an uncertain quarterback class after Burrow, Hurts is a proven winner that fits the mold of an athletic quarterback which seems to be working in the NFL. A team will have to gamble, but one that is willing to be creative and bold, like the Saints, will take a chance at the end of the second round.

First OL taken- Tristan Wirfs (-130)
This is another one that has the public money heading its way. Wirfs is the most versatile and dynamic offensive lineman in the draft and fits any system. He could go as high as four to the Giants and don’t see him dropping past seven to the Jaguars. In a weird draft that prohibited teams from working out prospects, go with the one that showed out at the combine.

One of the “big three” receivers in this class along with CeeDee Lamb and Henry Ruggs, Jeudy’s all-around game makes him the safest pick of the three. He can fit any scheme and is ready to play a big role immediately. The Jaguars, Jets, Raiders, 49ers, and Broncos all need receivers and we might even see a team move up for one and I’m willing to bet it’ll be for Jeudy.

With all the rumors about the Dolphins cooling off of Tua, the odds on this one are dropping fast. To me, that just means better value on this pick. Burrow and Young will go one and two, that is a certainty but the options of going third will be Okudah or Tua if a team moves up. I’m still banking on the Dolphins being aggressive and moving up to three for their franchise quarterback.

Once again, public money is all over this. Just a week ago it was at +130, but the rumors of the Cardinals at eight being enamored with Brown makes this much more likely that the under will hit. The Jaguars at seven could even be interested in Brown, so I’m really liking these odds.

I don’t see more than three offensive linemen going in the top ten and right now I have Thomas as the fourth rated lineman in this draft. I think at this point he’s likely to be going fourteen to the Buccaneers and that’s his peak in my opinion.

There’s a wildcard here that the Raiders at nineteen could pick Murray, but I think he’s a target starting at the mid twenties which means this bet is a smart one. The linebacker position in the draft isn’t as valued as it once was due to the pass-first nature of the league to the point there’s only one or two drafted in the first per year. Murray is a hell of a player, but the positional value pushes him down in the draft.