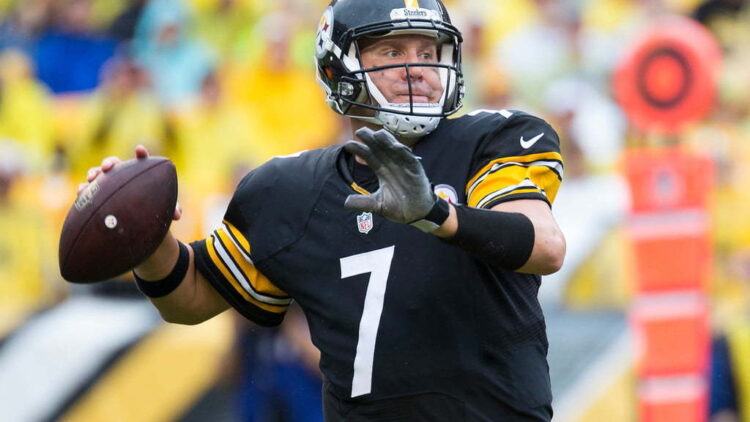 Football is getting closer which means it’s time to do your gambling homework. Here are my predictions and bets for the upcoming season for the AFC and a few awards.

A * means that I would actually put money on it. O/U odds via Oddsharks from 6/10 and Awards via Caesars.

So a team that won 14 games from a season ago and has the easiest strength of schedule in the entire league won’t win twelve games or more this season? I can’t see it happening. Maybe teams figure out Lamar Jackson and let’s say hypothetically he doesn’t repeat last season’s performance, the Ravens may still have the best roster in the league. Their defense was only one of three from 2019 to have a top ten pass and rush defense and they upgraded at linebacker (Patrick Queen) and defensive line (Calais Campbell and Derek Wolfe) and saw no major losses on either defense or offense. Week 3 against the Chiefs is the only game that legitimately scares me in terms of taking a loss and they face the Cowboys, Colts, Titans, and Steelers twice who are all tough opponents, but I think at worst they go 3-3 in that stretch, meaning that a twelve win season is a strong probability. They also play all of the aforementioned teams (minus one of the Steelers games) at home, which adds even more likelihood of a great season in Baltimore.

This one is almost near-unanimous by most experts that the Bills will hit the over. They are tied for the fifth toughest schedule in the league, but the AFC East this year is very winnable and is the Bills’ division to lose. Despite the tough schedule, they have only six games against teams that made the playoffs a season ago, including two against the now Tom Brady-less New England Patriots who most expect to have a down year by their standards. The addition of wide receiver Stefon Diggs finally gives Josh Allen, who showed a lot of development last season, a true WR1, and Devin Singletary seems primed to become a superstar. I predict a ten-win season, but even if they do hit nine wins then it’s a push. When you’re placing this bet, you’re believing that they do better than an 8-8 season and for a team that I predict to win the division and who finished with ten wins a season ago, I’m willing to bet the over once again here.

Good news for Bengals fans, they have the 27th strength of schedule. Bad news for Bengals fans, they are facing a lot of teams who are much improved from last year. The Steelers, Colts, Browns, and Eagles all figure to see their win total from a season ago go up, plus they have to play the Ravens twice. They are slowly building a potent offense, but still a lot of work needs to be made on the offensive line that gave up 50 sacks in 2019. The last thing a rookie quarterback needs is to be running for his life. They do have two winnable games, Washington and Jacksonville, and two other possibilities with Miami and New York. So, even if they go 4-0 in those games, it would be tough to pull off two upset wins over teams with more talent and better roster structure. Hell, I think a 5 win season would be considered a success for a team that won two games from a season ago, but even that wouldn’t get them to the 6 they need. Hammer the under.

Of all the ones I have listed here, this is the one I’m most unsure about. I do love the fact that the Steelers have the second easiest schedule and are returning Ben Roethlisberger from a team that won eight games last year. They return a very similar team from 2019 which was lead by their defense that had the most sacks in the league and was third in pass defense. Trips to Dallas, Tennessee, and Buffalo will be difficult but have four games against some of the worst teams from a season ago. Of their eight losses from 2019, five of them were by one score or less and if they had a competent quarterback then you have to imagine two or three of those losses go their way. In his 13 year career as head coach of the Steelers, Tomlin has never gone three straight seasons without a playoff appearance and I don’t think you’ll be seeing it anytime soon, meaning the Steelers are going back to the playoffs in 2020. As long as Roethlisberger can stay healthy, eleven wins is a realistic expectation so do yourself a favor and go with the over here.

The Titans were 9-7 a season ago but finished 7-3 down the stretch and the offense really began to click when Ryan Tannehill took over at quarterback. They have a favorable schedule (12th easiest) and play six games against playoff teams from last year, two of which are the Texans who traded away their best receiver this offseason. Vrabel seems to have created a blue-collar identity in Tennessee, playing solid defense and a run-first offensive approach. This works out well for them since half of their games come against defenses that were in the bottom twelve against the run a season ago and seven games against teams that were in the bottom ten in scoring. Without a true offseason this year, I value continuity more than ever. The team did lose solid right tackle Jack Conklin but replaced him with their first-round pick Isaiah Wilson. Besides that, the team returns the rest of its starters from 2019. I think the AFC South is up for grabs and should the Titans continue the momentum of last year’s playoff success, a nine-win season should come with relative ease.

Here are the rest of my predictions, I wouldn’t bet any of these but wanted to include it just to show how much I dislike your favorite team:

East- Bills 13/10*
Patriots are a wild card, don’t know how they’ll look with no Brady and I think they’ll finish in second. The Jets haven’t done much to help Sam Darnold and I don’t think Gase is a good head coach that can lead this team to the promised land. Brian Flores is a heck of a coach but the Dolphins are a year away from being considered for a divisional title. Bills are the easy pick here.

Best roster in the league. Simple.

Too many variables here for me to put money on it, but I think the Colts bounce back in a big way this season. However, the Titans or Texans can be argued as well and I’d agree. Pass on this one, but I lean Colts.

In my eyes, Mahomes is the best player in the league and the Chiefs are elite because of him. He missed some time last year with an injury, but a 40+ touchdown season is within reach. The Chiefs figure to be near the top of the AFC and he’ll put up the stats needed to get his second MVP award. The fact Wilson hasn’t even received an MVP in his career is an embarrassment to the award. He’s truly the most valuable player to his team in the league, more so than Mahomes or Jackson even. You take him off of the Seahawks and they don’t make the playoffs in seven of the eight seasons he’s been in the league. I’m putting money down because he’s overdue for at least some votes. Watson is a good darkhorse. If the Texans can win the division and put up good offensive statistical numbers without DeAndre Hopkins and an unreliable receiving corps, Watson will be at the center of their success.

Comeback Player of the Year

Big Ben is the easiest choice here. In fact, I’d be surprised if he didn’t win. Green will have the advantage of missing all of last season and figures to be on a team that’s going to be behind a lot so he’ll see plenty of chances for targets. Unfortunately, he’s on a one year contract and could be used as trade bait. If he does get traded, then that puts a setback in him getting this award. The wild card is Trent Williams, who has crazy odds. He is one of the best left tackles in the league and will be on a presumably good team in San Francisco. The downside is that an offensive lineman has never won the award. If Ben struggles, I think it leaves a wide-open competition that allows a guy like Williams to sneak in.

Coach of the Year

Right now Belichick and Arians are the odds on favorites for this award, but I have reason to be skeptical of both. I don’t think the Patriots make the playoffs, which is almost a prerequisite for this award pretty much, and the Buccaneers replaced Jameis Winston with Tom Brady which is good for three extra wins right there. The Colts have a good chance to get into the playoffs this year and Reich is one of better play designers in the league. If they can get consistency at quarterback and continue to run the ball well, they could secure a top-three seed in the AFC.