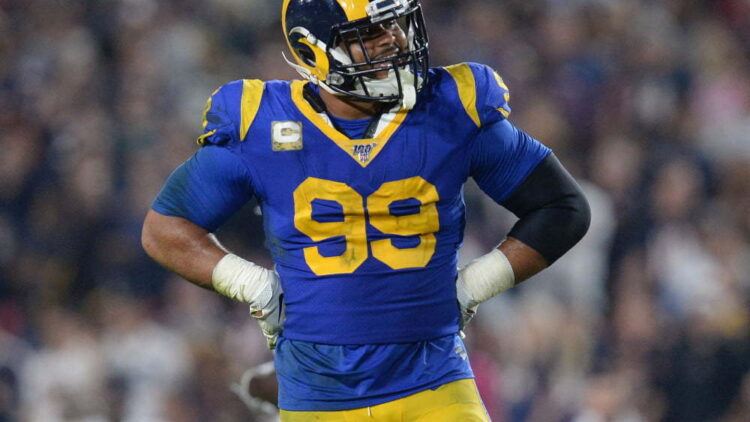 Last week was the AFC, this week it’s the NFC. Check out some of our predictions for the upcoming season!

A * denotes bets I’ll actually be making so keep that in mind when reading!

For as troubling as things seemed in Chicago last year, an 8-8 record isn’t bad. However, of the eight wins, only had two wins against teams with a winning record, both against the Vikings with the second of those wins coming when Minnesota rested their starters on week 17. They rank tied for 13th in strength of schedule but have a midseason stretch of games that will make or break their season. From week 8 to week 15, they have six games against 2019 playoff teams, including three divisional games against the Vikings (twice) and Packers. Add in a three-game stretch from week 3 to week 5 where they play the Falcons, Colts, and Buccaneers, three teams who are expected to contend for a playoff spot in 2020. I think this team will range between 6 to 9 wins, meaning that the likelihood that they fall below 8.5 is much greater than them hitting 9 wins. Unless we see some major improvement, this defense can’t cover for all of the offenses faults. I’d be shocked if Trubisky makes it through the whole season as a starter, but Nick Foles isn’t a major upgrade either. For an offensive line that gave up the most sacks last year, no major upgrades were made and the receivers group still is underwhelming. There was just not enough improvement in my eyes for the team to be considered better than last year.

The Lions missed Matthew Stafford last year as they limped down the stretch to a 3 win season. Management decided to give Matt Patricia one more year as head coach, but things don’t look too promising as they have one of the toughest schedules in the league. As I see it there are only two games that they’ll probably be favored in, against Jacksonville and Washington, and have to play seven games against 2019 playoff teams. Add in the improved Colts, Buccaneers, and Cardinals and you’re left with having to talk yourself into winning seven games in total. The offense can score points, but their defense is still in a major rebuild. This defense was the seventh worst in terms of scoring defense and will have 11 of their 16 games against teams who finished in the top half of points scored in 2019. Most sportsbooks have Patricia has the odds on favorite to be the first coach fired and teams normally don’t see a huge turnaround after a coach is fired during the season. I think a six win season is being pretty optimistic, with 3-5 being what I predict. Either way, the under is the safe and easy play here.

It’s beginning to seem like the Rams are a supernova, burning bright and fading quickly. They’re another team that boasts a tough schedule and because of salary cap issues, they were unable to improve at key positions. While I like Jared Goff still, the offensive line is horrendous. If that unit can’t improve then the run game is unlikely to get going either. Aaron Donald is a stud obviously, but they’ll get exposed at linebacker by losing their leading tackler from a season ago, Corey Littleton. Once again the NFC West is shaping up to be the toughest division in football and the only team the Rams were better than last year, the Cardinals, picked up one of the games best receivers and Kyler Murray should continue his development. Sean McVay was once the cool kid on the block when the team had depth and a strong defense, but that’s not the case anymore. Now that the team has deficiencies, can McVay live up to the hype? I think this is a 7 or 8 win team and the betting direction seems to agree with me. Under 9 wins is the safe bet.

This is the popular pick to be the most improved team. For one, you lose Jameis Winston and his 30 interceptions and replace him with possibly the greatest quarterback of all time. Add in Bruce Arians, one of the better coaches in the league and many are thinking a playoff appearance is in store for the Bucs. They have a middle of the road schedule and don’t face 2019 playoff teams in back to back weeks. There are a few tough divisional opponents with the Saints and Falcons, but their offense is going to keep them in every game. If they are able to run the ball successfully, then I believe they are legitimate Super Bowl contenders. I predict that they’ll be a ten win team, thus hitting the over of 9.5. As I’m sure every bettor knows by now, you don’t make a profit better against Tom Brady (unless it’s against an NFC East team in the Super Bowl).

Poor Ron Rivera. His first season as Redskins head coach won’t be his most memorable season as a head coach. Besides Terry McLaurin, this offense needs a lot of help. I’m not sure Dwayne Haskins is the answer and they don’t have a running back who they can depend on. Right now I’m looking at the Bengals and Detroit as 50/50 games and I like the chances of them splitting with the Giants. Even if you include the Panthers as a win (which I don’t think happens), that’s only four games I believe they have a chance to win and it would take some upsets for them to hit the over in this situation. Their first four opponents have the clear talent advantage and win inconsistent quarterback play, I’m not confident they can win a shootout. I believe they’ll finish with one of the worst records in the league and would think getting to six games to be an incredibly successful season in Washington.

Here are the rest of my predictions, I wouldn’t bet any of these but wanted to include it just to show how much I dislike your favorite team:

I think it’s too close of a call between the Cowboys and Eagles to put any money down, but I do like the Cowboys with a new coach over the defending champions.

While the Packers didn’t get any better, neither did any other team in this division. To me, this is one of the worst divisions in football and the Packers have a clear depth advantage on both sides of the ball.

NFL’s toughest division is a crapshoot. 49ers barely edge out the Seahawks last season but will need to see improvement from Jimmy Garropolo to win the division again.

This is the most unpredictable award to predict, which makes it my favorite. Donald is a great pick because no one in the league can block him and he’s almost a lock to get to double-digit sacks. Teams game plan around him, yet it really makes no difference. I could be biased as a 49ers fan, but I think Bosa if he stays healthy, will be in the top three this year in sacks. The 49ers defense should be pretty good once again and Bosa figures to be the one to be the statistical leader on a deep defensive line. TJ Watt is right now the better Watt brother and I think wasn’t shown enough love last year in the DPOY voting. He’s had 27.5 sacks the last two years and if he can get to the 15 sack total this year, that will get him first-place votes. At +1200 that’s great value to be had. I’m not going to put money on Minkah, but he was a game-changer for the Steelers. If he can improve upon his 5 interceptions, he’ll get the national attention to get some votes.

Young is such a safe and predictable bet here that I’d feel almost stupid to not get in on the action. He’ll get close to double-digit sacks as long as he stays healthy. Queen is my favorite pick of the group. He’s playing on a great team with a good defense and will get a lot of tackles. That checks off three key boxes right there and will have plenty of chances to shine in prime time games. Okudah will be one of the best corners in the league sooner rather than later. If he can get 4-5 interceptions and shut down receivers in his division like Davante Adams and Adam Thielen, his chances of winning are better than what they are now.