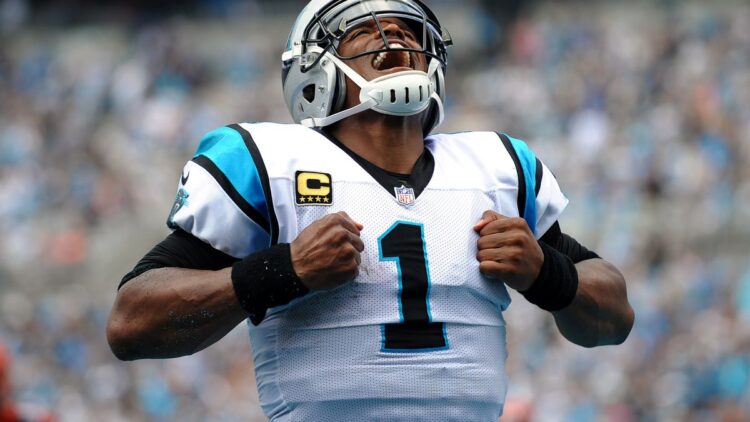 David Johnson has channeled his inner Shawn Michaels and become the heartbreak kid for the past three years for fantasy owners. In 2017, he was the number one overall player on most pre-draft boards then got injured in the first game and that was all she wrote. Back to back disappointing seasons in 2018 and 2019, he now sees himself in Houston as their presumed lead back. Is this the year Johnson finally gets back on track or will he just disappoint again? I’m willing to bet he has a solid year in a Houston offense that, despite having marginal talent the past few years, has seen some decent seasons from running backs. Duke Johnson, RB2 on the Texans, has only had over a hundred carries once in his career and is mostly used as a pass catcher. Therefore Johnson is going to see a large number of the team’s carries. He also has had some nice moments as a receiver and with the loss of DeAndre Hopkins and his 150 targets, Deshaun Watson is going to have to spread the ball around. During his one great season, 2016, Johnson led all running backs in receptions and receiving yards. I doubt Johnson will ever reach elite status as he did before the 2017 season, but if Carlos Hyde can rush for over 1000 yards with the Texans, I’m ready to assume Johnson can get there as well.

Teddy Bridgewater is a good quarterback, but not an ideal fantasy target. In Minnesota, he finished in the 20’s every season in fantasy points, and even in the five-game stretch a season ago with the Saints he finished 19th during that period in scoring for quarterbacks. He’s an accurate thrower and relies on quick throws to be effective. In fact, outside of the two Steelers backup quarterbacks from last year, no one threw fewer air yards on completions than Bridgewater. He is surrounded by studs like Christian McCaffrey, D.J. Moore, and Robby Anderson, but as we all know the team is dependent on McCaffrey. They’re going to feed him the ball any chance they get and most likely will put a big dent in Bridgewater’s fantasy total, particularly touchdowns. Bridgewater’s floor is high, but he’s not going to be your QB1 unless something crazy happens. A concerning part of the Panthers offense is that they allowed 43 sacks in 2019 and that was with mobile quarterbacks in Kyle Allen and Cam Newton. Bridgewater can help alleviate those issues with his short passing game but in the meantime, I’m passing on him until I see how this offense operates under new offensive coordinator Joe Brady.

I like Rivers in Indianapolis and think he’s going to do wonders for this team. That doesn’t mean I’m too high on him in fantasy. The Colts have a dynamic 1-2 punch at running back in Marlon Mack and Jonathan Taylor and will rely on Rivers to be a game manager. Rivers offers no running ability and is coming off of a season where he threw almost as many interceptions as touchdowns. He was seventh in the league in pass attempts in 2019 and there’s a tiny chance that happens again as he’s most likely going to finish outside of the top half in that category. Besides T.Y. Hilton, the Colts don’t have much experience at receiver and with an unconventional offseason, it could take a few weeks into the season for the passing offense to get in a rhythm. His offensive line is going to be much better in Indianapolis, but the Chargers are a much deeper unit in terms of skill position targets. He’ll be at his best in the short area of the field, getting the ball out quickly. Hilton and Parris Campbell are deep threats, but Rivers finished well below average in throws over 20 yards. I think ultimately Rivers will improve substantially in completion percentage, but see a dip in just about every other statistical category as he becomes a complementary piece rather than the star as he enters his 17th season in the league.

Breida escapes a situation in San Francisco where he was battling two or three guys for touches. Now in Miami, he’s really only battling Jordan Howard. One of the more underrated speedsters in the league, Breida has a 5 yards per carry average for his career and has the potential to increase his catch total with his new situation. While he doesn’t get mention with being one of the fastest players in the league, he had the fastest top speed (22.3 mph) recorded over the past few years and was a home run threat anytime he touched the ball. Jordan Howard has seen his targets and catches decrease every season as he’s been delegated as a pure ball-carrier, opening a big opportunity in Miami. Breida can sneak into that receiving back role due to his quickness and steady hands (only one career drop). There is one big knock against Breida and that is his lack of touchdowns. He only has 10 total touchdowns in his three seasons compared to Howard who has 32 (30 rushing) in his four seasons in the league. Breida will never be mistaken for a bell-cow back, but does well in the opportunities he gets. I do worry slightly about his injury history as it always seems that he’s battling some sort of ailment, particularly in his lower body. Despite this, I think Breida is RB1 in terms of fantasy for Miami and should hover around his career average of 630 yards rushing, but has the upside to double his reception total from last year.

Let’s be honest, nobody has any idea how Gronk is going to look this season. The last time we saw him play, he was a shell of his former self, but still a dominant run-blocker and made a huge catch in the Super Bowl. His injury past is so long that the doctor has an entire drawer dedicated to him, but after taking a season off, in theory he should be as healthy as he’s been in years. Ultimately, he’s one of the best tight ends of all time and the duo of him and Brady have connected for 79 touchdowns, which is the fifth most for a quarterback-receiver combination. While Arians has never heavily incorporated tight ends into his offense, Brady has a long history of targeting that position and one has to think that the offense will adjust to Brady’s strengths. I believe he’s firmly entrenched as the Buccaneers third receiving option after Godwin and Evans and will be Brady’s go-to guy in the red zone. All things being said, with as deep as the tight end group is this year in fantasy, I’m going to say Gronk finishes between TE 7-11 this year. He’ll be a valuable piece in this new-look offense, but with two stud receivers getting most of the looks and an older version of the former WWE superstar future hall of famer, I’m not expecting huge stats this season.

This offseason, Hooper cashed in big time and is now the second-highest paid tight end in the league. As he goes from one high-octane offense in Atlanta, he joins another in Cleveland littered with big names which I think lowers the ceiling on his fantasy value. He’s a skilled receiver and has seen his yardage increase every season of his career. He was the sixth-highest scoring tight end in fantasy in 2019 despite missing three games. While he’s had to contend with Julio Jones for catches in the past, he has to fend off an even deeper group in Cleveland as it includes two good running backs and another solid tight end with David Njoku. Luckily, Hooper has a high catch rate (78%) and had all six of his touchdowns from 2019 taking place in the red zone (five coming within the ten-yard line). He will more than likely see similar production this year as he did in 2019 which makes him a solid fantasy option. However, as I’ve mentioned previously the tight end fantasy group this year is really solid so just make sure not to reach on any of them. It’s possible what was good for sixth overall for tight ends last season might be fringe top ten this season.

While I won’t consider Newton to be a lock for the starting quarterback job, I do believe it would take an injury or unforeseen circumstance for him not to be the starter. ESPN predicts a rather mediocre 17 touchdowns, 10 interception season with him adding 358 yards and 6 touchdowns on the ground. While these numbers may seem low for a player of Newton’s caliber, I actually think this is a good prediction because we don’t know how he’s going to hold up coming off of two major surgeries. He’s never been an accurate thrower of the football and his supporting cast is average but he can still be a scoring machine. Not including last season where he only played in two games, he averaged 7 rushing touchdowns a season. Meaning that while he may not have the speed he once did, he still has the size and the tough running ability to punch it in at the goal line. One advantage that Josh McDaniels’s offense could have for Newton is the short passing game. Newton had his best year in terms of passing percentage in 2018 at 67% yet had an average completed air yards of just 5 yards, tied for tenth shortest. Just two years earlier, he averaged 8.3 air yards on completed passes (second highest in the league), but only completed 52% of his passes. It’s obvious that at this point in his career, he’s not going to be able to successfully push the ball down the field but can get the ball out quickly and to the right receiver. I think the team will use Newton as more of a game manager that will result in more wins, but not necessarily a huge fantasy season. He’s a good buy-low option based on his running ability and an ideal situation in New England.