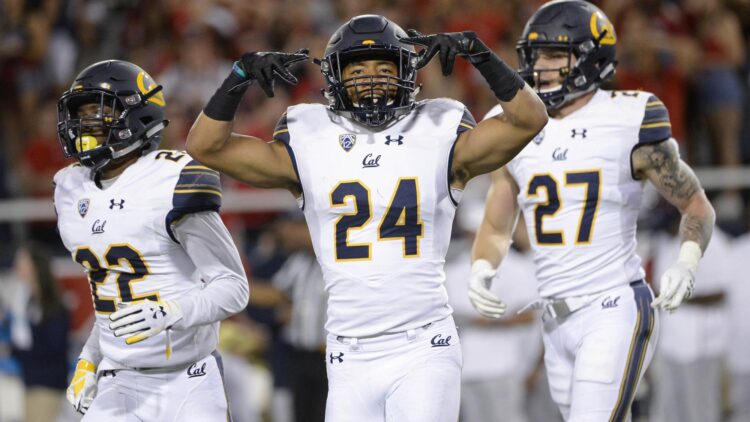 Not often do you see four-year starters anymore in college, but Cal’s Camryn Bynum is one of them. Due to the COVID postponement of the PAC 12 season, Bynum announced he would opt-out and prepare for the draft. However, due to the return of the fall season, Bynum reversed course and decided that he wants to make one last run at a Pac 12 crown. While the season has been a bumpy start for the Golden Bears, we know who Bynum is as a player. He may not be the flashiest name in the 2021 defensive back class, but he’s as steady as you can get and has a ton of game experience. While some may want guys with the athleticism, give me a guy like Bynum who knows the position inside and out.

Camryn Bynum does a great job of staying right in the hip pocket of receivers. Part of the reason he is so good at staying so close in coverage is that he’s an aggressive corner, which enables him to stay on top of his opponent. He has good size (6-0, 200 pounds) which allows him to go toe-to-toe with bigger receivers. While he didn’t play much in the slot, I think he would be just fine there.

I personally hold corners who are good tacklers in high regard. Many consider the position to be “soft” and not involved in the run game. However, if you have someone who can defend the outside run well and will stick their nose into some contact, that’s a huge boost to your defense. Camryn Bynum reads screens very well, rarely letting a receiver block him.

Bynum has started 38 career games for the Golden Bears. At a position where often players need a lot of coaching up, Bynum is a relatively mature prospect. He’s a guy who has played a lot of snaps and his in-game IQ is incredible. What he lacks in athleticism, he makes up for in being in the right place at the right time. Sometimes NFL teams will find peace in knowing who they have in a prospect rather than projecting as to what they can possibly be

Will get beat deep

Since he plays aggressively in anticipation of shutting down the short and intermediate routes, he can get beat deep. Especially on double moves, he will be two or three steps behind the receiver and either has to make a miraculous effort or allows a big play to happen. His lack of long speed hurts him on this and if this is a problem that has not been fixed in three years as a college starter, I’m afraid it won’t be fixed in the NFL.

Cornerbacks are typically one of the more athletic players on the field. Guarding another, usually excellent, athlete with them knowing the route and you having to guess or anticipate where they will go is one of the toughest things to do in any sport. Doing all of that as an average athlete is very tough. Of course, there have been success stories with average athletes like Richard Sherman, but Sherman has about three inches on Bynum. This isn’t a death sentence, but it pushes him down the board.

Even if he decided not to play this season, we know the player Bynum is. He’s solid in coverage and tough as nails as a tackler but lacks the desired athleticism you want in a cornerback. I think he’s a late second-round pick, but a guy that you can play right away. Many rookie corners don’t see much playing time as the quickness of NFL receivers takes a bit to get used to. Bynum is a smart player and plays the position well, so has a higher floor than the normal guy.