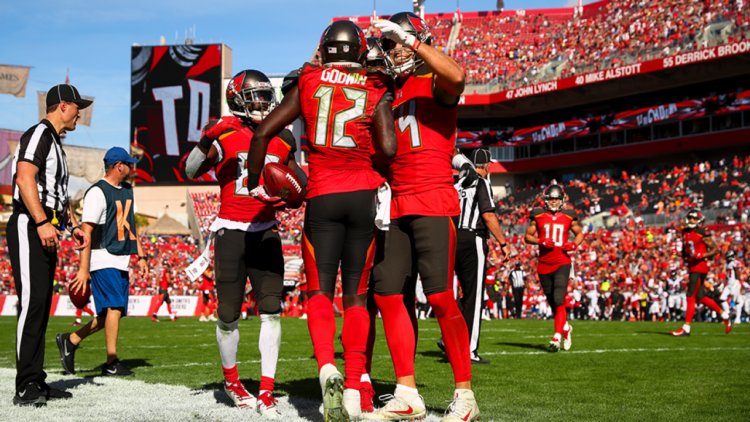 The playoffs are approaching and it’s crunch time for teams and it’s always a good time to get in on some good lines with our betting picks. If you need to brush up on any of the lines and what they mean, check out our betting basics breakdown. Otherwise, let’s get right to the lines of the week and the picks I feel most confident in.

The Lions have been playing hard since Matt Patricia was fired. The problem is that almost their entire defensive staff is out due to COVID. That includes their Interim Head Coach, Defensive Coordinator, Defensive Line Coach, Defensive Backs Coach, and Linebackers Coach. All not on the sidelines for this game. Tampa Bay has the 5th best defense by DVOA and the Lions are without star receiver Kenny Golladay. The Lions have also had a ton of variance as far as production on offense. While the Bucs have also had with slow starts and inconsistent play, the lack of almost any coaching for Detroit on defense will allow the Bucs to cover his pretty large spread.

The Raiders are a shell of the team that beat the Chiefs and Saints earlier in the year. I don’t believe in Mariota if he plays and Carr has suddenly begun to turn the ball over with 8 giveaways over the last five games before he was injured. The Raiders have become the Darren Waller show as Josh Jacobs has also disappeared this year. I like Miami to cover the spread pretty easily here with the way that they’ve started to put together a passing offense. They’re 13th in offensive DVOA and if Parker and Gesicki get back, they should cruise and cover. Even without, they have enough to score against a very bad Raiders defense and hem in a limited Raiders offense.

The Rams are a good team. Don’t let the Jets loss fool you. The Rams defense is 4th best by DVOA and Washington gave the Seahawks a lot of trouble last week. LA matches up really well against Seattle and this is the biggest game of the year for them. Win this, they win the division. I think they’re a more complete team when they’re playing well in all phases. They did it against the Patriots and I think they’ll do it again here to win as the road underdog.

Both these defenses are not good and both teams are built very similarly. They rank 2nd and 3rd in DVOA on offense and both have strong running attacks with quarterbacks that are playing well. Combine that with a porous Packers run defense and a Titans defense that ranks 28th in DVOA and this has all the makings of a track meet. The Packers have scored 30+ in 10 of their games this year and the Titans have scored 30+ 9 times. If you need any more convincing, you can watch some of the schematic and player breakdowns on AJ Brown and how Matt LaFleur is scheming things up for the Packers. This one’s going to be a great game to watch and a great game to bet the over.