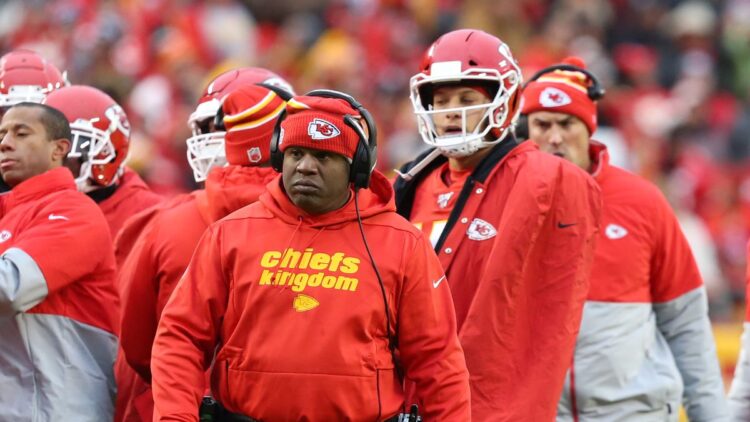 This NFL Coaching Tracker will be updated as interviews, hirings, and rumors are happening so make sure to check in regularly to stay up to date!

Dan Quinn led this franchise to a Super Bowl in 2017, but it has been downhill ever since that moment. Their offense has talent, but Matt Ryan will be 36 at the start of next season and the defense needs a facelift as well. Owner Arthur Blank seems to be one of the better owners in football and is ready to support whoever the coach is. The next man up should have time to rebuild.

The Falcons go with the former Titans offensive coordinator Arthur Smith. Smith has been apart of the Titans franchise for over a decade and has been the mind behind their high-powered offense the past two seasons. The Falcons are in a spot where they can compete now, but may try to tear it down and select a quarterback with the fourth overall pick.

It seems that Matt Patricia never quite connected with his players and in three years went 13-29-1. The team also let go of GM Bob Quinn so the organization will continue the never-ending rebuild by starting fresh once again. They have Matthew Stafford, but the team could look to move on from him and tear the whole team down.

This one genuinely surprises me, but the Lions wanted a different type of coach. Campbell is a hard nosed coach, but seems to be much more player friendly than Patricia. More of a CEO style of coaching than a X’s and O’s, Campbell was a former interim head coach of the Dolphins but now he gets a chance to run the show on a permanent basis.

The Texans relieved Bill O’Brien of his head coaching and general manager duties after an 0-4 start. His seat got hot after several questionable offseason moves that proved to be detrimental for the team on the field. It’s an appealing job because of Deshaun Watson, but Houston doesn’t have a first-round pick this year and lacks the cap space needed to rebuild the roster.

Ummmmmmm….. so to be honest I don’t know a whole lot about David Culley. He’s been an assistant coach in the college and pro levels for over 40 years so he obviously knows the game. Ravens players rave about him as a person and hopefully he’s the start of a much needed culture change in Houston. Probably not the long term answer, but could be a good stop-gap option.

The Jaguars will have the top pick so this seems like a perfect moment for a reset. The team fired GM Dave Caldwell but elected to keep Marrone until the end of the season. With Marrone now out, all signs seem to point towards Urban Meyer coming back to coaching and leading Trevor Lawrence and the Jaguars.

Certainly a splash hire for the Jaguars but a risky one. Meyer has never coached at the NFL level, but is one of the best college coaches in recent memory. The Jaguars are a young team with a ton of cap space and will be getting the best QB prospect of the last decade. The franchise has gone from as close to irrelevant as you can be, to must see TV.

Adam Gase was a disaster in New York and the fact that he made it a whole season was a lazy move by ownership. However, the franchise can only go up from here and the Jets have two first-round picks in addition to a ton of cap space. Also, Joe Douglas had a strong first draft last year so there are some building blocks to work around.

An excellent hire here by the Jets. Saleh provides the enthusiasm that was lacking with Adam Gase. He’s not an X’s and O’s genius, but know how to play to the strengths of his defense. It’s very likely he brings one of the two young 49er assistants, Mike LaFleur or Mike McDaniel, to be his offensive coordinator. Might take a bit to turn this team around, but it’ll happen.

I am pleasantly surprised that the Chargers are moving on from Anthony Lynn. While I don’t think he’s a terrible head coach, he’s been a disaster this year and cost this team with poor in-game coaching decisions. This job becomes very appealing with a young stud in Justin Herbert.

I must say I’m a little surprised by this hire, but Staley is a good young coach. A quick rise up the coaching rankings, Staley has plenty of talent to build a strong defense in Los Angeles. Many expected Brian Daboll to get this job, but the Chargers went in a different direction that makes Staley stay in Los Angeles.

WE GOT OUR FIRST SURPRISE! It seemed as if Doug Pederson’s job was safe, but he was let go just a few years after a Super Bowl win. With so many roster questions, this job might not be as appealing as one would think. On the other hand, they play in a weak division and have the easiest route to the playoffs next season.

The Eagles go with the young upstart and former Colts offensive coordinator Nick Sirianni. He’s a bit of an unknown and the Eagles were the only team to interview him. However, he’s coached under Andy Reid and Frank Reich and the sense is that he will be able to resurrect Carson Wentz’s career.

Bieniemy was a top candidate last year and figures to be a top candidate again this year. While Bieniemy doesn’t call plays for the Chiefs, he is an instrumental part of their historic offense and has played a huge role in the development of Patrick Mahomes. Former Andy Reid assistants have a solid track record of being good NFL coaches and Bieniemy should be no different.

After being on the hot seat after his second season with the 49ers in 2018, Saleh’s stock has gone through the roof. Saleh interviewed for head coaching jobs last year and has the advantage of not having his current team in the playoffs. Thus, it opens his schedule to meet with teams without restrictions. He looks like a good fit for the Lions job, but will surely interview with multiple teams.

Daboll has learned from two of the best coaches of all time in Nick Saban and Bill Belichick and now appears ready to be a head coach next year. He’s led one of the best offenses in the league and has been a key part in the maturation of Josh Allen — whom many saw as a long-term project. Any team that wants to develop a young quarterback or wants to put points on the board will seek out Daboll.

Smith turned one man’s trash into his own treasure. A long-time Titans assistant, Smith has worked wonders with Ryan Tannehill and helped built a strong offensive identity. Of course, he also has a monster at running back in Derrick Henry. He uses a play-action heavy offense to take shots down the field. He might be a year away from getting a job, but he fits the profile of a young offensive innovator that teams covet.

The Colts defense has carried them to a double-digit win season and Matt Eberflus is an integral part to that. While they do have a few up and coming names, their blue-collar identity fits right into their smash-mouth defense. Eberflus is 50 years old so it might be now or never for him as a head coach but there’s no doubt his merits should give him a chance.

He seems to be a college lifer. Several teams reached out to him last year for an interview request and he denied every single one. I think he’ll be in line for a top-end college job soon, but has a solid job in Ames where he has built that program from the ground up.

A Northwestern alumnus himself, Fitzgerald has accomplished more than any other coach in the program’s history. If there was a time for him to make the jump to the NFL, this is the year. Known for his great leadership and communication skills, he’ll thrive as a CEO role rather than an X’s and O’s genius.

One of the most accomplished college coaches of all-time, Meyer’s name surfaced last year as a possibility for the Cowboys job. While he works for Fox as a college football analyst, he may want to try the NFL before he retires for good. I doubt he wants to get back into coaching, but if he does then he’ll be an A+ hire.

The Up and Comers

Joe Brady is an offensive mastermind but is still very inexperienced. His results as an offensive coordinator have been good at the college and pro level, but would be able to build a strong staff? If a team thinks so, then there’s a good chance he’ll find a head coaching job this offseason.

There were reports that Kafka was a name to look out for this offseason. Another Andy Reid disciple, he’s the guy working closest with Mahomes on a daily basis. It’s probably more likely he gets promoted to offensive coordinator of the Chiefs, but he sounds like a head coach in the near future.

I anticipated Staley being a year away from getting head coaching interviews, but it seems there are teams interested in him now. He’s done an incredible job with the Rams defense, making it one of the best in the league. Not bad for a first-year play caller.

Zero playoff wins in sixteen seasons is a tough sell, but he has a great reputation and is well respected. He’s like Caldwell in the sense he’s not a long term solution, but could elevate a young team and give them a veteran voice.

Bowles didn’t win much in New York, but to be honest not many people have won in New York as of late. He’s rebuilt a poor Bucs defense and is known to bring an aggressive approach to that side of the ball. Bowles has the experience, but he would need to bring in a strong offensive staff in order to succeed.

Morris was overwhelmed in his stint as the Bucs head coach a decade ago, but has done a commendable job as the interim Falcons head coach. His defenses have never been all that good, but he’s a strong leader and seems to have a lot of fans in the Atlanta locker room.