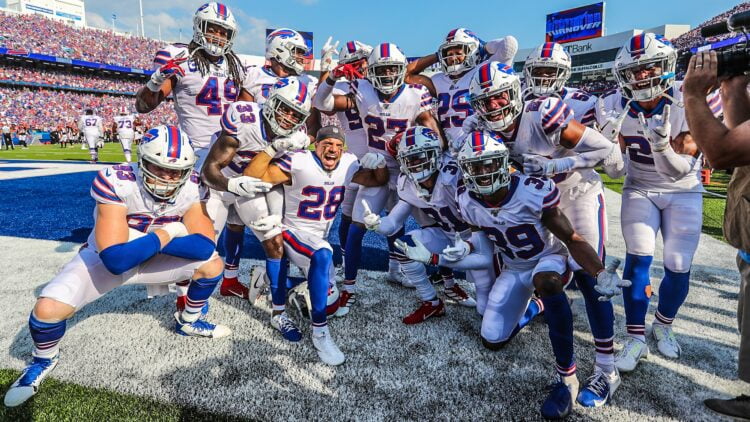 Wild Card Weekend is here, and with it, more betting picks. There’s less games, but that doesn’t mean there has to be less action. Let’s get right to it.

If you need to brush up on any of the lines and what they mean, check out our betting basics breakdown.

The Buffalo Bills offense is absolutely humming right now. In their last three games they’ve scored 56, 38, and 48 points. Over the season, Buffalo is the 5th best offense by DVOA. The Colts on the other hand, have been incredibly average all year. Consistently average at that, too. They have the least amount of variance in their offensive production in the NFL. Their defense started strong but has been middling the last few weeks. With how these two teams are playing, I’d be surprised if the Bills didn’t win by more than seven.

The Bears are about as bad of a playoff team as you can get. That’s including the Washington Football Team. The Bears offense found a little life before playing the Packers, but Chicago has an offense that doesn’t have big play capability. Their defense has gone from elite when Fangio was there to just slightly above average with Pagano at the helm. While ten points may be a lot, the return of Michael Thomas and Kamara could easily get the Saints in blowout territory against Chicago. Keep an eye out for the availability of those Saints weapons as the game gets closer, but if they’re playing, New Orleans will win big.

The Steelers defense is ranked #1 according to DVOA this season, but it’s their offense I worry about. They have completely gone to sleep for the last six weeks and have scored 19, 17, 15, 17, 28, and 22 points. The Browns are going to have trouble with Bitonio and their head coach Kevin Stefanski out, but their fill-in play caller Alex Van Pelt is experienced in the system and they just played the Steelers last week. I think the Browns are more talented and that +220 is too tempting to pass up.

Don’t sleep on this Washington Football Team. They might not be exciting to watch, but boy is that defensive line good. They can get after the passer and they don’t allow big plays. Washington has the 3rd best defense by DVOA. Tampa may have the 3rd best offense, but they are ranked 23rd in variance which means they are one of the least consistent teams as far as offensive production goes. Tampa plays good defense too so don’t be surprised when this ends up being a very low scoring and surprisingly close game. I have to go with the under here as a believer in both those defenses.