Nick Sirianni is a Philadelphia Eagle – What to expect on offense 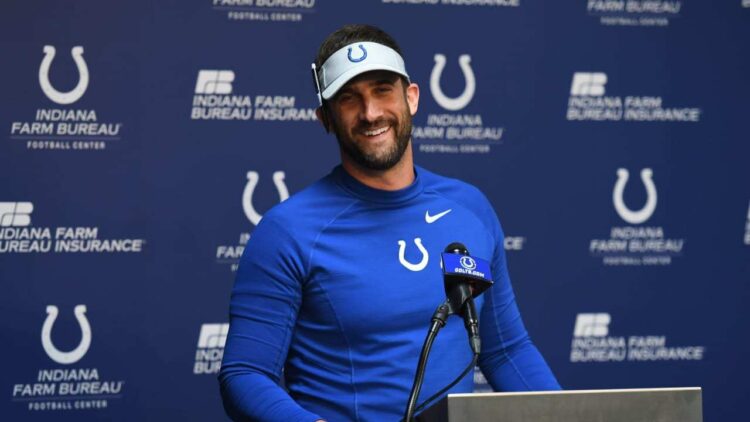 Nick Sirianni is the new head coach of the Philadelphia Eagles. After playing DIII football as a receiver at Mount Union and being drafted by the Canton Legends of the AIFA (Atlantic Indoor Football Association), Sirianni decided to start his coaching career back at his alma mater as a defensive backs coach.

After winning the DIII championship in 2005, he moved on to Indiana University of Pennsylvania as a receivers coach. After three seasons there, he made it into the NFL as a quality control coach for Todd Haley and the Kansas City Chiefs.

His next stop was with the San Diego Chargers and Mike McCoy in 2013. San Diego is also where he met Frank Reich. Sirianni worked as the quarterbacks and wide receivers coach with the Chargers until Frank Reich went over to the Colts in 2018 and hired him as his offensive coordinator. Sirianni held that position until he was hired with the Eagles.

Expect a lot of Sirianni’s run scheme to mirror that of Frank Reich’s. He spent time working with Reich in both San Diego and then again in Indianapolis. It’s safe to assume a lot of their scheme will be similar. Since Sirianni hasn’t ever worked as a play caller or been the sole offensive coordinator without an offensive head coach, it’s hard to gauge exactly what the things will look like in Philadelphia.

However, if he brings the inventiveness of Reich’s run game to the Eagles, fans should be very excited. The Colts with Sirianni as offensive coordinator were incredibly multiple in their run schemes. There wasn’t a ton of pre-snap motion like you see with Shanahan and McVay, but there were a lot of interesting run scheme designs in Indianapolis. Sirianni definitely runs his fair share of outside zone like most teams do, but he and Reich also implemented some nice wrinkles

Sirianni really likes to stress the edge of the defense to create cutback lanes and get linebackers and defensive linemen flowing. He likes to do that in inventive ways, too. Below, they make it look like another outside zone play with a slice across from the upback, but instead hand it off on a jet sweep.

Sirianni is also pretty creative with his personnel in the backfield. He used a good amount of two-back sets and tight bunch formations.

Nick Sirianni has three central tenets to his passing scheme:

It sounds simple, but not every coach attacks people through their formations like the Colts and Sirianni did. Take a look at him breaking down some of those tenets and his thought process below:

What the scheme means for the Eagles roster

The run game will look much different than it did with Pederson. A healthy line will be the start, but Sirianni does a great job of stressing defenses in diverse ways in the run game. He sets up angles for linemen and uses each back differently to make the most of their skillset. Miles Sanders will thrive in some of the outside zone and gap looks while Bart Scott will be able to stretch the edge of the defense and work in a similar role as Nyheim Hines did in Indianapolis.

The biggest boon, though, will come in the passing game. Sirianni’s philosophy simplifies things for the quarterback and gets playmakers in space. He’ll find ways to get Jalen Reagor on the move running across the field, attack matchups with Goedert’s size, and stress defenses formationally and with tempo. All of those things will be huge for either Jalen Hurts or Carson Wentz. Every quarterback can benefit from starting over in a new system, breaking old habits, and getting clearer reads. Sirianni is a bit of a mystery having never designed his own offense, but if he’s anything like Frank Reich, the Eagles picked a good one.