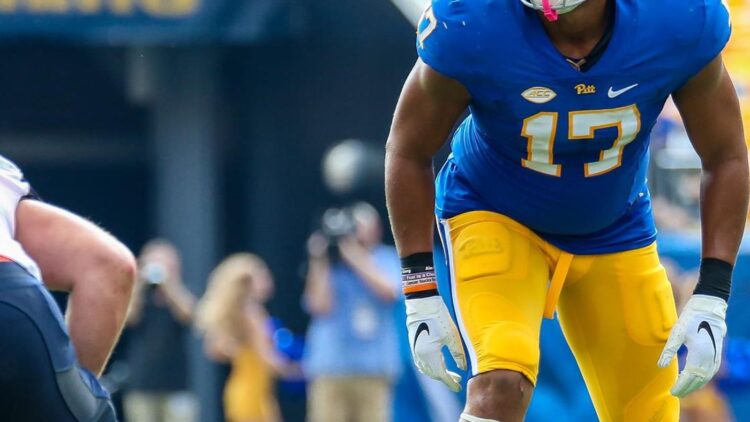 The Senior Bowl is meant for the cream to rise to the top and luckily for Rashad Weaver, he impressed all week. A redshirt senior, he missed the entire 2019 season due to an ACL tear. Weaver bounced back and became an All-American alongside his teammate Patrick Jones in 2020. He might not be the prospect that Jones is, but he’s a solid pass rusher. Despite being on the older side, there’s still hope that Weaver can be a menacing rusher off of the edge.

As a pass rusher, being technically sound is just as important as being a freak athlete. A guy like Myles Garrett might win by blowing past tackles with power and athleticism, but a guy like Nick Bosa wins with hand usage and technical prowess. Weaver is one of the better edge players in this class in terms of using his hands. When a tackle tries to get his hands on Weaver, he’s excellent at removing that punch quickly and efficiently.

Weaver had 14 sacks his last two seasons, but that’s not the extent of the impact he had. If he wasn’t getting to the quarterback, he was forcing them to step up or escape the pocket. Of course, you want your defenders to complete the play and sack the quarterback, but pressuring them into throwing the ball away is a good alternative.

Playing to His Size

At 6’5″, 270 pounds, Weaver has the ideal size for a defensive end. He consistently uses his large frame to get his hands up in passing lanes. At times, he can play strong and maul smaller players. I would like to see this type of aggression on every play, but he shows enough flashes to make me confident it can happen more frequently.

It could be a lack of effort or refinement, but Weaver is not a good run defender at this point in his career. He misses far too many tackles and doesn’t have the feel for this part of the game. If he doesn’t develop in this department, he won’t last long in the league. As a result, he’s a third-down pass rusher who lacks explosiveness. That’s quite the project for a fifth-year senior.

Weaver did sustain an ACL tear in 2019 which could explain this, but he didn’t look like a great athlete this past year. Of course, you don’t need to be an athlete to succeed in the NFL, but it sure as hell helps.

Weaver came back from an ACL tear and saw his numbers go up in 2020. I think he’s most likely to be a third-down player and special teamer early as he continues to polish his game. If Weaver continues to look strong in the pre-draft process, we could see him go early in the third round. This would mean that a team expects him to produce early and has a detailed plan for how to use him.