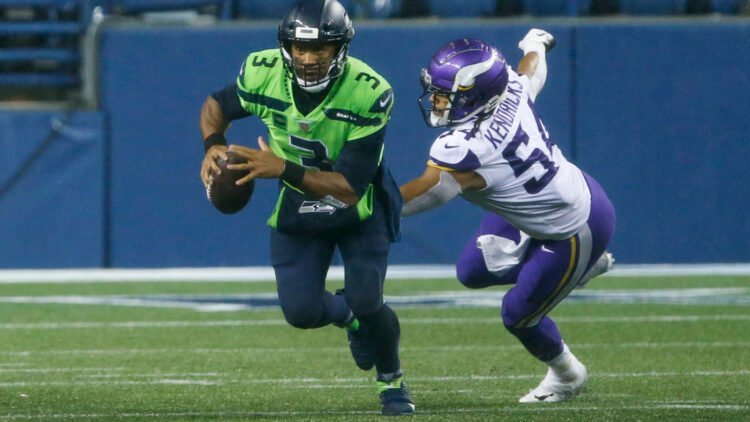 It has been six years since the now-famous goal line interception that ended the Seattle Seahawks’ chances at becoming back-to-back Super Bowl champions. Since that moment, Seattle has posted an unspectacular 3-4 playoff record and has not advanced past the divisional round. Despite fans clamoring for the organization to “let Russ cook,” Seattle’s season ended with a 20-30 defeat at the hands of the LA Rams during Wild Card Weekend.

Quarterback Russell Wilson has now publicly critiqued the team’s failures to defend him in the pocket. In addition, the NFC West looks to be even more competitive in the coming season. The Seahawks should have no aversion to “letting Russ cook” and he is an elite player and leader. Seattle would do well to surround him with some other “chefs”, though, especially on the defensive side of the ball.

After a strong start to the season, which saw Wilson lead his team to a 5-0 record while posting a 19:3 touchdown to interception ratio, the momentum was lost as the season progressed. Seattle fielded the 31st ranked pass defense and regression from their star quarterback saw Seattle narrowly clinch the division. Seattle will need to find a way to protect Wilson with only around $5 million in cap space, the 56th overall pick and a handful of departing free agents.

Despite a blockbuster trade for Jamal Adams to begin the season, Seattle still gave up 280 passing yards a game. That does not bode well for Seattle in an NFC West division that is home to Kyler Murray, Matthew Stafford and a healthy Jimmy Garoppolo. With limited draft capital, Pete Carroll should look to invest in a young cornerback to solidify his defense.

Read More: 49ers Team Needs: Run it Back or Rebuild?

A great fit would be local defensive back Elijah Molden out of Washington. A breakout 2019 season saw Molden produce three forced fumbles, 12 pass deflections, and pick off four passes en route to receiving All-Pac-12 honors. Molden returned to Washington in 2020 and despite only playing four games, he still flashed during his final year with the Huskies. Molden has strong football instincts and the ability to cover both the outside and slot receivers. However, standing at 5’10 and weighing 190 pounds may make covering elite receivers difficult. Yet, his high football IQ will allow him to instantly play and make an impact.

If Seattle chooses to pursue a more physically gifted cornerback, then Stanford’s Paulson Adebo may also fit the bill. Adebo is 6’1, close to 200 pounds, and possesses a long frame with great quickness. He compiled eight interceptions and an outstanding 27 pass deflections across his two-year college career. Having been tasked with shadowing opposing team’s primary outside receiving option during his time at Stanford, Adebo has the competitive drive and willingness to go toe-to-toe with top talent. However, there are looming questions after his decision to opt out of the 2020 season. Adebo often found himself on the receiving end of double moves due to his aggressive play.

With the defense being addressed through the draft, the next most pressing issue is reinforcing the offensive line. Wilson was 3rd among all quarterbacks in sacks taken at 47. He proceeded to take another five hits during Seattle’s loss to the top-ranked Rams defense. Now up to 394 career sacks, if the Seahawks do not find a way to project their leader, injuries or frustration may prematurely end his time in Seattle.

After a disappointing end to the season, the Pittsburgh Steelers may look to enter a rebuild. This would leave starting right tackle Matt Feiler as a bargain signing to provide Seattle with an underrated pass blocker. Having posted the 5thhighest pass blocking grade for his position, Feiler will instantly allow Wilson more time in the pocket and provide protection for when the mobile quarterback decides to rely on his legs.

Another player that may find themselves the causality of limited cap space is Kansas City’s Austin Reiter. Despite only playing 12 games this past season, the 5th year pro surrendered zero sacks while also committing zero penalties. A healthy Reiter would provide the most stable protection Wilson has had at center since the departure of All-Pro Max Unger in 2015.

At the end of last season, coach Pete Carroll made sure to remind the league that the 2021 season would feature an emphasis on running the ball. Afterall it was an aggressive, run oriented offense that lifted Seattle to multiple Super Bowl appearances.  Unfortunately, before this strategy can be implemented, Seattle will need to address the fact that starting running back Chris Carson and primary backup Carlos Hyde will both be unrestricted free agents.

With the impending departure of their two lead backs, Seattle may need to take a shot at a 2020 breakout player. With Christian McCaffery missing all but three games this year, Mike Davis seized the opportunity and provided a career year. Compiling 1,015 yards and 8 touchdowns, Davis could be looking for an opportunity outside of McCaffery’s shadow to prove himself capable of being a lead back on a playoff-caliber team. In Davis is a capable rusher and receiver and has minimal wear on his body.

Unlike so many struggling teams, Seattle is fortunate enough to have an elite quarterback firmly in the prime of his career. For the past six years they have relied on Wilson’s ability to extend plays, avoid injury, and provide leadership. As their division becomes more competitive and Father Time begins to catch up to veterans such as Bobby Wagner and Wilson; the Seahawks need to rally with limited financial flexibility and draft capital. The clock is ticking and they must act fast before it is Russ who finds himself “cooked”.