Vikings Team Needs: Live and Die in the Trenches 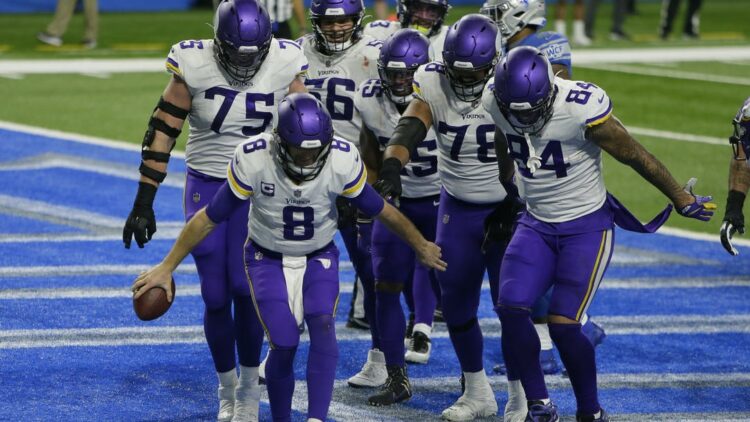 The Minnesota Vikings entered 2020 with aspirations for a Super Bowl run, but were met with disappointment as they finished with a 7-9 record. The team struggled to win at the line of scrimmage on both sides of the ball. Their pass rush suffered tremendously from the injury of Danielle Hunter and Covid-19 took away key players like Michael Pierce who opted out before the season. Although there was no happy ending, Minnesota should be very optimistic about this upcoming season. The Vikings have 10 draft picks with six coming in the first four rounds. These picks along with a healthy defense could quickly turn things around for the Vikings in 2021.

Read More: Is Kirk Cousins the answer for the Vikings?

Losing Danielle Hunter for the season was the start of the defensive issues for the Vikings. His strength and speed was severely missed and no one else on the roster (besides Yannick Ngakoue) could generate pressure on opposing quarterbacks. According to PFF, the Vikings ranked last in the league in all pass rush categories. This lack of pass rush made life tough for their young secondary. Minnesota traded for Yannick Ngakoue believing the former Pro Bowler would be key to their success. Ngakoue achieved a team high five sacks in six games and was the most productive lineman on the team. However, the Vikings traded him away in response to his run defense as he graded at 45.8 according to PFF. Plugging in some pass rush would be monumental for the Vikings as it can alleviate some of the issues on the rest of the defense.

With pick 14 in the draft, the Vikings may not have their first option at EDGE. This is a relatively top heavy draft for pass rushers with only three guys worthy of a top 15 pick. between the premier EDGE players in the first round. Gregory Rousseau from Miami was a monster in 2019, but opted out of the 2020 season. What seems to be a good choice gives pause since he only has one year of college experience. His teammate, Jaelan Phillips is one of the top edge rushers in the draft, but has a concussion history that is very concerning and a major risk for his position.

If he falls to them, Kwity Paye from Michigan is the safe choice for the Vikings as he can be a starter on day one. His size and athleticism is what separates him from others in his class. At 6’4″ and 272 pounds, he weighs more than the average edge rusher, but has similar speed. Paye’s size allows him to play interior or edge without being at a disadvantage. He uses his strength to set the edge on outside zone runs with speed to chase ball carriers down. His agility on stunts allows him to draw double teams or wreak havoc on the inside. Paye’s pass rush needs improvement as he only had 11.5 sacks in his college career, but he has upside due to the amount of QB pressures he was able to generate. Having Paye opposite of Hunter creates an opportunity to change those pressures into sacks.

The interior of the Vikings defensive line struggled without Michael Pierce. After Pierce opted out, run defense ranked 27th in the NFL and allowed 134.4 yards per game. They also had a run stop win rate of 24 percent which ranked last in the NFL. This became the teams’ biggest concern after Alvin Kamara’s six touchdowns on Christmas day. The Vikings are hoping for some holiday cheer when the draft begins in April.

If they trust that the return of Kendricks, Barr, and Hunter will fix the pass rush, they may want to address the interior with Jay Tufele from USC. He is more athletic than most and is 6’3″ and 315 pounds. He also has the technique to complement that large frame. Although he opted out of the 2020 season, Tufele is projected as a 1st to 2nd round pick. With no 2nd round pick for the Vikings and an assortment of late picks, they could trade up to grab him if he slips into the 2nd round. He is stout run in the run game and is agile enough to play multiple gaps. He racked up 42 tackles and 5.5 tackles for loss in 2019. He has shown to be a solid interior pass rusher as well and tallied 4.5 sacks. When Tufele cannot make the play, he draws double teams which gives his teammates more freedom to work. This is a great pick for the Vikings as there are minimal concerns to what impact Tufele will have in the NFL.

When you look only at the offensive stats for the Vikings, it is difficult to tell that their offensive line is in need of help. Dalvin Cook rushed for 1,500 yards and Justin Jefferson and Adam Thielen combined for 2,325 yards. Some believe that Kirk Cousins is the lone problem, but he wasn’t at fault for all of his 39 sacks and has shown the ability to compete at a high level. While the offense found success in 2020, the offensive line needs restructuring heading into next season, particularly on the inside.

Left tackle Riley Reiff’s tenure may be ending, although he had a good season. The Vikings are seven million over the cap and cutting Reiff can give them 12 million to allocate towards signing someone in free agency. The bigger issue is at the left guard position as they will need an upgrade for Dakota Dozier. Dozier, who is now a free agent, was the lowest rated guard in the NFL at 44.6 according to PFF. The offensive line as a unit ranked last in the NFL which made it difficult to convert on third downs. It is possible that the Vikings may end up needing a guard and tackle, but I believe Reiff restructures his contract and stays. The draft capital they hold also allows them to add depth at these positions and if Wyatt Davis is there at #14, he would be hard to pass up.

The Vikings can fill this void in free agency with Joe Thuney. While there are quality guards in the draft such as Wyatt Davis, it is not ideal for them to trade back into the first round for him. The most ideal situation is to release Shamar Stephen and Kyle Rudolph to free up almost 14 million in cap space. Thuney has not missed a game in his five years in the NFL and is an instant upgrade. He excels as a run blocker, but is adept at pass blocking as he is ranked third among all guards. He can create lanes for Cook on inside runs or give extra help on the outside when he pulls. Thuney will also slow down inside pressure giving Cousins time to make his reads.

The Vikings have to address both the defensive and offensive lines. They have the skill positions outside with Thielen and Jefferson, two talented corners going into their second years with Gladney and Dantzler, and are getting a lot of players back from injury. With some help on the Edge and on the inside, Minnesota could quickly rebound to the top of the NFC North.