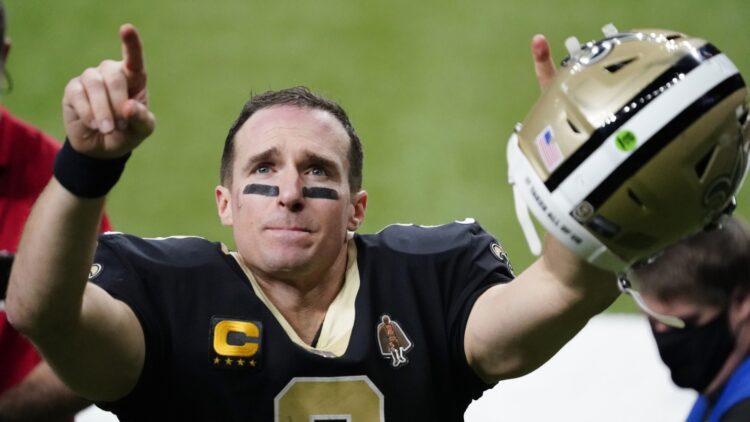 The 2020 Saints should hold their heads high. They should look at their 12-4 record, 5th ranked offense and defense, and feel confident in their place as an NFC contender. Sure, they could use reinforcements at a few key positions, most notably wide receiver, corner, and linebacker. They even managed to restructure their way out of being $100 million over the cap. Yet, none of that seems to matter as first ballot hall of famer Drew Brees announced his retirement on March 14th. Losing a quarterback can crush even the most complete teams. Losing an unquestioned legend who revitalized a team and city may be too much to overcome no matter the how many moves are made. The Saints will look to recently re-signed Jameis Winston and the restructured contract of Taysom Hill to fill the void. A strong draft and cost-effective free agency could ensure the loss of Brees doesn’t mean the end of quality football in New Orleans.

The “Who’s” of Who Dat Nation

With the departure of Brees, the Saints have decided to stick with Hill and Winston entering the 2021 season. With the most important position addressed, there are three other positions of need. The first, is wide receiver. All-Pro Michael Thomas only managed to start five games this year. His 149 catches during the 2019 season remain the NFL all-time single season record and his healthy return will elevate the Saints 19th ranked passing offense.

Outside linebacker Demario Davis was also an All-Pro performer in 2019 and is coming off a solid season where he posted 73 solo tackles, four sacks, and has been an anchor in the middle of New Orleans defense for three years. Lastly, cornerback Marshon Lattimore secured a spot at the 2020 Pro-Bowl despite a relatively down year that saw his player grade dip to 54.1. Despite that, New Orleans still fielded a top five passing defense. The issue is each of these star players lack a complementary piece to help them. A mixture of free agent signings and draft picks could provide depth to this top-heavy roster.

Since the paring of Sean Payton and Drew Brees in 2006 the Saints have been home to one of the most prolific passing attacks in the league. Yet, 2020 saw injuries and age decimate the usually dominant passing game. While Alvin Kamara is a skilled pass catcher out of the backfield and a healthy Michael Thomas is all but guaranteed to produce 100 catches and 1,000 yards, the Saints should look to provide support for their two All-Pro weapons.

There is no doubt the Saints have the ability to dominate the short passing game. To unlock the full lethality of the passing attack, they need a player capable of stretching the field. DeSean Jackson has made a career out of long receptions and explosive plays. Injuries and age have limited him to only eight games over the last two seasons, but a career mark of 17 yards per reception prove Jackson was made to attack defenses down field. Given the Saints limited cap space, Jackson could be a cheap option that offers high reward and little risk. If injuries limit the three time Pro-Bowler, New Orleans can confidently part ways with him knowing there will be little financial cost.

Shoring Up the Defense

For the past 15 years, offense has been the calling card of the New Orleans Saints. Now they must look to a talented defense to build on their 5th ranked passing and 4th ranked rushing performances in 2020. With established name recognition at all three levels, adding more talent on this side of the ball will keep the Saints within striking distance of the top teams in the conference.

Veteran Kwon Alexander was recently released from the roster and Alex Anzalone is set to hit free agency. That creates a rather large hole next to Demario Davis. This is where the 28th pick and Tulsa linebacker Zaven Collins will come into play. Collins only played in eight games during the 2020 season, but put together a solid career that showcases his versatility from the linebacker position. With career totals of 129 solo tackles, eight passes defended, 7.5 sacks, and five interceptions, Collins can be deployed in a variety of ways. At 6’4, 260 pounds he will be able to battle both in the trenches and cover most receiving threats over the middle of the field. With offenses becoming more dynamic every season, a player like Collins can be trusted to start immediately while impacting the game as a pass rusher, run stopper, and coverage defender.

Marshon Lattimore ensures the Saints will always be able to match up with a team’s top outside weapon.  Unfortunately, in a division with Mike Evans, Chris Godwin, Julio Jones, Calvin Ridley, Robby Anderson, and DJ Moore, one corner is simply not enough. Josh Norman is not the same player he was in his prime with Carolina, but in his last two seasons, he posted player ratings well above 100. While he has dealt with injuries, in three games last season he managed one interception, one forced fumble and 21 solo tackles. Norman, similar to Richard Sherman, could look to sign a short term “prove it” deal as he attempts to recapture his early career success and contribute to an already elite defense. For the Saints, it adds a veteran presence in the secondary.

There is no getting around the fact that Drew Brees is gone. However, they have managed to remain highly competitive even as Brees began to decline. By investing in their defense and adding a few low risk, high reward players on offense, the Saints can remain as contenders in the deep NFC.