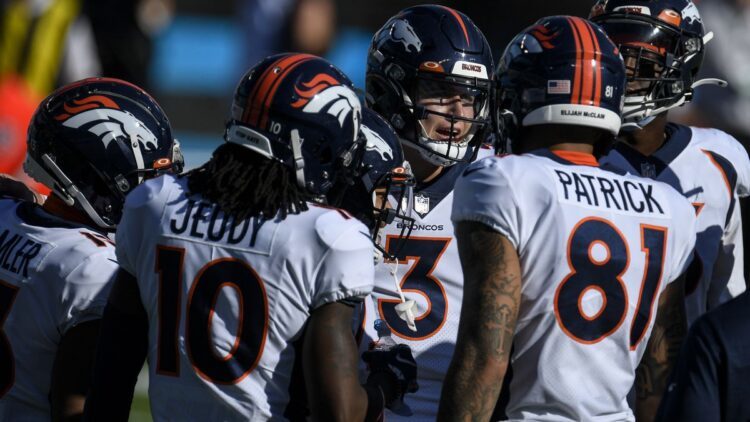 The Denver Broncos entered the 2020 season optimistic of the leadership and growth of their young talent on offense. Unfortunately, Covid-19 and a new offensive scheme derailed their hopes of capitalizing on a 4-1 end in 2019. In 2020, they finished last in the AFC West with a 5-11 record. The offense had issues all season and they were not very productive with new offensive coordinator Pat Shurmur. The Broncos offense ranked 28th in points scored and dead last in turnovers. The big question of the offseason is whether to blame the quarterback or offensive coordinator for the lack of production. The Broncos are loaded with talent on both sides of the ball, but haven’t lived up to their potential. There are a few key holes this team needs to fill to become contenders in the AFC.

There was hope that Drew Lock would take a leap in 2020 after leading the team to a 4-1 record at the end of 2019, but that hope faded quickly after the offense struggled to find consistency. According to PFF, Lock had a 57.3 completion percentage which was worst in the NFL. While this fuels the fire of moving on , it does not tell the full story. This is due to consistent dropped passes from his receivers throughout the season. Jerry Jeudy and KJ Hamler both had the worst drop percentages among qualified receivers. Lock does need improvement in multiple areas, but the offensive inconsistency is not solely his fault. If the Broncos choose to take a quarterback with the ninth pick, it is most likely Justin Fields or Trey Lance. This seems unlikely, though, because of John Elway’s faith in Lock. He may have one year left to try to prove the organization right.

The Broncos had a disappointing year from their cornerbacks in 2020. They signed AJ Bouye, bu the struggled to produce like he did in Jacksonville. He had issues with injuries and did not perform when healthy with a coverage grade of 52.4, according to PFF. On the other side, Bryce Callahan was a bright spot at the position in 2020 and was considered the team’s best corner. Callahan earned a PFF coverage grade of 86.7 which was third among all qualified corners. The Broncos have signed Kyle Fuller and Ronald Darby, but they should look to add more depth in the draft. Callahan and Fuller will both be 30 and free agents in 2022, creating a need for a young cornerstone talent.

The Broncos cornerback group earned a coverage grade of 54.8 which ranked 22nd in the NFL. That won’t cut it in a division with the passing attacks of the Chargers and the Chiefs. They can instantly set themselves up for success by drafting Patrick Surtain II. Surtain plays physically at the line of scrimmage without being overly aggressive. Vic Fangio can utilize him best in man and press coverage with two dynamic pass rushers in Bradley Chubb and Von Miller. He was not tested often in 2020, but displayed the ability to play the ball in the air with 10 pass deflections. Surtain will also be paired with dynamic safeties that can hide some of his deficiencies in zone coverage. He does lack some quick twitch that can cause problems guarding shiftier receivers like Tyreek Hill, but he may be the most complete corner in the draft and will instantly upgrade this defense.

The Broncos have Juwann James at right tackle for 2021, but his future with the team is uncertain. He had an injury plagued 2019 with tears in his MCL and meniscus. He then opted out in 2020 because of Covid-19. His 4 year contract, which is worth $51 million, has not panned out and Denver is most certainly looking for a cheaper replacement.

The Broncos use their second round pick to add Teven Jenkins as James’ replacement. Jenkins’ most outstanding trait is his versatility to play across the offensive line. During his time at Oklahoma State, he rotated between guard and tackle before becoming the full time starter at right tackle. He has great size at 6’6″, 320 pounds and clears lanes for his running backs. Jenkins utilizes his hands well by getting into his defender quickly which allows him to power through blocks. He also has the athleticism to pull around the edge on counter runs for Melvin Gordon. The downside is that his arm length is not ideal which could cause problems in his pass protection. Jenkins is somewhat raw and would need to develop more technique for elite edge rushers like Joey Bosa, but he is a good investment if he can learn behind James for a year.

If The Broncos make these moves, they would gain ground in a competitive AFC West. There are still other important areas they need to address such as a cover linebacker and some young talent at safety. Kareem Jackson will be 33 and a free agent after the season and they’ve had some issues covering out of the backfield. The biggest question this Broncos team needs to answer is the quarterback position. In the NFL, a team goes as far as the quarterback takes them and the coaching staff has to decide if they will create a new system for Drew Lock or move on from him altogether.