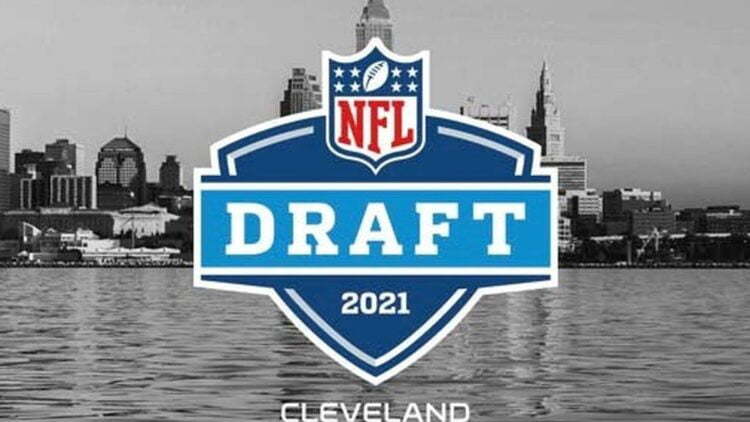 We’ve made it. It’s draft day. Unless you’re a Jaguars fan, you’ll probably hate who I have your team picking and I welcome that. HERE. WE. GO!

Slam dunk pick. The real question I’d like to know is how soon will Lawrence appear in one of those Head and Shoulders shampoo commercials?

Wilson to the Jets seems like another lock and he will surely have his work cut out for him. The Jets are still years away from being ready, but with Mekhi Becton and a decent trio of receivers, he can grow into becoming the face of the franchise.

I’ve said this a few times, but it’s true. Either John Lynch and Kyle Shanahan are running the best con in NFL draft history or Mac Jones is their guy. Will Jones ever be a guy worthy of a top 3 pick? I doubt it. Either way, the 49ers have collected their chips and are going all in. Will they get a royal flush or a bust?

No one expects the Falcons to draft this high again in the near future with the talent they have, so picking a quarterback is tempting. However, it’s just not realistic given the dead cap hits on Matt Ryan’s contract the next two years. Ultimately, I believe they get Pitts who has the chance to become a Hall of Famer. Yes, he is that good.

The rumors are flying around that the Bengals are torn between Ja’Marr Chase and Penei Sewell at this spot. I believe they make the right choice here by drafting Sewell. Having a great receiver means nothing if Burrow doesn’t have time to throw the ball. Sewell is a stud who can anchor an offensive line for years to come.

The Dolphins’ rebuild has been much faster than even they anticipated. Chase is the best receiver in the draft and gives Tua a legitimate WR1 for the future. His former Alabama teammates are tempting, but neither has the upside of Chase.

Our first trade! You can’t convince me that with Bill Belichick at age 69 and having Tom Brady win a Super Bowl without him that he will be fine with Cam Newton as his future quarterback. Belichick knows that he needs to find a quarterback who can elevate his offense and put this team in a position to win in the near future. Fields may need a season to learn, but he’s going to be special.

With the Panthers and the Broncos making moves to acquire quarterbacks before the draft, they’ll both look to move down. Luckily for them, there are a few teams that are willing to move up as high as they can to pick whichever quarterback is still on the board. Washington is a team that is slowly building into a contender but lacks a young quarterback. By selecting Lance, they can let Fitzpatrick start for a season before letting him take over.

Does acquiring Teddy Bridgewater totally eliminate the Broncos from selecting a quarterback? No, but I think it’s unlikely now. The Broncos did just extend tackle Garrett Boles, but in general, their offensive line isn’t great. Slater can play any spot on the line and can start from day one.

The Cowboys are in a prime spot here as they can draft the best defensive prospect this year. In my eyes, that’s Patrick Surtain II, a cornerback who is ready to start as a rookie. The secondary (defense in general actually) was a glaring weakness for the team and reuniting Surtain II with his college teammate Trevon Diggs could turn this secondary around.

It seems like the Cardinals are ready to compete right now and will be aggressive in trying to acquire a defensive back to replace Patrick Peterson. The Eagles are a team at 12 that will consider getting a corner, so the Cardinals move up in front of them to get the most physical corner this year, Jaycee Horn.

Last year’s Eagles wide receiver’s room was brutal. Between injuries and inexperience, there was not much help for Carson Wentz or Jalen Hurts. Now, in order to fully evaluate Hurts, you need to find some weapons. Waddle is a Tyreek Hill-like receiver whose speed makes him a threat to score anytime he touches the ball.

Don’t look now but the Chargers are a team that’s ready to win. However, in order to compete in the AFC West, they’ll need to figure out their offensive line. Signing Corey Linsley is big, but they still need another tackle and guard. Drafting Darrisaw, a pro-ready left tackle, would help elevate the unit.

Vera-Tucker is a versatile offensive lineman who could fill multiple holes along the Vikings offensive line. They’ve invested a lot of money in Dalvin Cook and Kirk Cousins and getting them help should be a priority.

The Lions need help everywhere so this is a spot where they target the best player available. While I don’t think Jared Goff is their future, he is their present and they’ll be patient in finding the right guy. Meanwhile, Smith is a pro-ready receiver who steps in and becomes their top target.

I know you’re probably thinking that Dave Gettleman never trades down. While that is true, this is the year it changes. This Giants team is still looking for a game-changer on defense and Parsons has the chance to be that guy. He’s a sideline-to-sideline linebacker and is an excellent blitzer.

If there is one player in this draft that exemplifies the kind of player Jon Gruden wants to coach, it’s Teven Jenkins. He’s a nasty offensive lineman that enjoys mauling defenses.

It’s true that Phillips doesn’t have the best injury history, but Brian Flores should take a chance on his upside. His defenses in Miami have had to rely on a lot of blitz packages in the past, but with a healthy Phillips, he won’t have to. If he stays healthy, Phillips will end up as the best defensive player in the draft.

After a savvy trade down, the Panthers are still able to get a talented player. On film, Farley has the makings of a lockdown cornerback. The problem is that he was unable to stay healthy at Virginia Tech and recently just had back surgery. The Panthers will roll the dice based on his upside.

There’s a strong chance that the Bears are the team left at the altar in terms of finding a young quarterback for next year. Regardless of who they have at that position, they need a receiver. Bateman can blossom into their top guy while also contributing right away.

It was evident in the post-season that the Packers need some more depth at the cornerback spot. There’s a consensus that there are four corners with a first-round grade and the Packers won’t be able to sit back at 29 and wait for one to fall to them. Newsome would be able to pair up with Jaire Alexander and form a strong duo.

Derrick Henry is one of the best in the game and AJ Brown is a stud at receiver, but this Titans offense needs more. By adding a dynamic offensive weapon like Toney, their playbook really opens up and adds a speed dimension they’ve been lacking.

Like I said earlier, the Jets aren’t competing this year, so they can draft guys who need work. Paye is a historically great athlete, but his on-field play left something to be desired. Luckily for him, the Jets will coach him up and let him grow.

Najee Harris just feels like a Steeler already. The team does have a few holes on the offensive line, but they also don’t have much at running back. It’s time they went back to their roots and get themselves a bell-cow back who can play a physical brand of football.

The Jaguars can go with several guys here, but I think they continue to strengthen their secondary. A trio of Moehrig, CJ Henderson, and Shaquill Griffin is strong and young. Then throw in the promising edge rushers they have and now you have something to build on.

As we saw down the stretch, Barmore is just scratching the surface of who he can be as a player. He does have a tendency to turn it off and on, but his talents would be welcomed on a Browns defensive line as they try to get Myles Garrett another young defensive lineman to pair with.

The Ravens edge group right now is very uninspiring. Ojulari might be two seasons away from becoming a starter, but he can be used as a situational pass rusher. In order to get through the AFC, you’ll need to put pressure on guys like Mahomes and Allen for the next decade.

Are we going to see a double dose of Davis at linebacker for the Saints? Demario Davis is one of the better linebackers in football, but they haven’t been able to find someone to play alongside him. Jamin Davis is a great athlete for his size and can cover a lot of ground. Those two would complement each other very well.

Colts general manager Chris Ballard LOVES to trade down, so we should almost expect it at this point. They have a need at left tackle after the retirement of Anthony Castonzo and Cosmi can eventually take that spot. From an athletic standpoint, Cosmi would be an upgrade but needs to get stronger in order to go up against NFL defenders.

Jerry Hughes and Mario Addison, the two defensive ends for the Bills, are both on the wrong side of 30 and can’t be a part of the team’s long-term plans. Rousseau is very raw, but has the physical attributes and closing speed to one day be a special pass rusher.

Let’s just make this clear, Terrace Marshall is a heck of a receiver. He is great from the slot and can work all three levels of the field. The Ravens need pass catchers, preferably whith size. Marshall should see a lot of playing time right off the bat.

As the Buccaneers are bringing back all of their starters from last year, I think they are in a spot to trade down and look for guys they can develop in the later rounds. Plus, a lot of teams want to move to the 32nd spot because it’s the last pick where you will have a fifth year of control on a rookie’s contract. The Falcons need a ton of help in the secondary and Holland is a versatile chess piece that could line up anywhere.