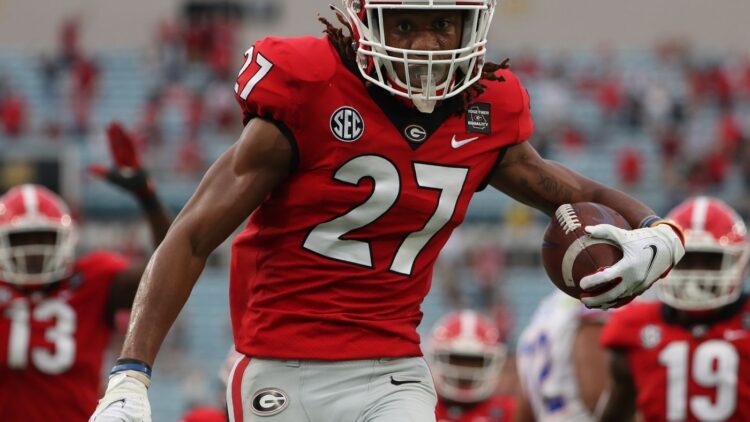 At 29 overall, the Packers had their choice of: Jeremiah Owusu-Koramoah, Elijah Moore, and Trevon Moehrig. All really good talents and great fits for the scheme and philosophy of what the Packers want to do on offense and defense. It’s a group of guys that most Packers fans would have been happy to have to pick from.

Instead of one of those three, the Packers went with Eric Stokes out of Georgia. By no means is Stokes a bad player. He is incredibly fast and ran 4.25 at 6’1″ and 185 pounds. His relative athlete score is 9.37 out of 10. The man can move. He has all the potential in the world and can be an absolute monster corner in combination with Jaire Alexander. He’ll immediately push Kevin King for the starting job. While he has the track speed, he didn’t always translate that to game day. He had some stiffness in his change of direction and could get grabby at the top of his routes. As a zone corner, though, he can be a huge problem for offenses.

Luckily for the Packers, new defensive coordinator Joe Barry will be running a lot of zone coverage out of a two-high shell which should be a great fit for Eric Stokes. He has improved his press technique from 2019, but still isn’t a super physical guy at the line of scrimmage. With his size and speed, he could be a guy that plays inside or outside on the new Packers defense. He has amazing downhill drive and the speed to make up for some more aggressive play. He’s going to need to step up in the run game, though as it was a huge weakness for him in college.

If he can put everything together and play to his athletic potential, the Packers’ secondary could immediately become one of the best in the league with Adrian Amos, Jaire Alexander, and a blossoming Darnell Savage. There may have been better value on the board with the Packers selected, but the Packers needed a corner in a bad way and a corner is what they got.