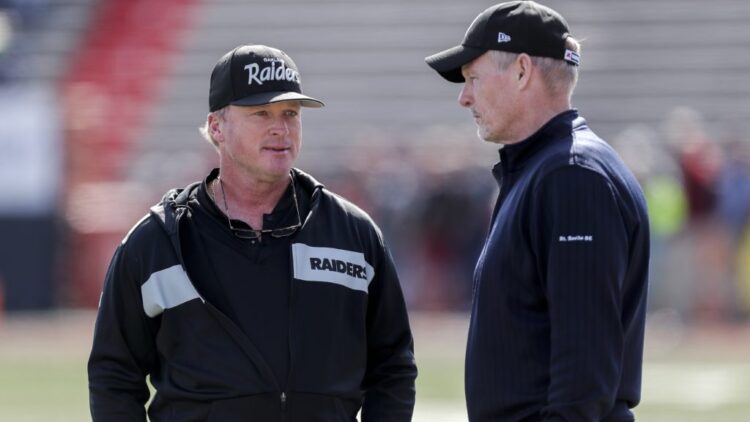 Another draft, another first round reach by the Las Vegas Raiders. After selecting Clelin Ferrell in 2019 and Damon Arnette in 2020, the Raiders have followed the trend of reaching for players from big name schools their 2021 selection of Alabama prospect Alex Leatherwood. While other picks were also seen as a reach, particularly the Jacksonville Jaguars selection of Travis Etienne, the recent failures in the first round by Las Vegas have made it difficult to trust their selection here.

First, this is less of an indictment of Leatherwood’s ability than it is the Raiders failing to understand his overall ranking among the available talent. The Alabama product had a great 2020 season in which he only surrendered two sacks and committed just five penalties. However, his technical issues are very likely to get exposed at the next level. In college, he was fortunate to play along an elite line with outstanding offensive weapons making his job relatively easy. He was allowed to rely more on physical talent than technical ability.

The problem with this pick was twofold. First, Leatherwood found himself ranked as the 30th-45th overall player. That plants him firmly in the second round. The Raiders could have selected Christian Darrisaw from Virginia Tech, who has been projected to be one of the best offensive lineman in the draft. Darrisaw was easily ranked in the top 20 of prospects making him a great value pick at number 17 for the Raiders.

Secondly, they also could have waited till the second round and likely would have gotten Leatherwood or Oklahoma State’s Teven Jenkins who was also ranked higher than Leatherwood coming into the draft. Had they waited to address the offensive line, the Raiders would have been able to fill other team needs such as linebacker or defensive back while still getting their desired lineman in the second round. Not only did the Raiders reach for a player, but they likely missed out on at least two prospects who project to be better at the next level in Jenkins and Darrisaw.

The Raiders have made another questionable move in the first round. While Leatherwood will likely find success, he does not project as a dominant player and the value at the 17thpick was too high when other enticing players were still on the board. Gruden and Mayock best hope this pick turns into a homerun or they will have struck out three years in a row.