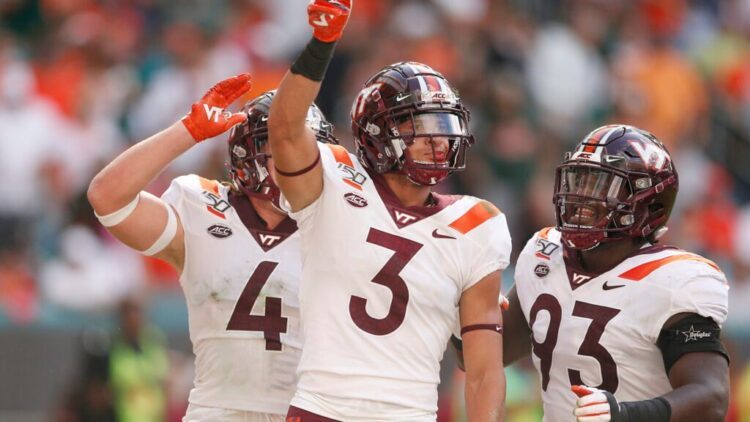 A few months ago, Virginia Tech cornerback Caleb Farley was considered by many as the best overall cornerback in the 2021 draft class. His physical profile of 6’2″ and 200 pounds made him the most imposing defensive back available and his 2019 season was dominant as he posted 16 passes defended and four interceptions. However, because of his back issues, Farley managed to fall all the way down to the 22nd pick with the Tennessee Titans. If he can stay healthy the Titans may have secured the steal of the draft.

Starting with the positives, Farley is a physical corner whose mobility and length make it extremely difficult to beat him outside the numbers. That’s music to the ears of a Titans defense that allowed the second most completions over 20 yards this past season. Tennessee’s 29th ranked passing defense should quickly improve with Farley on the field. With exceptional instincts and athletic gifts, Farley is an NFL ready cornerback who will thrive in man coverage.

Despite all his natural talent and physical skills there is a very obvious reason the Virginia Tech product saw himself slide down the draft board. Farley’s injury history is both long and constant. A torn ACL in 2017 sidelined him for his entire freshman season. To further complicate matters, he has also had two back surgeries with one as recent as March 23rd of this year. It is no secret that in the NFL a player’s best ability is his availability. All the talent in the world is wasted if a player cannot stay healthy enough to play. On the bright side, Farley is now close to four years removed from his ACL tear and managed to have a dominant 2019 season. Doctors have also reported that his back issues are not chronic and he should be ready to suit up for the 2021 season.

There is obvious risk in drafting a player that has had three surgeries before even taking an NFL snap. However, the talent is undeniable and the Titans need to reinforce the secondary. There were other great picks made such as the Bears landing Justin Fields at number 11 or the Patriots drafting Mac Jones with the 15th pick. Yet, Farley was at one point a lock to go within the top 10. Now he finds himself on a playoff caliber team that will look to let him loose upon a division that lacks dominant wide receivers.