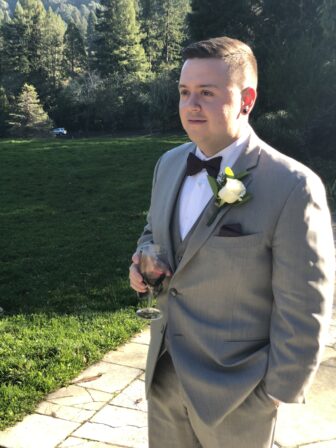 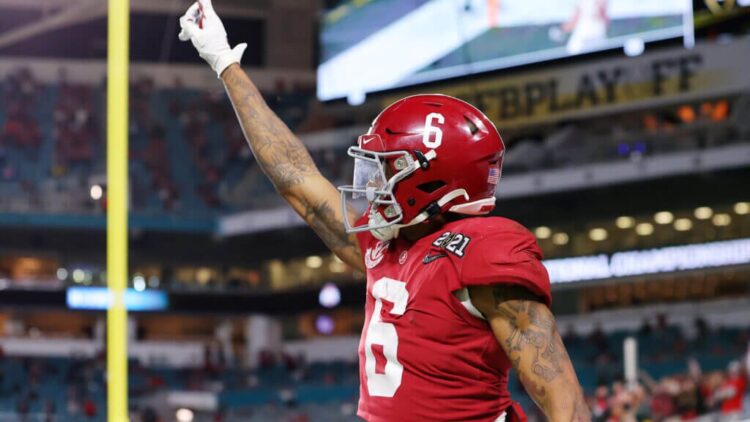 With the 10 th pick in the 2021 NFL draft, the Philadelphia Eagles selected Heisman Trophy
winner Devonta Smith by trading up with the Dallas Cowboys (yes you read that correctly).

Trading down and then trading up

There were questions about whether the Eagles made a mistake trading out of six overall. Many were worried that it might eliminate the possibility of drafting a blue-chip prospect that can make an immediate impact. Ultimately, with Kyle Pitts and Ja’Marr Chase going at four and five, Devonta Smith could have easily been the pick at six had the Eagles stayed in their original draft position. In the end, the true opportunity cost of trading back was the flexibility of drafting a corner they liked.

Howie Roseman was able to move back to 12 and secure an additional 1st round pick next year. He then spun that and leapt in front of the Giants, (who then traded out of 11, presumably because they were hoping to draft Smith) while only giving up a 3rd round pick. This exemplifies his prowess for maneuvering and managing draft capital, which in fairness has never been the concern with Howie, it has always been the actual player selections. In 2013, the Eagles drafted Lane Johnson and Zach Ertz, but since then Howie Roseman has only drafted one other Pro Bowl player: Carson Wentz. That clearly didn’t work out as expected. There’s plenty of draft left, but turning the 6th pick into an additional first while still being able to draft a player at pick number10, that was still worthy of the 6th pick is a fantastic start for Howie Roseman.

This is the first time in Eagles history that the organization has taken receivers in the first round in back-to-back drafts. This also marks four consecutive drafts that the Eagles have drafted a pass catcher in the first two rounds. The Eagles haven’t had a 1000-yard receiver since Jeremy Maclin was on the team in 2014 and have been trying to find their “guy” since. They found him in Devonta Smith.

There are still concerns, such as Smith’s weight and size, but these are easily alleviated when you consider Smith’s astronomical production at the collegiate level. Over the past two seasons in the SEC he amassed 185 receptions, 3,112 yards with a 16.8 ypc average, and 46 receiving touchdowns. To top things off, he was a two-time national champion, and most recently the 2020 Heisman Trophy winner – only the fourth wide receiver to do so. Still not convinced? Let’s think about what part of Smith’s game his size and weight would impact – facing press coverage. If Smith’s weight were an issue, surely the tape and numbers would show he struggles against press coverage. They don’t, because he doesn’t. Per Pro Football Focus, Smith ranked top 5 in yards per route run against press coverage in both 2019 and 2020. You could argue it’s even harder to beat press coverage in college football due to more relaxed contact rules.

Put simply – Devonta Smith is an absolute stud. He’s a complete wide receiver that can do it all – the likes of which Philly hasn’t seen in a long time. Eagles fans should be excited.