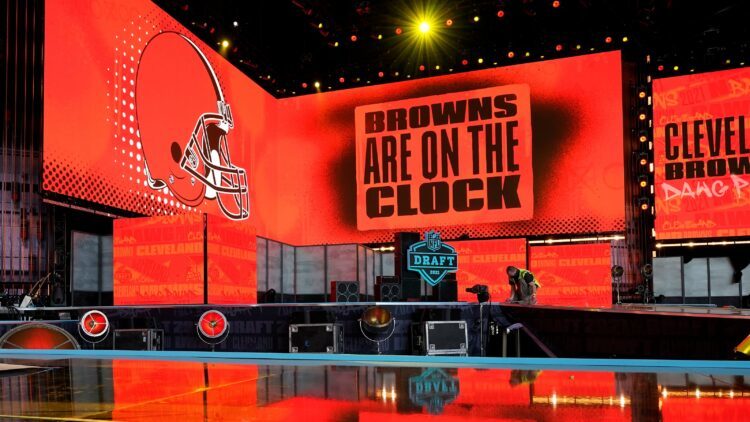 The 2021 NFL Draft is officially over and teams are now focused on preparing for the upcoming season. There are a few teams that were able to fill the holes they identified in the offseason while others made questionable draft decisions. Draft winners and losers are ranked by the value of their draft picks as well as the potential impact those players will make. Here we discuss the three draft winners and losers as well as their outlook for the 2021 season.

Read More: 2021 NFL Draft: Biggest Steal of the 1st Round

The Browns had the best selections in this year’s draft. They will have a talented and competitive cornerback room pairing Greedy Williams and Denzel Ward with their first round pick Greg Newsome II. Cleveland was also fortunate enough for Jeremiah Owusu-Koramoah to fall into their lap in the second round. In a division with Lamar Jackson and Joe Burrow, the Browns gave it their all to improve their defense with versatile players. Cleveland was able to fill their primary needs while adding positional depth. If all the pieces can gel together on offense with Odell Beckham Jr. returning from injury and a potential top 15 defense, they will be Super Bowl contenders.

With the Mitchell Trubisky experiment over, quarterback was the most important need for the Bears. They fixed that by trading up for Justin Fields. This move gives Darnell Mooney and Allen Robinson a playmaker at quarterback that they can rely on. Their next biggest need was offensive line due to the lack of production from Bobby Massie and Charles Leno Jr. in 2020. Unlike the Colts, the bears made sure to acquire a tackle in Teven Jenkins. This is huge because Jenkins may start at right tackle with potential to be their left tackle long term. Hopefully these additions sway Robinson into staying with the team, but the Bears are in good shape entering 2021 after checking off their major needs.

Baltimore used this draft to do their best to stay ahead in their division. The biggest flaw of this Baltimore offense is their lack of a number one receiver. They fixed that in the first round with Rashod Bateman. This gives Hollywood Brown more freedom as a dynamic playmaker all around the field. It also gives the offense potential to grow into an effective multi-dimensional system. Entering the offseason, there were needs at corner and linebacker as well and they added additional depth at these positions with their late round picks. The Ravens are one of the most complete teams in the league and look to keep their crown at the top of the division.

Houston did not have much capital in this year’s draft without their first or second round picks. They are considered draft losers after failing to make quality contingencies at the quarterback position. Deshaun Watson has been adamant about a trade and his current lawsuits may keep him out of the 2021 season. Trading into the first for a quarterback is impossible without depleting their picks, but there were options in the third. They drafted Davis Mills from Stanford, but he does not seem like a first year starter and the Texans may have a high draft pick in 2022. Kellen Mond would have been a quality choice here to challenge Tyrod Taylor as the starter for the upcoming season. Taylor is also a perfectly fine stop-gap, which makes the selection of Mills even more curious.

The Raiders made a few good selections in this draft, but they left a lot of money on the table. It started with drafting Alex Leatherwood in the first round when there were higher graded tackles still on the board. Even if they were really in love with Leatherwood, they could have traded back to acquire additional picks and still been able to pick him up. Although the Raiders best pick came in the second round with Trevon Moehrig, it did not make sense to draft two additional safeties in the later rounds. The Raiders are draft losers because of their first round reach as well as missed opportunities to fill larger need areas such as corner and linebacker. Hopefully, they can add some value in free agency to become a more complete team in a tough AFC West division.

Read More: 2021 NFL Draft: Biggest Reach of the 1st Round

The Colts focused on defense in the early rounds of the draft filling holes at safety and defensive end. They are draft losers because they failed to acquire an offensive tackle. Once Anthony Castonzo retired, left tackle became arguably their biggest need entering the draft. Indianapolis could have filled this need in the first or second round, but chose a defensive end both times. They now enter this upcoming season with no blindside blocker for Carson Wentz which may have a huge effect on his production as well as their playoff chances.

There were a few other teams who drafted well, but these three teams are at the top of my list. They were able to draft their primary and secondary needs for the upcoming season. The draft picks are unproven, but the value and talent of the players make up the overall ranking. It will be interesting to see how quickly these highly touted draft picks will make an impact for their team.