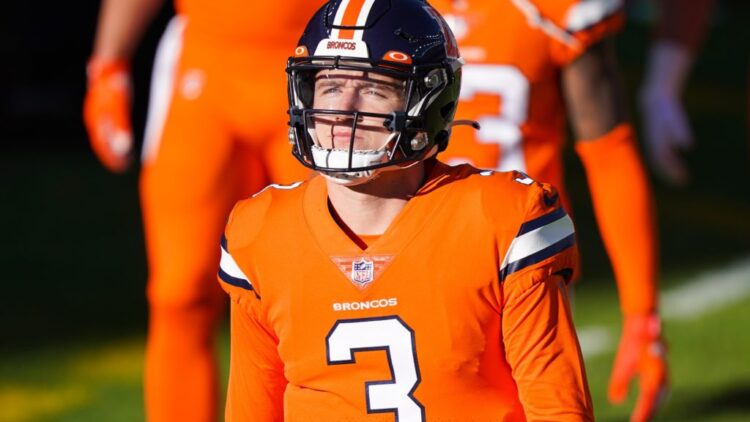 Five years ago, the Denver Broncos hoisted the Lombardi trophy inside the newly built Levi’s Stadium. A dominant defensive showing, highlighted by Super Bowl MVP Von Miller, covered a very ugly truth. A truth that has haunted the franchise since Hall of Fame quarterback Peyton Manning hung up his jersey. The Broncos have not fielded a single competent player at the game’s most important position over the last five seasons in the NFL draft. In 2016 and 2017 7th round pick, Trevor Siemian, and 1st round bust, Paxton Lynch, attempted to lead the team. 2018 saw Case Keenum take the reins after a surprising run with the Vikings yet he only lasted one year. In 2019 Joe Flacco gave way to Drew Lock who has since shown flashes of quality play but has failed to live up to the legacy of team president John Elway. The 2021 NFL draft was a chance to finally bring a blue-chip prospect into the organization and give an otherwise talented roster a true star behind center.

In the eyes of many, Ohio State product Justin Fields was the second-best quarterback in the draft. His stellar 2019 season was highlighted with a 41:3 touchdown to interception ratio. In a COVID wrecked 2020 he outplayed fellow first-rounder Trevor Lawrence in the college playoffs with a 385 yard and six touchdown masterpiece to upset Clemson. So, when he tumbled down draft boards and was available for the Denver Broncos to select without having to make any trades it seemed like a perfect fit. His accuracy (70.2 Completion % in 2020) and athleticism (6’3, 230lbs with a 4.4 40-yard dash time) project as a legitimate NFL starter, and somehow Denver decided to walk away with Patrick Surtain II. Denver’s pass defense was by no means stellar as it ranked 17th last season but they passed on not just Fields but Alabama’s Mac Jones as well. Surtain II could very well be the best cornerback in this class. He could turn into an annual Pro-Bowl player who matches up against the likes of Keenan Allen and Tyreek Hill for the next 10 years. But while the pass defense was average at best, the passing offense was abysmal, ranking 26th on the year with only 21 touchdowns to 23 interceptions. Passing up on Fields in a division that features Patrick Mahomes and Justin Herbert is baffling.

Read More: Justin Fields film breakdown: the most accurate quarterback in the draft

Solid Picks in the Later Rounds

Despite the huge missed opportunity with the 9th pick, the Broncos pieced together a solid overall draft class. Trading back with the Saints brought in two solid picks in the 3rd round in the form of Senior Bowl standout Quinn Meiner on the offensive line, and Baron Browning, who has a five-star pedigree and ranked as one of the top 10 linebacker prospects in the draft. The later rounds saw three defensive backs (two safeties and one cornerback) join the team in Mile High as LSU’s Kary Vincent Jr., Indiana’s Jamar Johnson, and Texas’s Caden Sterns will all look to add depth in the secondary. Finally, in the second round, trading with the Falcons helped the Broncos secure Javonte Williams out of North Carolina. Williams ranked as high as the third running back in various mock drafts and will instantly replace Phillip Lindsay and challenge 2020 leading rusher Melvin Gordon for touches. In just 11 games he flashed both rushing and receiving potential as he managed 1,445 total yards along with 22 touchdowns in 2020.

Perhaps the Denver Broncos have grand plans for the quarterback position the public is still unaware of. Bringing in Teddy Bridgewater seems to be another band-aid on a massive wound. In a division that features two young stars at quarterback, the Broncos missed their chance to draft one as well. There are rumors that they are in the market for the disgruntled Aaron Rodgers. If they can land the three-time MVP that would change things dramatically, but as it stands, an overall solid draft class is spoiled by a missed opportunity that may haunt the franchise for years to come.