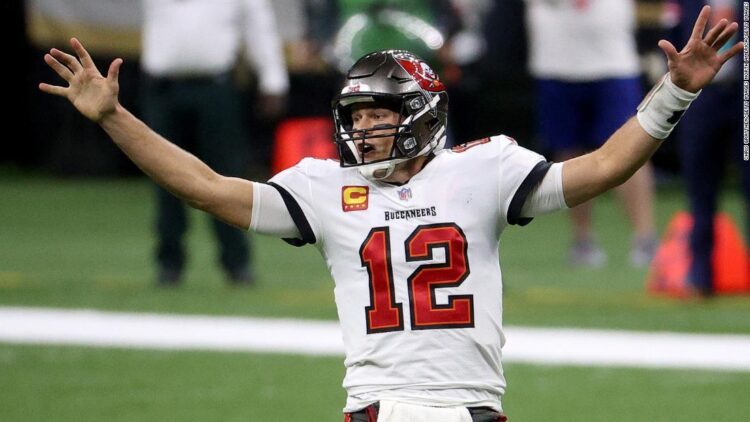 Contrary to how it works in the NFL, quarterbacks are not nearly as valuable in fantasy football. Spending a first round pick on a signal caller tends to go poorly. With that being said, not having a capable quarterback on your roster can make winning a fantasy championship difficult, if not impossible. With the draft and free agency behind us, let’s take a look at the top 10 fantasy quarterbacks for the upcoming season.  As a disclaimer, all of these rankings will be based on ESPN’s PPR (Points per Reception) scoring format.

Another year, another dominant showing for the 25-year-old in Arrowhead Stadium. Mahomes finished second in passing yards, fourth in touchdowns, and had scored at least two touchdowns in all but two weeks. With a revamped offensive line and his usual array of receiving weapons, Mahomes is a lock to throw for 4,000 yards and at least 35 touchdowns. Don’t overthink this one, he should be the first quarterback off the board.

PROJECTED ROUND: 4th Round

Allen surprised everyone in 2020 by taking the leap from intriguing prospect to MVP candidate. His eight rushing touchdowns ranked only behind Kyler Murray and Cam Newton. Meanwhile, his 37 passing TDs came in fifth across the league. There is a risk of regression as Allen has yet to prove he can string together consecutive seasons of greatness, but his durability and dynamic playmaking guarantee roughly 550 pass attempts and another 100 carries on the ground. Buffalo has the second most pass-heavy offense and that won’t change with Allen taking snaps.

PROJECTED ROUND: 5th Round

Murray has lived up to his number one overall pick expectations. In two seasons, he has found himself in the top 10 of passes attempted and top three of rushing attempts as a quarterback. The best dual threat quarterback in the league offers plenty of upside with his arm and legs. Most impressively, the 23-year-old takes relatively good care of the ball, only fumbling four times despite 133 rush attempts. With the additions of AJ Green and Rondale Moore, it is very likely Murray finally breaks the 4,000 passing yard mark and throws 30 touchdowns.

PROJECTED ROUND: 5th Round

Five games into the 2020 season, Dak Prescott was averaging 44 pass attempts a game, completing 68% of said passes, and posting roughly 371 pass yards per game. Obviously, a devastating injury derailed Prescott. He may never be the same dynamic player in terms of rushing the ball, but with an elite wide receiver core and veteran offensive line, Dak is more than capable of passing for 5,000 yards (4,902 pass yards in 2019) and doing so at an efficient rate (66% completion percentage for career). His yardage totals are enough to elevate him into the top five as long as he remains healthy.

As has been the norm for the past few seasons, Russell Wilson’s 2020 was a tale of two quarterbacks. Despite trailing off during the final stretch of the year, he still managed to throw the 2nd most touchdowns of any quarterback and showed incredible chemistry with rising star D.K Metcalf. Albeit on the wrong side of 30, Wilson is still one of the best running QBs in the league as his 513 rush yards ranked fourth for all quarterbacks. If Russ can find a way to “cook” for a full season, there are few quarterbacks as efficient, clutch, and mobile as Russ.

Lamar is the worst passer in these rankings. He was incapable of breaking 3,000 yards and threw nine interceptions. But, you don’t draft Jackson for his arm. Once again, he rushed for over 1,000 yards and punched in seven touchdowns. His average of 22.2 fantasy points per game was almost identical to Tom Brady, Russell Wilson, and Justin Herbert. Brady threw for almost 2,000 more yards and only managed five more fantasy points on the whole season. A rushing QB incurs a risk of injury, but Lamar is worth that risk.

In most years, the reigning MVP would likely lay claim to the top spot in these rankings. Even at 37, Rodgers is arguably the most efficient quarterback in the league (48:5 TD to INT ratio) and has a premier pass catcher in Davante Adams. Unfortunately, it is impossible to ignore the trade and retirement rumors that have been swirling since late April. When it comes to fantasy football, a few risks are always welcome, just not when it comes to your starting quarterback.

When it comes to Brady, there are two schools of thought. On one hand, he is in his mid-40s. At any moment, Father Time could come knocking and finally end the GOAT’s unprecedented run. Yet, on the other hand, doubting Brady has been the most foolish move in all of football for two decades. A full offseason, a returning receiving core, and Super Bowl aspirations mean Brady will likely throw another 550 passes and build upon last year’s 65% completion percentage.

PROJECTED ROUND: 7th Round

Sophomore slumps are very much real. NFL defenses are especially good at exploiting a young player’s weakness after a year’s worth of film and scouting reports. Yet, Justin Herbert may be the exception. His completion percentage was as good if not better than Kyler Murray, Tom Brady and Lamar Jackson. This is a great sign that the NFL game is not too advanced for the young QB and he will only continue to develop. It also helps that he is surrounded by great offensive weapons in Keenan Allen, Mike Williams, and Austin Ekeler.

PROJECTED ROUND: 7th Round

Admittedly this is a bit of a flyer. Stafford struggled last season in Detroit and was generally an average fantasy quarterback. But, his top receiving weapon (Kenny Golladay) was gone for most of the season. Now, he finds himself playing for a great offensive coach in Sean McVay and has two legit 1,000-yard receivers in Cooper Kupp and Robert Woods at his disposal. At worst, Stafford will increase his touchdown totals and completion percentage.

PROJECTED ROUND: 8th-9th Round

As always in fantasy football, the gap between quarterbacks is relatively small. Odds are you will find a 4,000-yard passer waiting on the waiver wire at some point in the season. There are plenty of other starting-caliber QBs that can be drafted in the later rounds if you choose to focus on skill position depth. Matt Ryan may have a bounce back year with the addition of Kyle Pitts. Kirk Cousins is more than capable of putting up solid numbers with Thielen and Jefferson out wide and Ryan Tannehill continues to be efficient with the football after only posting seven interceptions in 2020. A good quarterback is best viewed as icing on the cake and waiting until the middle rounds to draft one might just bring you a championship.