2022 Linebacker and Defensive Back Prospect Rankings 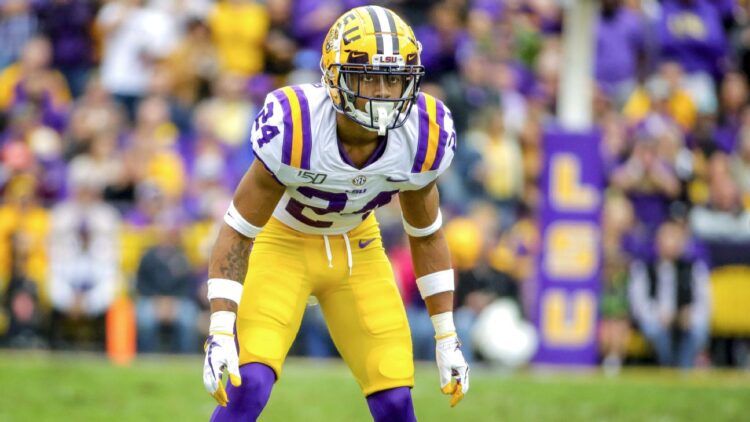 If you’re looking for guys who will be a generational talent for the 2022 NFL Draft, this list has one of them. LSU’s Derek Stingley Jr. has been one of the best players in college football the last two seasons and has the makings of an elite defender in the NFL. Then you have guys like Kyle Hamilton and Kaiir Elam who might become top-ten picks when it’s all said and done. I combined linebackers and defensive backs because the linebacker group isn’t very deep. So, instead of having an entire list with guys who don’t look like high draft picks, I just decided to throw them in with the defensive backs. 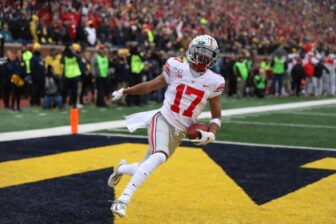 There’s a chance that Stingley will be one of the highest-rated defensive back prospects of all time. A rare freshman All-American in 2019, Stingley was a shutdown corner on the National Championship LSU team. That year he had six interceptions and stopped every receiver he faced in a loaded SEC. In 2020, he had some injuries and teams stopped throwing his direction altogether. I see no weaknesses in his game and would expect him to be a top-five selection this upcoming April. It is rare for a corner to be selected this high as only 12 have gone in the top five in the past 30 years. Stingley is just that talented of a player.

If you’re looking for a safety who can do a little bit of everything, then Hamilton will be your guy. An easy pro comparison for him is Jamal Adams, a player listed as a safety but that can line up anywhere. One minute he’ll be dropping into deep coverage and the next he will be coming off of the edge on a blitz. He’s going to go one-on-one with tight ends a good amount of time in the NFL. If a team is going to use him in more of a hybrid role, I would like to see him add on some muscle. As it stands now, Hamilton is a top-ten talent who can become a cornerstone piece for any defense.

If you’re looking for a prototypical corner, Elam is your guy. He has the size (6’2″), length, and athleticism needed to cover any type of receiver. Elam has been a constant producer for the Gators and has racked up five interceptions in his first two seasons. At this point, like most bigger corners, he’s better in press coverage where he can be physical with receivers during their routes. He looks better in zone than man, but isn’t a liability in any sense of the word. I’d expect a huge 2021 season for Elam and based on all these traits he possesses, he could shoot up draft boards.

Bolden had a rough start to his career after transferring to Miami from USC and battling numerous injuries. When he has been on the field though, he’s another versatile safety prospect. He has a similar play style to Hamilton, but doesn’t have the coverage skills. Bolden is a big hitter who flies around with reckless abandon. This style of play is fun to watch, but is maybe the reason why he’s had a few injuries. I think we’ll see Bolden used as a nickel linebacker in his first few seasons, playing a role similar to what the Panthers do with Jeremy Chinn. We need to see another productive season from Bolden, but the promise is there to be a first-round pick.

The first, and only, linebacker in our top ten. Most believed that Dylan Moses was going to be the best linebacker for Alabama in 2020, but it ended up being Harris. Harris is a sideline-to-sideline linebacker who has the speed to track down anyone. He’s also an effective blitzer who had 4.5 sacks this past season. He can take that next leap into stardom in 2021 if he can continue to get stronger and develop quicker instincts in diagnosing plays. While this linebacker group seems weak right now, Harris has the chance to become a breakout first-round talent. 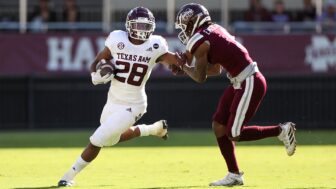 It’s tough to play better in your first two seasons than Gardner has for Cincinnati. A two-time All-AAC selection, Gardner has been a huge part of a great Bearcats defense. With six interceptions already, Gardner has done an excellent job of tracking the ball and getting his head turned around in time. He’s another lengthy corner who does an excellent job at the point of attack against smaller receivers.

With some more polish to his game, Battle could become a top fifteen talent. He’s an athletic playmaker who is good for one game-changing moment every time he’s on the field. However, he’s still processing plays a step too slow. Luckily, because of his athleticism, he can make up for it at the college level. With more playing time, this problem could be fixed, but until it happens on the field it’ll be tough to justify a first-round pick on a safety that needs more developing. We should still expect a big season from Battle and see him look more comfortable at the strong safety position.

While Patrick Surtain II got the headlines for the Alabama defense, Josh Jobe played well in 2020 at the opposite cornerback spot. Since teams were avoiding Surtain II, Jobe was often targeted by opposing quarterbacks and held his own. However, he will be 24 years old when he gets drafted next season which makes him old for a prospect. This might limit his upside and the draft capital teams are willing to spend on him. He is a prospect where you know he’s going to be solid, but never an impact starter. He’ll have a role in the NFL based on his special team ability and dependable play and should be selected in the first few rounds.

If I had to pick one guy on the lower half of this list to make a strong rise to the top half of the first round, it would be Banks. Ohio State does an excellent job of developing defensive backs and coaches rave about Banks. 2020 was his first year as a starter and while he played well, he didn’t overly impress. With another season of snaps, he should look more comfortable and fluid. He has the ideal size and length to win in press coverage which will be very appealing to some coaches. It’s now a matter of putting it all together.

McDuffie followed up a promising freshman season with a solid, but short, sophomore season. He doesn’t have the size or the superb athleticism of many corners nowadays, but man can he play. He also has the versatility to play in the slot or out on the boundary, which is something most corners coming out of college don’t have. The Pac-12 this year is filled with talented offenses, so McDuffie will be tested. His upside might not be super high, but he’s a steady player who will outperform his draft position.