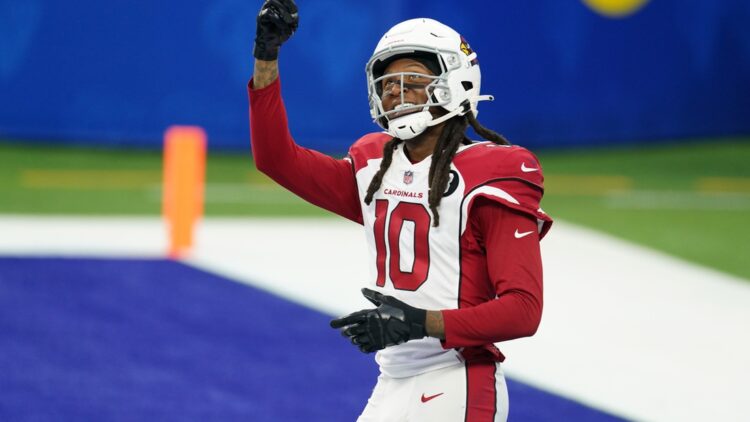 Injuries are part of the game, but some injuries are more impactful than others. Some can even change the entire outlook of a season. Besides quarterbacks, the loss of these players would change the tide of the most competitive division in football.

The Cardinals are a very talented team, but it’s led by DeAndre Hopkins. Hopkins possesses an elite skill set, with great contested catch ability, smooth route running, and the ability to create separation against the best of them. The other wide receivers on the Cardinals depth chart are either unproven or aging. AJ Green is a shell of his former self and Christian Kirk and Andy Isabella have both been middling receivers. Neither have lived up to their draft selection. Isabella especially has not shown the promise as the deep threat receiver he was in college. Rondale Moore is the one wild card at this position, but he would thrive more in a gimmick role by running jet sweeps and orbit motions. Kyler Murray and the Cardinals must have D-Hop to thrive this season and take the next step forward. 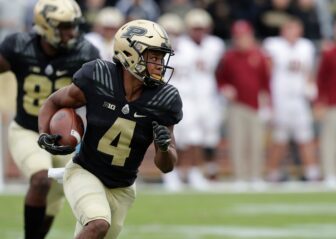 The Cardinals’ cornerback room is by far their worst unit on the field. The only person who keeps their pass defense afloat is Budda Baker. Baker’s coverage versatility and ability to fly around the football field not only make him great, but extremely valuable to the team. He recorded more than 100 snaps at free safety, in the box, and over the slot.

The Rams have an extremely top-heavy roster. Each position group with the exception of receiver lacks depth. Even as he approaches 40, Whitworth is in the upper echelon of left tackles. According to PFF, In 716 pass-blocking snaps, he allowed 16 total pressures. Whitworth tore his MCL at the end of the season and was still able to come back for the playoffs. However, he was quite ineffective in the divisional game of the Packers game which was a factor in the loss. His health is essential to the success of the team. For Sean McVay to maximize his new quarterback, Matthew Stafford, they must rely on his veteran presence and excellent play to keep the offensive line from completely collapsing.

Simply put, Jalen Ramsey is the best corner in football. His extreme physicality and ability to mirror receivers set him apart. His ability to play single coverage against a team’s top receiver made it so he could be on an island and allow the rest of the defense to double virtually every other pass catcher. If Ramsey were to go down, Darius Williams would have to step up to be CB1. Williams is a great corner in his own right, but he has a slighter frame with a less physical nature which makes him better as a CB2. With the loss of John Johnson and Troy Hill, their back four is already thin and the loss of Ramsey would erase the productiveness of the whole defense — including the greatness of Aaron Donald.

The 49ers were ravaged by injuries in 2020. Nick Bosa, Jimmy Garoppolo, and Richard Sherman were all out for significant periods and both sides of the ball struggled to stay afloat. The one area of the team that was not decimated was the tackles. Both Trent Williams and Mike McGlinchey were able to stay healthy throughout most of the season. At left tackle, Williams brings massive size and dominance in the run game along with being an elite pass protector. Williams was the highest-graded tackle (91.9) in the NFL according to PFF even at age 32. Williams allows Shanahan to run an effective outside zone run game and create big plays for the likes of Raheem Mostert and Deebo Samuel. The loss of Williams would not only decimate both the passing and running offense, but also severely affect the slow-footed Jimmy Garoppolo or the development of Trey Lance. 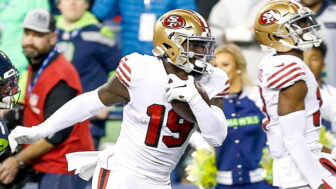 Also Read:
NFL Film Breakdown: An Analysis of Deebo Samuel and how the 49ers won the West

Jason Verrett has such a great story. He was an elite corner for his first two years in the league on the Chargers, but three straight seasons filled with injury have caused him to become a veteran with only one season above 300 snaps. In 2020 he was excellent though, posting a 76.1 coverage grade. The 49ers were able to retain most of their corners, but besides Verrett, they are all very shaky. An injury to Verrett would force Emmanuel Moseley to become CB1. Moseley is an average rotational corner during last season. Regardless of how effective the pass rush would be, the secondary would not be able to hold up in a division that has so much receiver talent.

For years and years, the Seahawks have had a below-average offensive line. Before Duane Brown was on the team, it was absolutely abysmal. With the addition of Gabe Jackson, the line is definitely better, but they are more than likely going to end up in the bottom of the league in terms of run and pass blocking grades. Eight out of the last nine seasons, dating back to his time in Houston, Brown has posted a pass-blocking grade over 80 and has been a bright spot on the Hawks’ offensive line as the others continue to struggle. Russell Wilson holds onto the ball longer than most quarterbacks which puts more stress on the offensive lineman. That said, he is able to extend plays and use his elusiveness to pick up extra yards. If Brown was to go down, Russ would not be able to do as much scrambling and pockets would collapse even faster than they already do. As a team that was 20th in pass blocking in 2020, a loss to their star tackle would put even more pressure on Wilson to carry the offense.

Besides their offensive line, another weak point for the Seahawks during the 2020 season was the defensive line. They finished 26th in pass-rush grade according to PFF and Dunlap led the team in pressure with 40, despite coming to the Seahawks in the middle of the season. Poona Ford and L.J. Collier both have pass rush upside from the interior, but are more complementary players. The loss of Dunlap would bring the Seahawks back to square one and put pressure on a secondary filled with 49er castoffs. The Seahawks struggled mightily to stop the pass and if Dunlap was out, quarterbacks could just sit back and pick them apart.