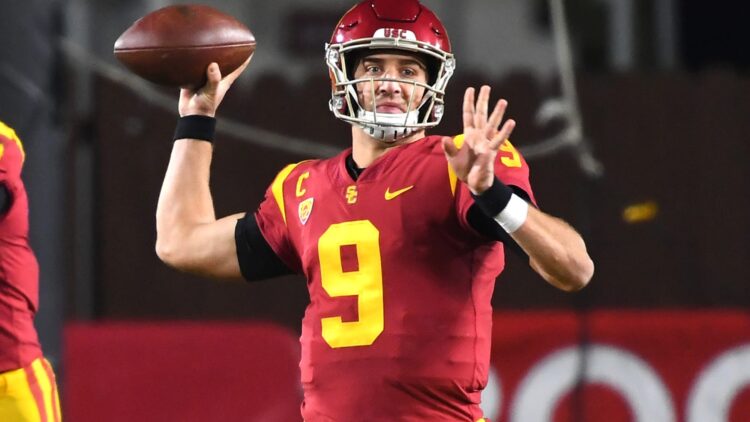 Quarterback Kedon Slovis didn’t come to USC as a highly-touted recruit, but after a few injuries, he saw himself starting and helping to resurrect a stagnant Trojan’s offense. Over two seasons, Slovis has put up strong numbers in USC’s Air Raid offense. He has thrown for 47 touchdowns and 16 interceptions while completing 70% of his passes. Unlike some of the other guys in this draft, Slovis isn’t blessed with elite physical gifts, but he also might be the most accurate passer. The stars are aligned for the USC offense to take off this year and with some improvements it wouldn’t shock me to see Slovis be selected towards the top of the 2022 NFL draft.

Slovis has such a natural feel for the position and despite not being an elite athlete, his footwork in the pocket is very impressive. Despite the pocket collapsing around him, he will move in any direction to evade the pass rush. Many young quarterbacks get happy feet in the pocket, meaning that they’ll try to escape or make a throw too early. Slovis will keep his eyes down the field, avoid the pressure, and set his feet to make a nice throw. 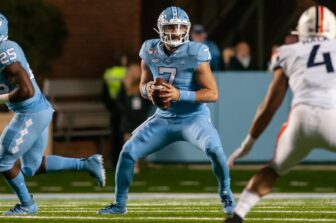 The best trait that Slovis has shown so far is accuracy. Sure, USC calls a lot of screens and short throws which boosts Slovis’s completion percentage, but he still showed the ability to put the ball right on the money. He’s particularly impressive in the 8-15 yard range, where he throws bullseye after bullseye. If you’re not going to have great arm strength (we’ll get to that later), you can’t miss throws. And Slovis doesn’t. Ideally, USC will trust Slovis a little more in 2021 and attempt more passes down the field.

So much of quarterbacking now isn’t following what the play call was, it’s making a play when everything else breaks down. One of the reasons why Zach Wilson saw his stock soar in 2021 was because of his off-script play. I see some similarities with Slovis. While Wilson has a much stronger arm, Slovis does an exceptional job of moving around while keeping his eyes down the field. He’s never going to be a dynamic runner, but he will be able to create big plays with his arm. Slovis can play in a scripted offense, but his ability to do it all is what makes him a good prospect. 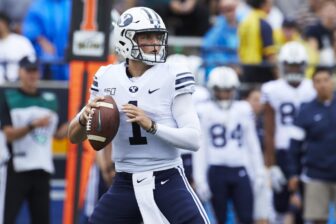 Of all the highly-touted quarterbacks I’ve studied over the past few seasons, Slovis has the weakest arm of the bunch. Whether it was with velocity or throwing the ball down the field, Slovis is average at best. In the NFL, you’re going up against elite athletes on defense, so the windows you are throwing in are very tight. You have to put a little extra mustard on throws in order to complete a pass, and I didn’t see that consistently enough from Slovis. Of course, he’s a very accurate thrower of the football and that helps offset this problem. By adding more strength and using his lower body more effectively, we could see a jump in Slovis’s arm strength. As it stands now, this is the main thing that’s holding him back as a prospect.

My preconceived notion that Slovis was always smart with the football got proven wrong after watching his 2020 film. Yes, for the most part, he won’t try to force the issue, but way too often he threw the ball and I had no idea what he was thinking. For his career, he’s averaging an interception once every forty-four pass attempts. That’s not terrible, but he throws a lot of short passes which helps that number. For reference, Sam Howell is throwing a pick once every fifty-five throws and in my opinion, is facing much tougher competition in the ACC. Slovis needs to clean this up in 2021. 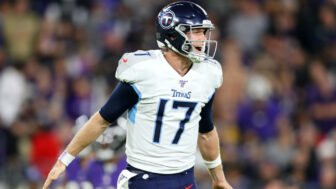 Also Read:
How Ryan Tannehill Experienced a Rebirth in Tennessee

I see Slovis as a guy who can be a starter in the NFL, but I’m not sure if I see superstar potential at this point. Athletic limitations lower his ceiling and he needs to show that he can make passes down the field on a routine basis. Entering his third year as a starter and with a few very talented receivers to help him, Slovis must show that “wow” factor every good quarterback has.

Slovis has as much experience as any quarterback entering the 2021 season, but there’s still a lot he needs to improve upon. He’s very accurate and has moxie you can’t teach, which is great. However, he also needs to improve upon his decision-making and try to improve his arm strength. Can he do that? I have no reason to believe that he can’t. Slovis is a guy who has proven people wrong his entire college career and I’ll always put my money on guys with a chip on their shoulder.