The truth is, most rookies in the NFL are bad. That makes it even tougher to select fantasy football rookies. Most often, receivers and skill guys take a year or two to fully develop into NFL players. That can make it tough for fantasy, which is why it’s important to look at the systems and situations that they’re entering.

These three guys aren’t fantasy household names, but they’re all exceptionally talented players that are going to have a chance to establish clear roles that will fit in their new offenses. All three could be nice additions in the middle rounds of your fantasy drafts.

Elijah Moore is a polished route runner. He has great body control and the ability to work nuance into his releases and route stems. He’s smaller and struggles with jams, but he works great at the slot with clean releases off the line of scrimmage. He’s not quite as dynamic as Deebo Samuel with the ball in his hands, but he’s tough, makes catches in traffic, and can manipulate zone coverage.

He doesn’t have game-breaking speed, but he’s still a very useful piece for the Jets offense. Moore is the most “moveable” guy out of their skill positions. The flexibility to work jet sweeps, snaps from the backfield, and as a flex player is a really important role in the Shanahan-style offense.

While LaFleur was in San Francisco, the 49erse were one of the top teams in use of motion. To use that much motion, you need a guy that’s a legitimate threat to get the ball on those motions. That’s the role I see Moore having with the Jets. You can see in some of these clips from Ole Miss how similarly things look to what Shanahan does in San Francisco.

All of that is good news for his fantasy prospects. That means manufactured touches for Elijah Moore off jet sweeps, play-action, and screens with a consistent dose of crossers in LaFleur’s boot game. He can fill a very similar role to Deebo Samuel or Brandon Aiyuk in San Francisco with the ceiling of Robert Woods in LA. Especially in PPR, he can be a guy with a solid floor as a flex player. His ADP is #150 in PPR and he has the potential to be a steal that late in the draft. He’s got a clear role and path to get on the field. However, the snap share could be a concern with Corey Davis, Denzel Mims, and Keelan Cole all being recent acquisitions.

Najee Harris is a fantastic runner, but Javonte Williams just has an extra edge to his style. Williams is incredibly fun to watch and is a balanced runner schematically. He got a good dose of the outside zone scheme at UNC last year, and there will be more of that in Denver with Pat Shurmur. Shurmur uses gap scheme runs, but a lot of his playbook is built around play-action. He does that through the zone run game with a sprinkling of power and counter. The good news is that Williams is scheme-flexible and can be a huge presence on first and second downs.

Williams plays with fantastic vision and patience in both gap and zone scheme runs. His initial burst was some of the best in the draft. While he doesn’t have elite long speed, he has more than enough to create explosive plays.

I also think the Broncos offensive line is an ascending group. Garett Bolles had one of the best years at tackle in the NFL last year, Bobby Massie is going to be a solid plug-in at right tackle, and their two guards have been dependable. Combine that with an uncertain quarterback situation, and the backs in Denver should see their fair share of touches.

Every indication from camp this year has been that he has a good chance to start over Melvin Gordon. Williams did show natural catching ability in limited opportunities at UNC. He attacked the ball away from his body which could allow him to be on the field on third downs. Even if he splits carries initially, I wouldn’t be surprised to see Williams eat into Gordon’s touches. That being said, there is an obvious risk of a split backfield here. 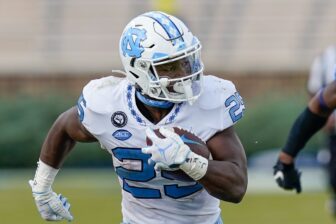 Javonte Willimas has an ADP of 64 in standard leagues. I wouldn’t reach too far for him, but if you’re okay with the risk of having him split carries initially, he’s incredibly talented. Williams is a great fit for Broncos’ run game.

Josh Palmer is quickly making a name for himself in the Chargers’ camp. With a new OC in Joe Lombardi, a stud QB in Justin Herbert, and a true #1 in Keenan Allen to take away attention, Josh Palmer is set up to make a real impact in his rookie year. He’s listed behind Mike Williams, but it’s going to be hard to keep him off the field. Palmer plays with great size and is a fantastic jump ball threat. 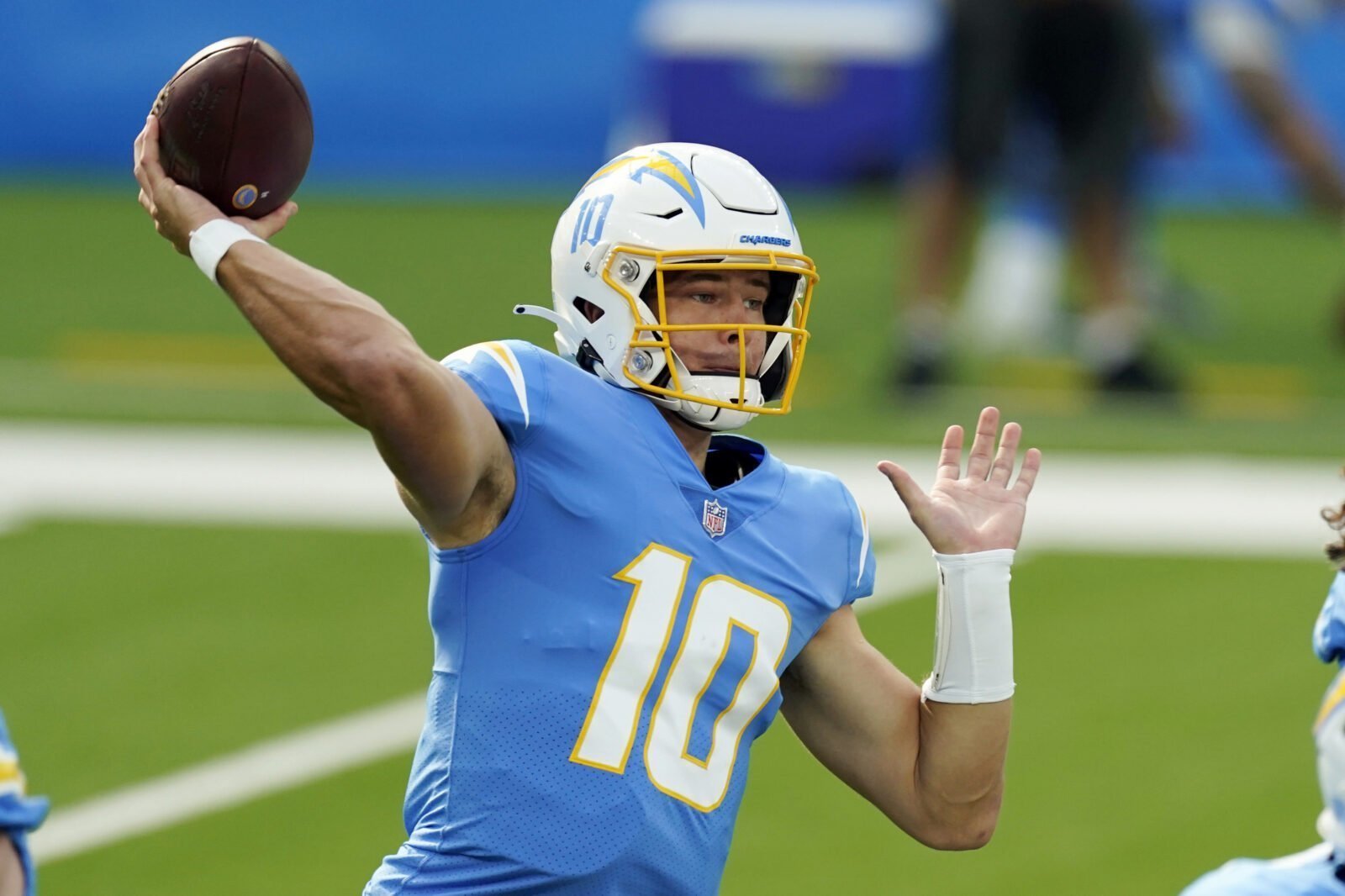 Palmer is a legitimate blocker, has good size, and is a consistent route runner. While Lombardi was with the Saints, New Orleans ran a ton of deep digs, and blended concepts together. While with Detroit, Lombardi focused a lot on the rhythm and short passing game. The blend of those two schematic philosophies should be huge for Herbert. I won’t say that I love what I’ve seen from Lombardi overall in his previous stints. However, he hasn’t been an offensive coordinator since 2015, and there’s certainly an opportunity for him to grow and learn. He has historically used lots of personnel groupings which is great news for Josh Palmer. Even if he doesn’t win a starting role outright, he will certainly get snaps and have opportunities in different packages.

What’s more, Herbert has been a great intermediate and deep thrower. Palmer has excelled at separating on the intermediate and deep game and could be a deep ball threat with the chance to have a high ceiling form week-to-week. That also means that he may be a lower target guy, but when the targets do come, they’ll be more valuable. Palmer is big and physical and could develop into a true X receiver while Keenan Allen moves around at Z. He’s probably not going to jump over Mike Williams in the pecking order, but could be a nice flex play to pick up in later rounds with a great opportunity to carve out significant snap share and a role for himself on the Chargers’ offense.

Predicting rookie production can be tough. Especially once you get outside of most of the top 10-15 talent. It’s all about fit and opportunity and these players all have roles that are available to them on their new teams. They might not blow the doors off, but they’re going to be solid options with high ceiling potential as the season develops.