Cam Newton vs Mac Jones: Why releasing Cam was the right call 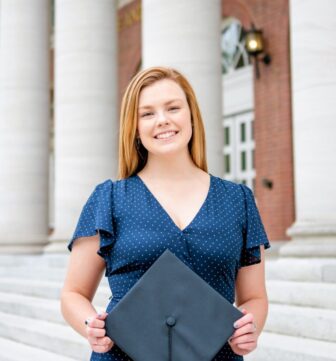 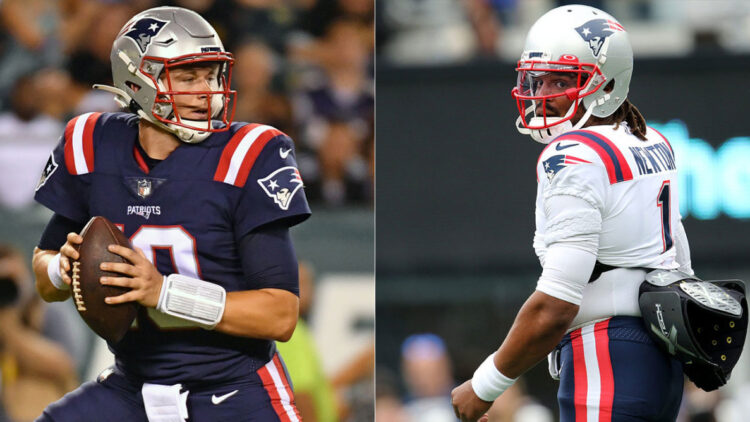 On Tuesday, Bill Belichick and the New England Patriots stunned the football world once again by releasing veteran quarterback and former NFL MVP Cam Newton. That means rookie Mac Jones the starting quarterback for their Week 1 matchup against the Miami Dolphins. The choice of the former Alabama Crimson Tide signal-caller to carry the torch through the post-Tom Brady era wasn’t a surprise, but the relatively abrupt and dramatic transition from Newton to Jones was.

Newton impressed in camp, but had limited game snaps. In those 39 snaps he was been 14-of-21 for 162 yards and one touchdown. Many argue that Belichick opting not to hold onto the veteran to backup and mentor the young Jones was a choice based on culture. Quiet, cerebral Jones couldn’t fully take over as leader of the Patriots offense with the popular, charismatic Newton looming behind him. Newton’s vaccination status is also suspected to have been a factor. Being unvaccinated not only jeopardizes his availability (and did for 5 days of the preseason), but also the availability of everyone around him. There’s also speculation that Newton may have requested a release. Belichick, who has been very outspoken about his admiration and respect for Cam, wanted to give him the opportunity to compete for a starting job elsewhere.

They’re all valid considerations, but this is Bill Belichick we’re talking about. The only consideration for him when making decisions about his football team is winning.

Belichick wouldn’t release Newton just to make his rookie feel comfortable. If he felt Newton gave him a better chance to win games, he wouldn’t have set him free so soon. Belichick released Cam because he spent a historic amount in free agency and the draft, and finally has the pieces for a solid team. Starter or back-up, Newton was a rogue puzzle piece in offensive coordinator Josh McDaniels’ formula for success. Mac Jones is the center piece.

No one’s saying Mac Jones is Tom Brady, but Jones’ strengths are in many of the same categories as the seven-time Super Bowl champ. He has accuracy, decision-making, pocket-awareness, and ball security. Newton’s strengths? His size, athleticism, and running ability. McDaniels has spent his career cooking up offensive genius for a pocket-passer. He leans on tight-end targets and develops the run game to strengthen the play-action. The very thing his six-time Super Bowl winning playbook avoided was designed QB runs. Though for many teams a mobile quarterback opens up the playbook, an end-of-career Newton rendered pages of McDaniels’ best work useless.

In 2020 with Newton at the helm, the Patriots were 27th in total offense, 27th in points scored per game, and 24th in red zone scoring. Newton was the 25th leading passer, with only 8 TDs, 10 interceptions, and 65.8% completion. He rushed for 592 yards (3rd amongst QBs) and 12 touchdowns (most among QBs). However, with the passing game hardly a threat, it was almost never enough to give the struggling offense sustained life. To be fair, the Patriots were lacking heavily across the board in 2020, with a shuffling offensive line plagued by injuries and a mediocre and inconsistent receiver group. In past years, Belichick and McDaniels accounted for these types of shortcomings by falling back on their preparation and adjusting their offense to their opponent’s weaknesses. Newton’s passing woes and inability to act as game manager squashed this strategy.

This is not to accuse McDaniels of being a one-trick pony, as we’ve seen him adjust philosophies for personnel successfully over the years. Maybe with the right mobile quarterback he’d run an offense that rivals the Ravens, but the Patriots don’t need to search for a formula to win. They have six formulas, all revolving around a classic pocket quarterback who protects the football, deciphers defenses efficiently post-snap, and, unless it’s 4th-and-1 at the goal line, leaves the running to the backs.

4,500 passing yards, 41 touchdowns to four interceptions, and 77.4% completion. It doesn’t get much better than Mac Jones’ senior campaign at Alabama.

In 2020, Mac Jones gave one of the best performances ever seen in college football. He did so under an offense similar to what Belichick and McDaniels ran successfully for much of two decades. Utilizing a strong and efficient running game, elite offensive line, and accurate and consistent quarterback play, the Tide executed the run-pass-option all the way to a National Championship. Though Jones’ historic stat line was undoubtedly made possible in part by his surrounding cast consisting of some of the best players in college football, the Patriots’ offense in 2021 doesn’t lack some similar pieces.

The Pats claim one of the better O-lines in the NFL this year. David Andrews is back at center and Isaiah Wynn is progressing well. One of the most productive Patriots of last year, Damien Harris, is likely to flourish with more opportunities to contribute. Departures of Sony Michel and Rex Burkhead will make him the clear lead back. Though the Patriots don’t have a Devonta Smith on the roster, over the offseason they accumulated a diverse group of wide receivers to provide options for the rookie quarterback. Notably, Nelson Agholor, coming from Las Vegas where he averaged 18.7 yards per reception and racked up 896 receiving yards and 8 TDs. Agholor stands to be a great deep target for Jones.

The Patriots also picked up the top two tight-ends in free agency in Hunter Henry and Jonnu Smith will also be a huge factor in creating mismatches and opportunities for Jones. With this personnel and a pocket-passer like Jones under center, the Patriots can run an offense much more true to their roots. They will be heavy in the run game and sharp in play-action.

The first year of the Brady-less Patriots was rough in Foxboro. Nothing was more telling than Belichick’s shopping spree of an offseason. With an upgraded offense and a great defense returning some of its stars from years past, the 22-time AFC East champions are eager to return to the Patriot way. Cam Newton had some great moments barreling through defenses in New England. Unfortunately, he was never capable of the consistent, pocket-passer style of quarterback play that serves as the foundation for Bill Belichick and Josh McDaniels’ best work.

With 389 passing yards and a 69.2% completion in the preseason, Mac Jones not only gave the best performance of all rookie quarterbacks, but he displayed his unique fit in the Patriot system. The Patriots know how to win, and with every spot on the 53-man roster so precious, they won’t hold onto anyone that doesn’t fit that model.

With each new class of promising college quarterbacks entering the NFL, there are some that take the league by storm, some that meet the hype, and some that fall terribly short. The pros are a completely different level of play. Only time will tell if Jones can succeed on the big stage. With Jones under center, the Patriots have an opportunity to get back to the style of play that made them the Patriots. Cam Newton was never a fit for success in New England, and if the Patriots’ head coach has any hope of winning the Brady-Belichick debate, he had to act quickly to give the reins to someone who was.