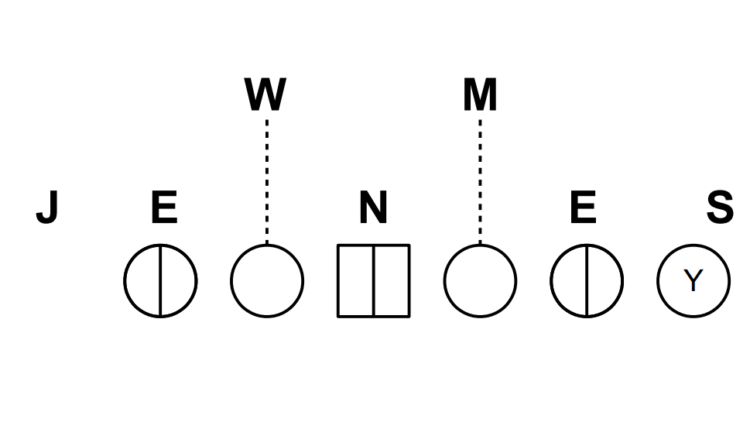 The Okie Front predominantly utilizes two-gap technique to control six gaps with three defensive linemen. In one-gap Okie Fronts, defensive coordinators can slant their linemen to create 4-3 looks from the Okie alignment. To create the front, there is a 0-technique over the center and two linemen head up or outside shade on the tackles as 5- or 4-techniques. That helps the defense to eat up gaps and keep free hitters at the second level.

The Okie front (short for Oklahoma) is a subset of the 3-4 defense with the outside linebackers walked down as defensive ends, turning it into a 5-2. The Okie originated with Bud Wilkinson who coached at the University of Oklahoma from 1947 to 1963. 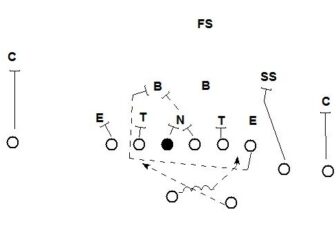 To identify the Okie front, look at the nose and two ends:

The Okie is an odd front and will have the Sam and Will linebackers walked up to the line of scrimmage to help play force and funnel the run game back inside. The Sam drops into coverage in passing situations since he aligns to the formational strength. In the run game, he is responsible for two-gapping the tight end.

The two middle linebackers aligned over the guards need to “make right” the down defensive linemen if they get sealed into a gap. 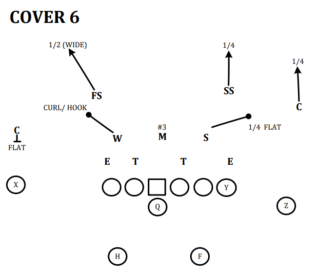 Strengths of the Okie Front

The Okie front is an effective 3rd and long defense that allows defensive coordinators to drop eight players into coverage or work specialized blitzes and stunts from the outside linebackers at the line of scrimmage. With three defensive linemen controlling their gaps up front, that allows more players to drop into coverage if needed.

Versatility to use Stunts

Since the linebackers are unprotected from the guards, defensive coordinators will stunt their front five to prevent guards from immediately climbing to the second level. This is partly by necessity, but it turns a vanilla look into something different from snap-to-snap. That keeps the two linebackers clean and can force offensive linemen to turn their hips and let the linebackers fill.

Weaknesses of the Okie Front

As mentioned above, the Okie front leaves the linebackers unprotected if there’s no use of slants or stunts. That allows the offensive line to work double teams inside and get free access to the linebackers. Once blocked on the second level, there is potential for big gains in the run game.

Most effective with players that can two-gap across the line

At the higher levels, the Okie defense is predominantly a two-gap defense where defensive lineman have to control two gaps. That takes special players that are physical and strong enough to shed and occupy offensive linemen. The nose tackle in particular has be to be able to withstand double teams and occupy blockers in the middle of the line to enable linebackers to fill. That means the three down linemen aren’t typically penetrators. Instead, they build the line and shed into the play-side gap.

The Okie front occupies gaps upfront with three true defensive linemen which allows the linebackers to plug and fill unimpeded. The Okie front takes stout tackles, but if the personnel is there, it’s a difficult front to run against. It provides versatility with stunts and can drop eight into coverage in passing situations.