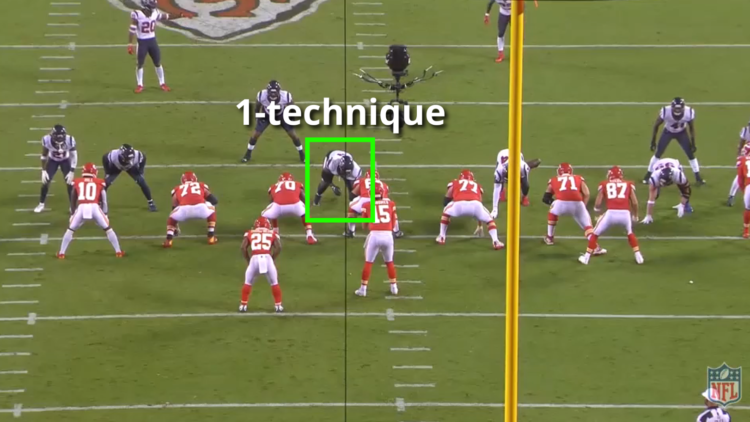 If you are on a shoulder of the center, you are a 1-tech. Another word for a 1-tech is a “shade”. It means the same thing, it just indicates that there is a player shading over the center.

A 1-tech is a larger player who can withstand a double team from the center and the guard. A good 1-tech ensures that the 3-tech gets a one-on-one matchup. Whether they’re a true 1-tech or a 0, they have generally same role. In an even front (four defensive linemen), the defense is playing with four defensive linemen vs. five offensive linemen. By the nose eating up two offensive players, that enables everyone else to have a one-on-one. They are absolutely critical to run defenses. They make everyone else’s jobs much easier and allow for linebackers to fill as they contribute to the run game.