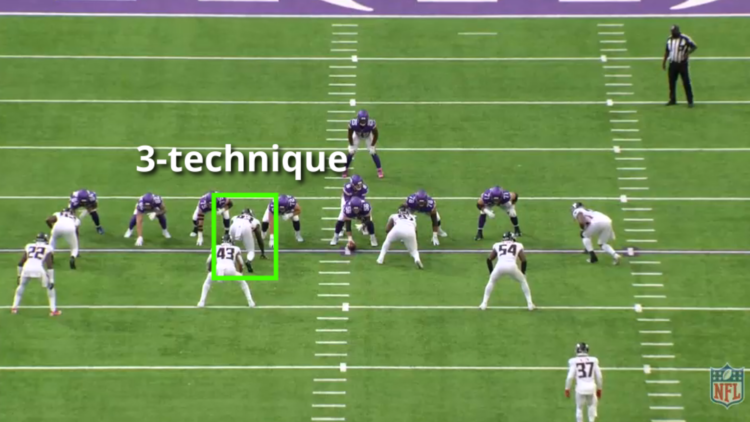 A player on the outside shoulder of the guard is a 3-technique. 3-techniques are a little more slender than 1-techs or nose tackles.

A 3-tech is a twitchier interior defender. He’s the guy that will get you pressure on the inside. By alignment, a 3-tech is much more difficult to double team because they are isolated on a guard. In an even front, a 3-tech will usually be paired with an EDGE defender. Meanwhile, the center has to work on the 1-tech or nose defender. Thus, the isolation of the 3-tech on the guard. In four-man fronts, that’s how things are typically organized. A 1-tech, a 3-tech, and two EDGE players that aligned in a 4-tech or wider.

The premier quality for 3-techs is quickness and explosiveness. 3-techniques are the guys schemed up to get penetration and into the backfield. Because they don’t have to hold up to double teams as often, they tend to be slightly smaller and under 300 lbs.