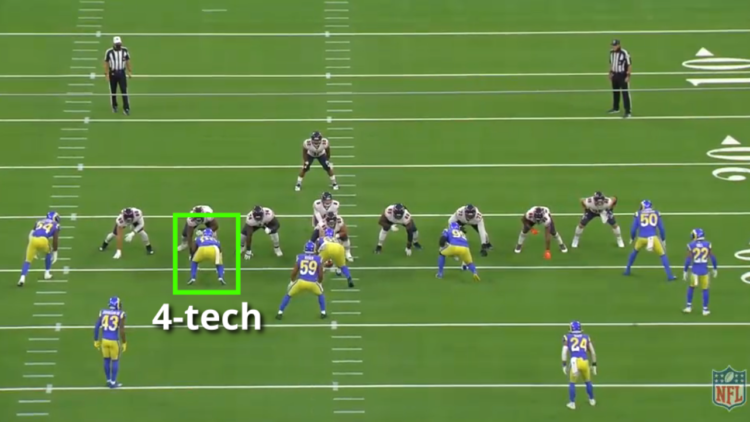 A player aligned directly in front of an offensive tackle is a 4-technique. A 4i would be on the inside shoulder of the tackle.

4-techniques are usually 3-4 defensive ends. They’re a little slimmer than 3-techs and often work against tackles by alignment. They have to be impact players in both the run and pass game. However, 3-4 ends aren’t usually premier pass rushers. 4i players are becoming more and more popular and are a staple in fronts used by Brandon Staley. The 4i alignment makes it difficult for offenses to leave them as solo blocks. 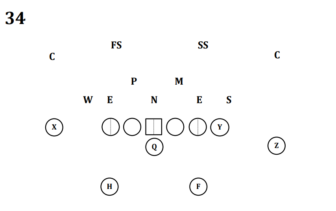 True 4-techniques aren’t all that common in the NFL. They often lean more towards being defensive tackles that are split out wider to help hold the point of atttack and allow the linebackers to run free.