As the season winds down, some coaches will be given the pink slip. Heck, we’ve already seen one coaching change with the Raiders and numerous other jobs will be opening up. Last season we saw seven head coaching spots open up. We might not see that many this year, but we should expect five or six. As mentioned, the Raiders job is open and others like the Bears, Seahawks, and Giants seem likely. So, who are the top candidates? Here are twelve names for you:

Daboll has received praise for turning Josh Allen from a raw prospect to an MVP candidate in four seasons. The Bills have one of the most explosive offenses in the league and he could a great pair with a young quarterback. Many, including myself, believed that Daboll would get the promotion last year, but it never happened. Expect that to change this year.

Many may think it’s easy to score points with an offense that’s as gifted as the Cowboys, but that doesn’t diminish the play-calling and creativity from Moore. After going straight from playing into coaching in 2018, Moore fits the profile of a player’s coach who creates new and innovative ideas on the offensive side of the ball. He’s only 33 years old, which would make him the youngest head coach in the league, but it feels as if Moore is mature past his years. I’m not sure if Moore will jump at the first head coaching job he can get as he can afford to be patient. If he plays his cards right, he could be the Cowboys head coach of the future in a season or two.

By now, every football fan probably knows who Bienemy is. He’s been an integral part of the historically great Chiefs offense the last few years and many think he should be a head coach by now. However, he’s gone through two coaching cycles with no new job offers. Why is that? Reportedly he doesn’t interview well and he has had some run-ins with the law that could concern some teams.

The Colts defense has flown under the radar the last few years and has developed into an elite unit. Eberflus doesn’t fit the mold of an up-and-coming offensive mind, but you can’t deny his coaching ability. He has interviewed with teams in the past, but recent trends are against him. The fifty-one-year-old could be a better fit to take over a more mature, playoff-ready team than one that is in the middle of a rebuild. 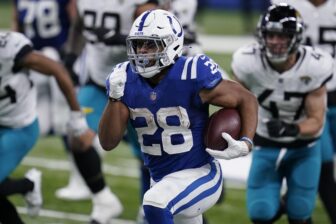 McDaniels is quite the polarizing figure for a head coach. He burned bright and faded quickly in his short stint as the Broncos head coach and then famously accepted then unaccepted the Colts opening a few years ago. It does seem that he is waiting around for Belichick to retire and take over the Patriots job. It could be even an easier decision now that the Patriots have found their quarterback of the future. Does the front office and ownership see him as the heir apparent? If he’s open to it, many teams could come knocking on his door for an interview.

He may only be a positional coach and have three years of coaching experience, but the buzz around Mayo is getting loud. He’s been praised for his work ethic as a player and it seems to have carried over to his duties as a coach. He’s another guy that might have to wait another year or two, but he will get a few interviews.

I think that Leftwich is in a similar situation to Moore in that he’s waiting around for a promotion within his own team. Bruce Arians has said nothing but positive things about Leftwich as a play-caller and coach and he fits the profile as a young offensive coach. Outside of Mayo, he’s the only guy on this list that’s been a consistent starter in the NFL. He can relate with players more so than the average coach. Even if he does want to wait around for Tampa Bay to promote him, expect him to interview. He just might impress a team enough to give him a shot.

The lone college coach on this list, Campbell is seen as a program builder and culture setter. He’s been happy in Ames, but has been seen as a future NFL coach. In fact, he was the top candidate for the Lions job last year and they reportedly made him a very strong offer. The rumor is that Campbell would only leave Iowa State for two college jobs: Notre Dame and Ohio State. Notre Dame just filled their head coaching vacancy and Ryan Day doesn’t appear to be leaving Ohio State. Campbell could make a lot more money and have an easier job should he move onto the pros. This very well could be the year for him.

Hackett went from being fired in 2018 as Jaguars’ offensive coordinator to being seen as a solid head coaching candidate. You might think that the Packers scheme and play-calling have nothing to do with Aaron Rodgers’ success. You would be wrong, though, as Hackett and head coach Matt LaFleur have created something special in Green Bay in a short amount of time. Hackett will be one of the names to interview for several teams. 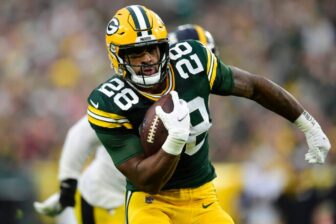 Everyone knows the Giants are a mess right now, but don’t blame their defense for that. They might give up a lot of yards, but they are right in the middle in terms of scoring defense despite not having the roster to compete with most teams. Still not convinced? Graham turned down an interview opportunity with the Jets last year and signed an extension with the Giants to make him one of the highest-paid coordinators in the league. The Giants are also not making the playoffs, meaning he will have no restrictions for other teams to request an interview with him.

In his first go-around as head coach of the Buccaneers, Morris failed miserably. He has done a good job of rehabbing his image and has been receiving interviews the last two off-seasons. Nobody will call him an X’s and O’s mastermind but has drawn praise for his leadership abilities. The Rams defense has taken a step back in 2021 which hurts Morris’s chances, but if they can turn it around down the stretch then there’s a strong chance he’ll be a hot candidate again.

Kafka surprised some folks last year when the Eagles interviewed him for their head coaching vacancy. When you look deeper, he’s an organization’s dream candidate. He’s young, intelligent (went to Northwestern and got his MBA from the University of Miami), and an offensive-minded coach. His work with Patrick Mahomes has drawn praise and makes him someone who figures to be promoted to a coordinator next year. He should get some more interviews this year and could be an intriguing option for a team looking at a long rebuild.