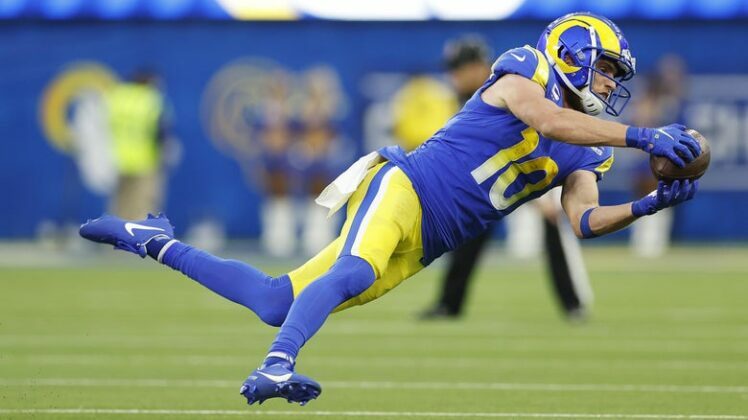 Kupp has hit this in 15 out of 20 games this season. You could argue that a Bengals defense that finished in the bottom ten in pass defense is playing better, but ultimately their secondary will still have trouble trying to contain Kupp. I’d expect Sean McVay to dial up a lot of plays designed for Kupp early in the game, particularly on play-action where he should be able to gain an upper hand when lined up in the slot.

While the Rams have been committed to giving Cam Akers plenty of carries in his return from injury, the Rams haven’t been successful on the ground failing to hit 100 yards as a team in four of their last five games. There’s still this notion out there that Stafford isn’t a clutch quarterback, but he’s been rock solid in these playoffs and has shown he can carry this Rams offense. I’d expect a strong second half from this passing attack. On the flip side, Joe Burrow is balling out and is playing as well as any quarterback in the league all year. Despite playing well, he’s only thrown for over 325 yards in one of the three playoff games this year. However, he did hit this in four of his last five regular season games and the Rams had a pass defense that finished in the bottom half. I have to believe one of these gunslingers will have a great game.

Like I said earlier, Akers has really struggled in his return from injury. Of course, he did return from an Achilles tear in five months so nobody should expect him to be at 100% but he’s yet to look like his former self. I do worry about the fact he should get about 10-15 carries at least and could break a big run, but going on what I’ve seen and the fact that the Bengals run defense was very solid in 2021, I’m going to feel very comfortable with the under here. 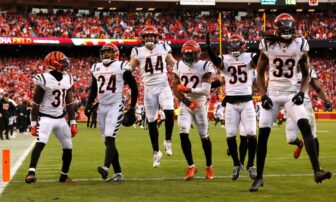 Also Read:
How the Cincinnati defense adapted to shut down the Chiefs offense

While having an up and down year in terms of receiving totals, Mixon has had his best stretch as a receiver these last five games. In this stretch, he’s aver-gad a little over five catches and forty-three yards a game. I would fully expect the Rams secondary to play the Bengals receivers very tight and thus leave a lot of open room underneath for check-downs to Mixon. The volume will be there, but we just need Mixon to break one for this to hit without a sweat.

The MVP award has been dominated by quarterbacks, with the position winning four of the last five years. However, Kupp has been the best receiver in football this year and almost seems like a lock to score a touchdown and go for over 100 yards receiving. As the Rams are also the favorites to win (and who I predict to win this game), Kupp will play a huge part in the game, and Stafford to win MVP (+100) isn’t great value in my opinion. Kupp winning on the other hand is excellent value at +600, but don’t go too heavy on this play.

This is a tough one, but as you can tell I’m all in on the Rams pass game. By being at their home field, I could see McVay being aggressive early and calling a play-action pass down the field for Kupp or Beckham Jr. If you’re looking at recent historical data, the first play in two of the three Rams playoff games have been passes. Because of the good odds and the recent trends, I think this is a good play to sprinkle some money on. 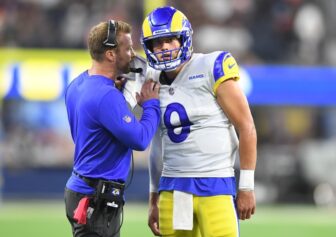 Because tails never fails right? Right?!?! Of course it’s a 50/50 chance, but historically there has been an advantage for tails over heads. In the fifty-five Super Bowls, tails have hit 29 times versus the 26 times for heads. Why not make it an even 30?