Packers retain much of their defense

The Packers cut Za’Darius Smith on Monday, but other than that, have been able to keep some important pieces around on defense. They were able to re-sign Preston Smith and De’Vondre Campbell while appearing to have a deal in the works for standout corner Rasul Douglas. Campbell and Douglas made huge impacts on their defense last year and were perfect scheme fits for defensive coordinator Joe Barry.

None of the Lions’ signings will steal headlines, but they kept safeties Tracy Walker and CJ Moore along with re-signing defensive end Charles Harris. They all join on very reasonable deals with Walker being the most expensive at $8.3M/Yr. The Lions struggled with pass defense at times last year. Getting help rushing the passer and protecting the back end could help them take a nice step forward along with the return from injured corner Jeffrey Okudah. 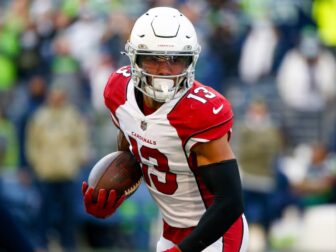 Cowboys lose out on Randy Gregory

It seemed like Dallas had Randy Gregory all wrapped up right up until they didn’t. Gregory switched lanes at the last minute and signed a five year, $70M deal with the Denver Broncos. Denver has made a huge push with the addition of Russell Wilson and now Randy Gregory. The arms race in the AFC West is getting wild.

JC Jackson signed with the Chargers on a five year, $82.5M deal. That’s not cheap and definitely not an amount New England has historically paid to its corners. That leaves the Patriots with Jalen Mills and Jonathan Jones starting outside at corner. Not exactly a duo that strikes fear into opponents.