Under the Radar Free Agents at Every Position

It’s tough to really find an under-the-radar quarterback because we’ve seen most of these guys play. However, it’s the guy who knows his role that is most valuable to a team. McCoy knows he’ll never enter training camp as a starter, but he is a highly valued back-up who can not only serve as a mentor to a young quarterback but also step in and win a game or two. McCoy went 2-1 as a starter for the Cardinals last year and completed nearly 75% of his passes. He’s likely to see a nice contract for a backup.

It seems like every year we wait for Jones to break out and it just hasn’t happened yet. He played a big part in the Buccaneers’ 2020 Super Bowl run but has fought injuries and inconsistent play for most of his career. He’ll never be a bell-cow back but has proven to be a solid member of a running back by committee who has experience in big games. He’s known as a physical runner, but his 4.5 yards per carry for his career show his versatility.

McCloud is much more of a special teamer than a wide receiver, but his speed can add a new dimension to an offense. The Steelers are incredibly deep at the position so McCloud never got a lot of targets, but he is one of the best return men in the league. It’s reported that he has several teams interested in his services so maybe he’s not off the radar, but his impact on the game will be a steal for the money he’ll make.

Just a few seasons ago, most thought the Falcons got great value in trading a second-round pick for Hurst. After showing some promise in 2020, Hurst fell off in 2021 while also battling an injury. He’s a good blocker who has shown he can catch passes but is probably better off as a TE2 than a featured player. Teams that want to run heavy play-action and spread the ball around will value Hurst the most. 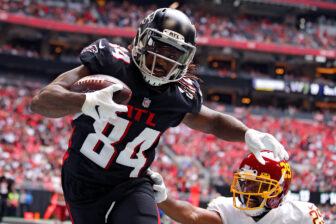 The Bills had to clear some cap space and unfortunately for them, Feliciano was a casualty. He’s never going to be considered a good starter, but he’s very steady and is a starter on most teams. He has missed fifteen games the last two years which is a concern, but for a modest NFL contract will make some team’s offensive line much stronger.

A castoff for the Raiders, Key developed into a pass rush specialist for the 49ers while playing for the veteran minimum. After no sacks in the first six games, while he tried to find his spot in the rotation, Key exploded for 6.5 sacks over the last twelve while being used mostly as an interior rusher on third down. He will surely see a multiple-year deal and has the chance to develop into a double-digit sacks a year type player.

Rams fans are probably excited to see Reeder go after a few years of up and down play, but he’s an average starting linebacker. He’s going to give up a lot of catches in coverage, but he’s a good run defender that has a nose for the football. Also, he’s a good special teams player. There’s still a role for guys like Reeder, but it’s more of a reduced one. Because of this, you can get a guy who’ll play a solid amount of snaps for cheap. 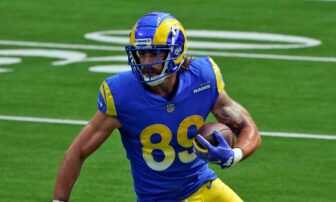 Also Read:
Tyler Higbee is the unsung hero of the Rams offense

After being released by the 49ers a few seasons ago, Reed has turned into a starting-caliber defensive back for the Seahawks. He’s undersized at 5’9″ but plays very aggressively against the run and the pass. Also, he can return kicks. He will never develop into a Pro Bowl level player, but in the right system, is an above average starter.