The Packers go against the grain early in the draft 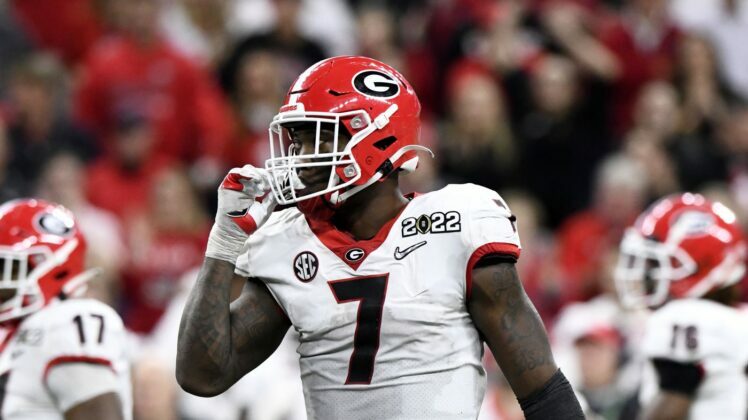 The Packers selected two Georgia Bulldogs in the first round of the 2022 NFL Draft. Both selections of Quay Walker and Devonte Wyatt were out of the norm for the Packers. While both players can certainly contribute right away, the Packers have historically stayed away from older prospects. Devonte Wyatt will be 25 when the season starts. He will be almost four years older than Kenny Clark was when the Packers last took a defensive tackle in the first round.

Quay Walker, on the other hand, is an off-ball linebacker. The positional value of Walker in a defense that plays a lot of Dime and that just paid De’Vondre Campbell isn’t quite what you’d hope from the 22nd overall selection. He tested really well and had some great flashes at Georgia. If he can put it all together, he’ll be an impact player. Right now, he’s just a bag of tools.

None of this is to say that Walker or Wyatt will be bad players. Both are exceptional athletes that scored highly in relative athlete scores, which the Packers lean on heavily to project potential in their prospects. If the Packers intend to shift to more base on defense, requiring two linebackers, the pick of Walker makes sense. They need someone reliable to plug into that position. Walker flashes burst, speed, and athleticism. He is still only a one-year starter and has some growing to do in pass coverage. There are players with similar athletic profiles that could have been found later in the draft.

The same can be said for Wyatt. Green Bay needs someone opposite Kenny Clark in the middle. Wyatt has great straight-line burst and can work as a one-gap penetrator on pass downs. He may struggle as an every-down player, though.

There’s no doubt of the positional need for Green Bay at defensive tackle and linebacker. There is doubt about the value the Packers got from taking those players in the first round. Aaron Rodgers can fix a lot of things on offense, but the identity in Green Bay could shift this season. Could cold weather football with AJ Dillon, a stellar offensive line, and what’s looking like a stacked defense finally bring another Super Bowl back to Green Bay?