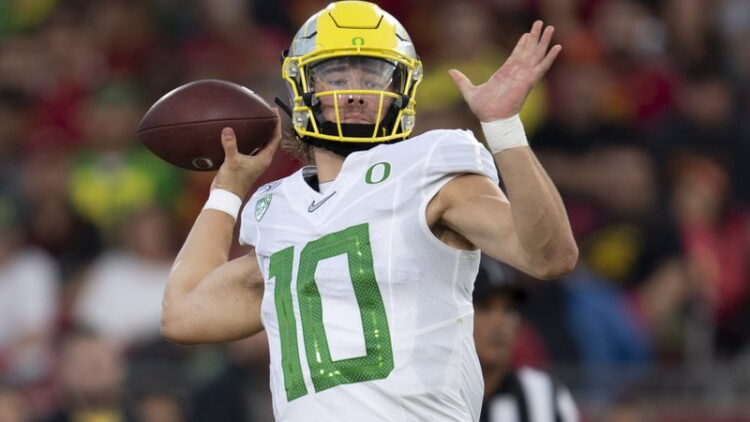 Back again with the most anticipated sequel since the Godfather, part II. Lots of talented here, with many having the highest ceiling, but maybe a lower floor. These boom or bust type prospects can make a GM a hero or a villain.

Willis anchored the right tackle spot the past two seasons on a star-studded Alabama team. He has the ideal size and strength to be a long term starter at either tackle spot for the next decade. While some may look at the fact he was a right tackle, not a left tackle as a concern, he was still protecting the blind side of left-handed quarterback Tua Tagovailoa. This makes me believe he could play at either tackle spot at a high level. He won’t test off the charts athletically but is exceptional with his hands fighting off edge rushers. Has a strong and powerful frame and doesn’t get pushed back on bullrushes. In an NFL where protecting the quarterback on offense and getting to the quarterback on defense is the goal of every team, having a stud like Willis on the bookend is a luxury to any team.

Possibly the strongest player in the draft, Wirfs is a mauler and downright nasty offensive lineman. A three-year starter at right tackle, Wirfs is a very physical run and pass blocker and moves his body well for a man standing at 6-5, 320 lbs. On tape, you can see him easily move blockers off the edge with quick feet on speed moves and just overpower linemen when they attempt a bull rush. He did have a few lapses on stunts being a step slow but typically was able to slow down rushers by utilizing his long arms. Never played on the left side could be concerning to teams, but at just 21 years old he will have plenty of time to develop. Suspended the first game of 2018 after an offseason arrest will surely be addressed when meeting with teams.

The leader of the Tigers defense, Delpit etched his name in stone as a top prospect after becoming a two-time All-American and Thorpe award winner in 2019. Lines up at strong safety typically but plays all around the field and profiles to play at either safety spot in the NFL. Looks like a natural against the run being able to diagnose plays and read where the ball carrier is going to go. Not afraid to line up close to the line of scrimmage and or blitz off the edge. Displays good coverage skills in man or zone and does a good job of playing against opponents tight ends. Has the speed to keep up with most pass catchers but won’t get outmuscled of boxed out on 50/50 balls. Statistically had a better 2018 season with 5 interceptions and 9 tackles for losses, but was battling an ankle injury this past season that could explain the dip in production. Projects best in a system that allows him to not be stationary and line up in a multitude of positions to confuse defenses.

Quite possibly the best player you’ve never heard of, Kinlaw skyrocketing up draft boards this season the more film there was out there of him. Kinlaw grew up homeless and didn’t qualify academically out of high school that forced him to play junior college for a season, but joined the Gamecocks as a Sophomore and showed improvement every season. Lining up at a three-technique, which should be his position in the NFL, Kinlaw is close to unblockable on the interior as you can get on both pass and run plays. Has a very quick get off and quick feet that forced him to be constantly double-teamed by opponents. Teams often would bring the center over to chip block him but more often than not Kinlaw was able to apply pressure on the quarterback. He doesn’t have the motor desired in a top prospect but that could be a result of not being in the best of shape to play a high number of snaps or possibly mentally checking out sometimes. Needs some coaching to diversify his pass-rushing abilities, but even if that doesn’t happen he’ll be a three-down player immediately. He has just the size and quickness that you can’t teach.

While Alabama’s defense struggled this past year, McKinney was by far the star and glue of the unit. He lined up at both safeties spots, linebacker and slot corner, but he projects best at playing either safety spot as he as the coverage abilities to guard tight ends or play deep in centerfield if needed. Was a big play machine racking up sacks, forced fumbles and interceptions in both years as a starter. Has a nose for the football and you can find him wherever the ball is. He does a great job of reading the eyes of the quarterback and breaking hard to the ball. Didn’t seem to be the elite in the run game and often would over pursues on his angles, but that is something that can be coached. May never be an All-Pro but looks like an overall safe prospect who can start right away and also produce on special teams.

The ultra-competitive back out of OSU showed great promise in his first two years but broke out his junior campaign rushing for over 2000 yards when he was called upon to be the main guy. Dobbins is a solidly built back that allows him to run in between the tackles, yet has the quickness required to run stretch plays. Hits the hole harder than any back I’ve seen this past season and was a great fit in the Ohio State spread offense that allowed him to read the hole then attack it. Displayed good hands that will allow him to be a third-down contributor. No glaring weaknesses in his skillset, but would work best in a balanced offense that has a quarterback to take the pressure off of the run game.

This guy get off is absolutely insane. Like seriously, you couldn’t watch any of LSU’s final three games and not immediately notice #18 coming off the edge in a hurry. Unreal timing and explosiveness. Add in great size and good pass rush moves and it makes you question as to why Chaisson only had 6.5 sacks, 4.5 of those coming in a three-game stretch, this past season. Often he would hit the quarterback and force them to throw the ball early or scramble outside the pocket but other times he would use that speed rush and then not come back with a counter move. Still, with the athletic ability he has, he will hear his name early in the draft due to the untapped potential he possesses. Another plus quality he has is his leadership ability. Despite only playing one full season (tore his ACL as a true sophomore that made him miss the entire season), he was voted as a team captain before the 2019 season which speaks to how highly he is thought of.

A long, athletic rusher off the edge, Gross-Matos is the perfect fit for any team looking for a productive pass defensive end. He jumped into the starting lineup as a Sophomore and delivered two strong seasons for the Nittany Lions. He has an NFL ready body coming in at 6-5, 260 pounds and uses his body to his advantage. Jumps off the line with a quick get off and is able to use his long arms with rip and swim moves. His best trait however maybe his motor. He never gives up on a play and regardless of the down, gives maximum effort showing that he can be a three-down contributor. Would work best as a 4-3 end with the ability to play right over the tackle or in a wide 9 technique, but has the athleticism to be able to be effective as a 3-4 linebacker. It may take a year or two to become a legitimate starter, but with the right coaching, he will get there. Was one of the players named in a bullying/hazing lawsuit against the school, so teams will question his maturity and leadership abilities.

The brother of Vikings WR Stefon Diggs, Trevon made a name for himself as a corner despite the fact he was recruited as a wide receiver coming out of high school. His body type resembles a receiver as he is long and lean without too much muscle on his frame. But because of his size, he is strong in press coverage and profiles as a strong boundary corner. Needs some work still against shiftier, smaller receivers but have to look at the big picture with Diggs. He has battled some injuries throughout his career, but stayed healthy his senior year which happened to also be his best season. For being a former receiver, his ball skills are elite for a corner which means he has the natural instincts to play the corner position. If he can get the right coaching, he has as high of a ceiling as any DB in the draft.

The most polarizing prospect in the draft, Herbert returned for his senior year even though the consensus was that he would be a top 10 pick. While he still might go in that range, Herbert didn’t do much that changed my opinion of him as a prospect. Has the natural abilities that you’d want in a franchise quarterback: size, athleticism, arm strength. Despite this was never the most accurate of thrower and made quite a few questionable decisions with the ball every game. Also would have liked him to use his legs more as he is pretty mobile for a guy his size (6-6, 240), as he was fortunate enough to play behind the best offensive line in college in 2019. He needs to be in a quarterback-friendly system and paired with a coach that is willing to be patient with him. Ideally, he sits out his rookie year to study the game and develop his accuracy. There have been reports of lack of maturity and leadership which raises the questions if he can be the “guy”. Was the MVP of the Senior Bowl and helped his stock that week in Mobile. In my opinion, he is a classic boom or bust prospect; one that could easily be a Pro Bowler or out of the league in five years.