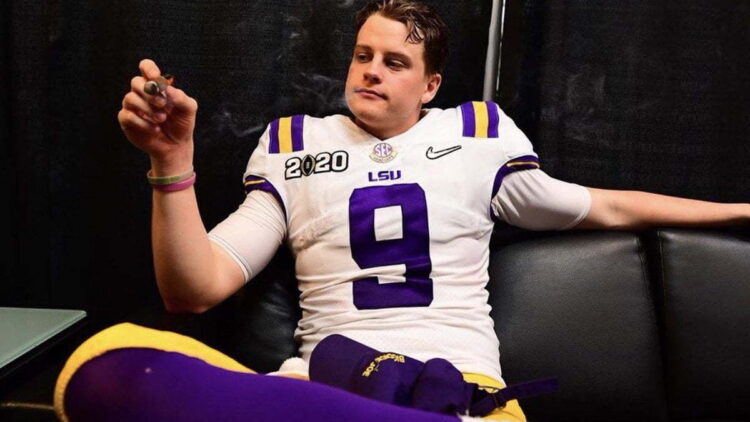 As stated in our big board, Chase Young is by far the best prospect in this draft. Burrow and Tua might be the biggest and most talked-about names, but no doubt in my mind that Young is the number one overall talent. Immediate Pro Bowl level player and with the Bengals more than likely picking Burrow first overall, the Redskins can’t afford to pass on this demon pass rusher.

Some clarity here: this best couple is for prospects who will be possibly and realistically be teammates at the professional level. As the Dolphins have three first-round picks and figure to be aggressive to get Tua early, I can’t think of a better fit for the young quarterback than Clemson WR Tee Higgins at 18 or 26. The Dolphins have been aggressive in free agency on the defensive side of the ball, but still needs to retool that offense. You go get your franchise quarterback and then assist him with a big-bodied receiver. While Clemson and Alabama are rivals, powering these two together would be so beneficial for their respective futures.

If this video doesn’t do it for you, maybe the 4.2 40 yard dash will. The craziest part about that is that he felt like he should have done better. Ruggs is such a special athlete and probably one that could excel in several sports. Needs more polish as a player to avoid being a one-trick pony as a deep threat, but at worst he’s a DeSean Jackson-type playmaker that just about any team would love to have. In a crowded class of wide receivers, none may have the upside that Ruggs possesses. I envision him being drafted between 12-25, with the Broncos, Eagles and Vikings being ideal landing spots.

I find it really tough for Okudah to be a bust, barring injury. He can play in any scheme and as a cornerback, doesn’t necessarily need others around him to play at a high level (but it would help). Just about every other prospect, besides Young, needs some sort of refinement or improvement in their game but Okudah is ready to go right now. Could see him being a top cornerback for the next decade or so and is one of the safest prospects to come through in a long time. A probable top-five pick and I don’t see a scenario where he drops past the Cardinals at eight, with the Lions at three being the ceiling.

Becton reminds me of a player you create yourself in Madden. As a mountain of a man and an athletic specimen, there’s no other person (besides Chuck Norris) I’d rather fight beside me in a zombie apocalypse. You could just send him out in the wild and he would destroy the enemy and bring peace and prosperity to the world. As a prospect, he’s a surefire top ten pick with teams like the Jaguars, Cardinals, and Panthers looking for line help.

Is Herbert going to be one of the cool jocks or the dropout? Honestly to me, it’s 50/50. He’s still more than likely going to be a top ten pick with the Chargers at six seeming probable, many are unsure if he is cut out to be the face of a franchise. He had a strong yet underwhelming career at Oregon and never seemed to live up to his potential. With the right offensive mind, he could flourish, but if he’s asked to carry a team early, the results won’t be pretty.

Burrow is a cult hero in Baton Rouge now. The transfer quarterback whose underdog story is something straight from a movie. He’s almost a lock to go number one overall and just about every franchise would welcome a player, and more importantly a man like Burrow. Congrats Cincy, you found your franchise quarterback. Now, don’t screw it up.

Most likely to end up on Sportscenter’s top 10- Jerry Jeudy, WR Alabama

I compared Jeudy to Odell Beckham Jr. which should say everything about what I think of him. Might not be the biggest or fastest guy, but makes all the jaw-dropping plays that will make him one of the best receivers in the league. Great with the ball in his hands and has the strong hands required to make the flashy catch. He’ll get drafted between seven and fifteen and would be a perfect fit for the Raiders or 49ers.