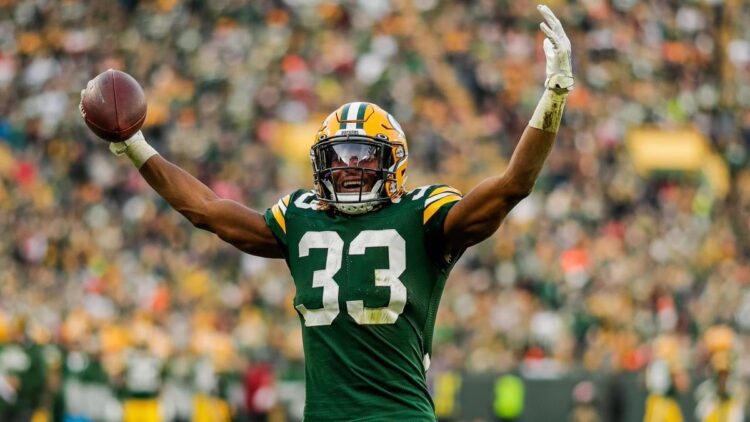 We will be updating you on all the action on the opening week of free agency and giving our grades on the biggest deals! If you want to check out our predictions for some of the top players, check out our piece to get all caught up!

49ers keep their guy… and add some beef in the middle

The top free agent on the market, Trent Williams, becomes the highest paid offensive lineman in the game and stays in San Francisco. Some may think giving a 32 year-old a 6 year/138 million dollar deal is crazy, but he’s among the league’s best and is a perfect fit in San Francisco’s system. Also, the 49ers signed center Alex Mack, who had the best years of his career in Atlanta under Kyle Shanahan. The 49ers struggled to find consistency at center, so this move is a massive upgrade for the offense as a whole.

A.J. Green was one of the best wide receivers in the league in the mid-2000’s, but has dealt with some injuries the past few seasons. However, as a #2 to Deandre Hopkins, he should see a lot of single coverage and makes the Cardinals offense is even more dynamic.

The Panthers Get A Steal

I know I’m probably higher on Haasan Reddick than most, but getting him for just eight million is a steal. He didn’t settle into a role on the Cardinals defense until 2020, where he had 12.5 sacks. I doubt he’ll become a superstar, but pairing him on the edge with Brian Burns gives the Panthers defense a lot of speed and sack production.

Tuesday, March 16- Value Still To Be Had

The Patriots are on pace to spend the most money in a single free agency period and signed tight end Hunter Henry. Pairing Henry with Jonnu Smith, who they signed yesterday, gives the Patriots the chance to run a lot of two tight end sets. When healthy, Henry is one of the better pass-catching tight ends in the league and can make life easier for whoever is throwing the ball in New England.

Within minutes of each other, both Andy Dalton and Tyrod Taylor found new homes. First, Dalton signed a one-year deal to become the new starter for the Chicago Bears. It’s an uninspiring choice, but Dalton is steady and can be a good game manager. For Taylor, he also signed a one-year deal with the Texans. With the uncertainty of the Texans quarterback situation, having a strong leader in Taylor should help calm the locker room down a little bit.

Aaron Jones comes back to the Pack

Is paying a running back big money a good idea? No. But to the Packers defense, only 13 million of the 4 years/48 million dollar deal signed by Jones is guaranteed. He reportedly turned down more money from other teams to stay in Green Bay and compete for a Super Bowl. Him and AJ Dillon should form a potent 1-2 punch for the Packers as they eventually replace Aaron Rodges with Jordan Love. Or will they? Different question for a different day, just know that the Jones deal isn’t as crazy as you think it is.

What do Jonnu Smith, Davon Godchaux, Jalen Mills, and Matthew Judon have in common? They’re all the newest members of the Patriots. The usually quiet Patriots went crazy in the first few hours of free agency and are preparing for a quick rebuild in order to contend in 2021. Did they pay a little too much for some of these guys? Yes, but their current roster is in bad shape and all these guys will be immediate starters. They didn’t stop there though. Later in the afternoon they signed receivers Nelson Agholor and Kendrick Bourne. Belichick won’t stand for another subpar season it seems.

Juice and Verrett stay in the Bay

The 49ers faithful are fired up after the team signed two key contributors in fullback Kyle Juszczyk (yes even as a die hard fan I have to look up how to spell his name every time) and cornerback Jason Verrett. The Juszczyk deal of 5 years/27 million looks shocking at first, but it’s a very low cap hit in years one and two and the final three years are essentially easy to get out of. Verrett took a one-year, 5.5 million dollar deal that can go to 6.5 million should he hit certain benchmarks. He’s spent most of his career injured, but balled out in 2020 and is a high-level starter when healthy.

Chiefs beef up their offensive line with Thuney

After the Chiefs released offensive linemen Eric Fisher and Mitchell Schwartz, we should have seen a move like this happening. The best guard on the market, Joe Thuney, signed with the 2019 Super Bowl champs on a 5 year/80 million dollar deal. This is a home run signing on both ends. Not only will Thuney help in pass protection, but is also a dominant run blocker who will create lanes for Clyde Edwards-Helair.

Browns strengthen in the secondary

John Johnson in my opinion is one of the more underrated players in the whole league. With the Browns signing him, their biggest weakness as a defense last year, safety, strengthens. If they can find one more pass rusher, they could become a very strong unit.

The Chargers get some help for Herbert

The Chargers desperately needed offensive line help and got the best center on the market in Corey Linsley. They replace the retiring Mike Pouncey with an upgrade in Linsley. Solidifying the tackle position is the next step for a Chargers team that is on the rise

Raiders get their pass rusher

There was one need this year for the Raiders and that was finding a pass rusher. Yannick Ngakoue is young, but has as much upside as any free agent on the market. Yes, he is expensive but pairing him and Maxx Crosby together gives Las Vegas a young duo to build around.

Somehow, someway the Rams were able to keep Leonard Floyd on a 4 year/64 million dollar deal. While Floyd didn’t really blossom until his 10.5 sack season in 2020, he is a good complement to Aaron Donald. This is a lot more money that I would pay for him and the Rams are up against the salary cap, but they are in a win now mode.

The Jets do something

The Jets came into the offseason with the second most cap space, but are still a team a few years away from competing. They were able to acquire Corey Davis, a former top 5 pick who struggled his first three seasons before finally flashing some promise in 2020. Whoever is under center for the Jets next season will need reliable options out wide and Davis can be a game-breaker when healthy. Then, new head coach Robert Saleh picked up a much needed pass rusher in Carl Lawson. Lawson doesn’t have the flashy stats, but pairing him with Quinnen Williams could be nasty.

Former Steeler Bud Dupree signed a massive 16.5 million per year deal with the Titans. This is a surprise in my opinion because Dupree is coming off of an ACL tear, but the Titans do need a guy who can get to the quarterback. After the Dupree deal went through, the Bengals locked down Trey Hendrickson on a 4 year/60 million dollar deal. Hendrickson had 13.5 sacks last year, but won’t be surrounded by the talent he had in New Orleans.