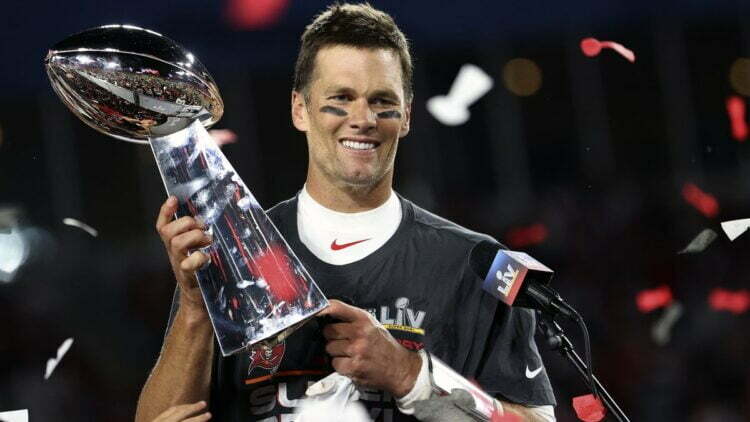 Last season Tom Brady shocked the world by leaving the New England Patriots to join the Tampa Bay Buccaneers. Before Brady’s arrival, the Buccaneers had missed the playoffs for 13 consecutive seasons. He had a marvelous season throwing for 4,633 yards and 40 touchdowns. On the way to his 7th Super Bowl win, he beat hall of fame quarterbacks Drew Brees, Aaron Rodgers, and Patrick Mahomes. Now with a complete offseason this year, can Tom Brady and the Buccaneers run it back?

Although every team in the NFL dealt with the obstacles of COVID last year, it was particularly challenging for players and rookies going to new teams such as Tom Brady. Despite Brady’s greatness, even he needs time to develop chemistry with his teammates.

The lack of chemistry showed in the first half of the season with Tom Brady’s completion percentage down the field. There were several stretches through the season where Brady was 3/28 and 0/19 on throws 20+ yards down the field. Brady and his receivers weren’t on the same page which caused several challenges for the offense. However, before the playoffs began, the offense found their groove. Over the last two weeks of the season, Tom Brady threw 8 touchdowns to 1 interception. Against the Lions, Brady was 6/8 on deep throws for 174 yards and 3 touchdowns. It took some time, but once the offense got some momentum, they were nearly unstoppable.

Brady and the Bucs running it back

During free agency, it was expected that Tampa Bay would lose some players after winning the Super Bowl. According to the Tampa Bay Times, it was reported that Tom Brady took a pay cut to give the team some cap relief. As a result, the Bucs were able to re-sign everyone including Shaq Barrett, Antonio Brown, and Lavonte David. Now that they have a complete offseason, Tom Brady will most likely be more efficient and the defense could be as dominant as they were during the playoffs.

Although the Tampa Bay Buccaneers had a top 5 offense in the NFL, there was still an element that was missing within the offense. According to Sharp Football Stats, the Buccaneers were ranked 17th in the NFL in explosive play rate. As mentioned earlier, Tom Brady struggled with his deep ball accuracy. This resulted in a high number of turnovers and incompletions. Bruce Arians’ offense emphasizes deep shots down the field, so if Tom Brady can increase his efficiency with the deep ball, both the pass and run game will be more effective.

The Tampa Bay Buccaneers have arguably the most complete roster in football. They returned their key free agents and will have a complete offseason to strengthen their chemistry. Tom Brady resolved his deep ball issues just before the playoffs began which led them to a Super Bowl victory. Therefore, a case can be made that he will perform even better than he did last season. All these factors lead me to believe that the Buccaneers will repeat as champions and that Tom Brady will be the first quarterback to win back-back championships twice.