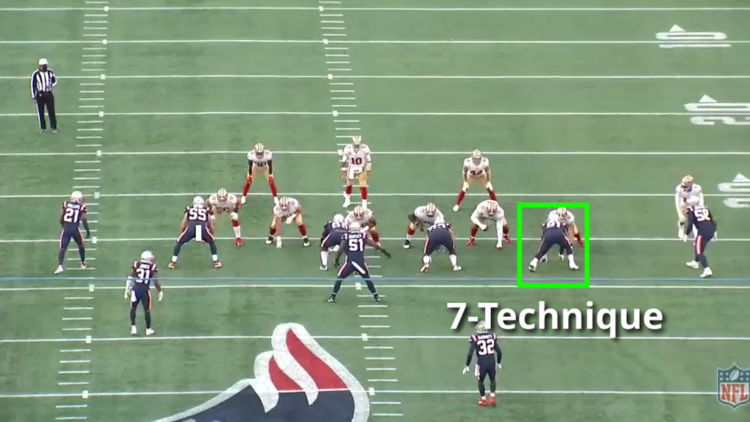 7-techniques align on the inside shoulder of the tight end. Another, more intuitive name for a 7-technique is a 6i. However, calling them 7-techs is still common. It is the only technique that doesn’t go in numerical order from the inside-out.

Similar to the 6-technique, aligning as a 7-technique gives the defensive player leverage to jam the tight end on releases and to rush the passer from the outside. In the run game, they are typically responsible for forcing the ball back inside or occupying the C-gap. However, because of their inside alignment on the tight end, that leaves the 7-technique more susceptible to double teams between the tight end and tackle.