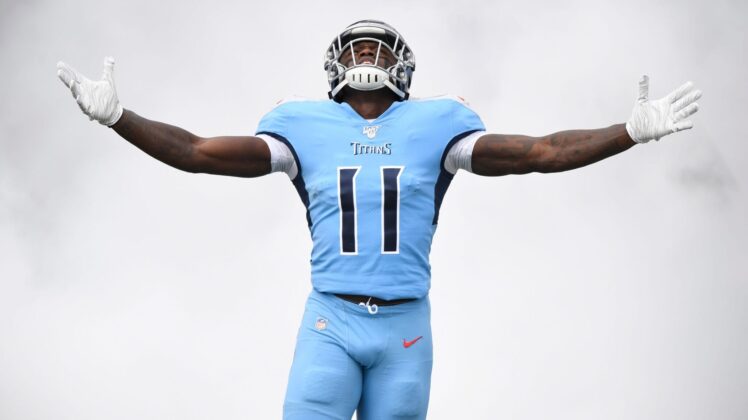 AJ Brown is returning to the lineup tonight against San Francisco. Tennesee needs every bit of offensive firepower they can muster to keep pace with a surging 49ers team. Since AJ Brown went out in week 11 vs. the Texans, the Titans highest yardage total through the air has been a measley 161 yards against the Jacksonville Jaguars. That’s not exactly a recipe for success without Derrick Henry or Julio Jones to pick up the slack.

With marquee free agent signing Julio Jones only playing in eight games so far this year, AJ Brown has had to carry the bulk of the Titans’ passing attack. The offense isn’t what it was last year with Arthur Smith coordinating, Derrick Henry running, and Corey Davis taking the top off of defenses. AJ Brown is the lone member left that can change the dynamic of a game.

With Brown’s return, the Titans have a chance to win against San Francisco on Thursday night. It might not be pretty, but Tennessee isn’t in the business of playing pretty. The Titans need to win two of their last three games to assure their division crown. They play the 49ers, Dolphins, and Texans. What was supposed to be an easy game against the Dolphins earlier this year, may turn out to be more difficult. If the Titans can steal a game against San Francisco, that would give them considerable breathing room.

While the Titans have been scrambling to get healthy, the 49ers have pulled themselves out of an early-season hole. They are now sitting at 8-6 and right in the Wildcard race. They’re running the ball well, using Deebo Samuel in 10,000 different ways, are starting to get into form on defense, and Jimmy G is doing just enough not to lose them games.

On a short week, AJ Brown’s fresh legs could be the difference. He can take over games before and was absolutely torching teams in the middle of the season. He has a balance of physicality, explosiveness, and route running that few other receivers have. As long as Tennessee can stay balanced and let Tannehill distribute the ball, they’ll have a chance to let Brown be the difference maker.