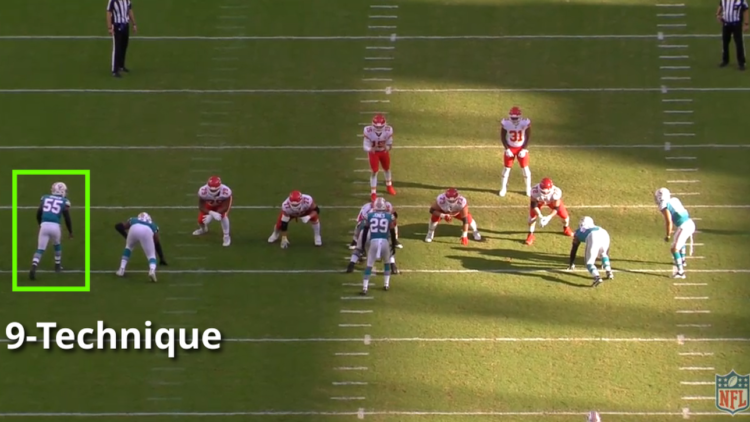 A 9-technique aligns outside of the tight end. Any defender aligning in that area is considered a 9-tech regardless of whether a tight end is present or not. A 9-technique is also called a wide-9.

9-techniques are pass rush specialists. They aren’t expected to contribute as much in the run game. Since they align so far outside the tackle, they need true speed to be able to get to the quarterback in time. They force offensive tackles to get out of their stances faster and put them in space where they can work pass rush moves on the perimeter.