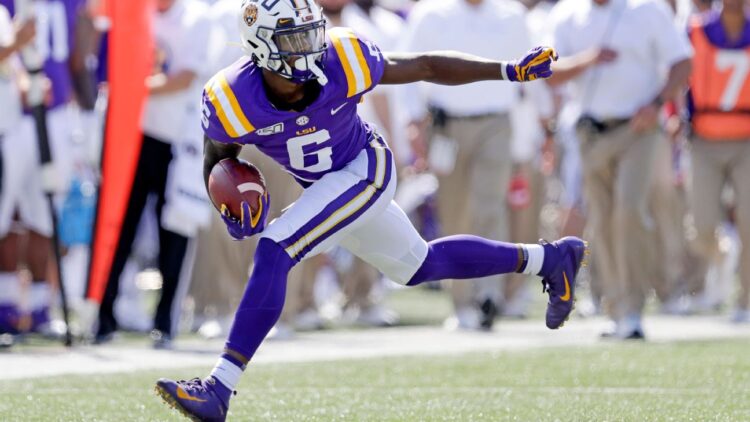 On the historic 2019 LSU offense, Terrace Marshall Jr. was seen as the “other” receiver to Ja’Marr Chase and Justin Jefferson. While that might not be fair to Marshall, it’s tough to play as well as two All-Americans. 2020 was supposed to be Marshall’s season to shine, but LSU struggled throughout the season. Despite that, Marshall is no doubt a big-time player. He is a lengthy receiver who doesn’t “wow” you athletically, but finds a way to get open.

One thing that LSU receivers know how to do is run exceptional routes. Marshall can get open on all three levels and displays impeccable footwork that leaves defenders in the dust. I think he’s at his best running slants, where he’s dangerous in the red zone. One remedy to inconsistent quarterback play is to create a lot of separation for yourself.

Marshall might not win many foot races, but he knows how to beat you deep. At 6-3, he’s a long-strider who is smooth when running down the field. Then, when he is down the field he can use his body to make a contested catch and displays great awareness for tracking the ball in the air.

One advantage of playing in a spread system is if you do get open, there’s plenty of room to run after the catch. Like I said earlier, Marshall isn’t a burner, but is aggressive after the catch. He’s also a guy who doesn’t waste time dancing around with the ball in his hands. After the catch, he’s turning upfield and heading towards the end zone.

For being so talented, Marshall drops far too many passes. It usually seems to be a case of trying to run before he makes the catch. However, if this continues in the NFL, then you can bet it’ll lead to less playing time. If it is an issue of trying to move too quickly, this problem is fixed as a player gets older and understands the game better.

Just like how I said LSU receivers do know how to run routes, they also don’t know how to block. I noticed this same problem in Ja’Marr Chase’s game. Of course, you don’t pay a receiver to block. You would like to see a better effort than what we are seeing from Marshall, though.

To sum it up, Marshall is an undervalued draft prospect. If he had a larger role on the 2019 LSU team, he’d be up there amongst the top prospects in 2021. As it stands, I think he’s looking at being selected at the end of the first round or early in the second. This wide receiver class, like the 2020 class, is DEEP. As a result, it’ll push more receivers down the board since you can still find value in the middle rounds. Wherever he goes, you can expect him to have a big role in the offense as a third receiver in his rookie year before blossoming into a high-end starter for years to come.