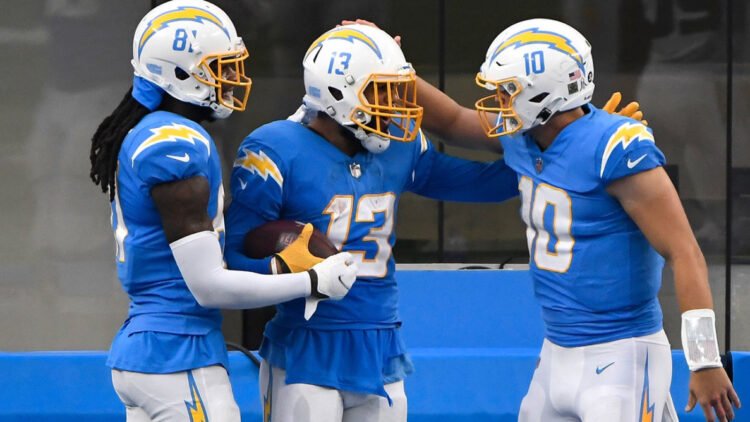 After a middling 7-9 season, the Los Angeles Chargers are striving for a new beginning in 2021. They are loaded with talent, but get hit with the injury bug almost every season. 2020 started with an injury to star safety Derwin James in training camp, a hamstring pull for Austin Ekeler in the early part of the season, and the offensive line was down to their third string players at tackle and guard. Coaching was deemed an issue as well as they struggled to close out games. Although the team ranked top 10 in producing and preventing first downs, they lost seven of their games by one score or less. This forced the organization to move on from Anthony Lynn and gave the keys to Brandon Staley. The lone bright spot for the Chargers was the emergence of Justin Herbert. Protecting him is essential moving forward.

Read More: Justin Herbert’s rookie year with the Chargers: the good, the bad, and how he can get even better

The offensive line has been a weak point for the Chargers for the past few seasons and it did not improve in 2020. According to PFF, they ranked last in offensive line production as well as run block win rate. At the start of the off-season, Bryan Bulaga was the only returning starting lineman on the roster. Since then, the Chargers made additions with guards Oday Aboushi and Matt Feiler while also adding center Corey Linsley. These moves fill out most of the line, but leave a hole at left tackle. This position is the most important need for the Chargers to ensure protection for Herberts’ blindside. Staley and the staff have prioritized the offensive line this offseason and will continue to do so in the upcoming draft.

The Chargers are looking for a left tackle that will grow and become a mainstay for the offensive line. Picking at 13 in the first round, they have options with Rashawn Slater and Alijah Vera-Tucker, but both are viewed as guards due to their arm length. They should target Christian Darrisaw as he checks all the boxes for a prototypical NFL tackle with his height, weight, and arm length. Darrisaw utilizes his angles well to shield off defenders and create running lanes. He fits well in the zone run schemes the Chargers use for Austin Ekeler and Joshua Kelley. Darrisaw also uses his length and agility to keep edge rushers from bending and turning the corner as well. He is explosive at the point of attack, but sometimes struggles to consistently get his hands on defenders. Like any rookie, Darrisaw will need improvement. However, he has the talent to make an immediate impact. If all three of these players end up gone before 13, they should look at Teven Jenkins in round two.

The Chargers recently released Casey Hayward and now have some work to do on the outside. The secondary is talented, but has continually sustained injuries. Derwin James has not played since 2019 and his replacements suffered injuries as well. They have Chris Harris Jr. on the roster, but he was sidelined by a foot injury for most of the season. They re-signed Michael Davis to a 3 year, 26 million deal, but need more depth to insure against possible injuries.

There is a possibility that the offensive tackles are gone at pick 13 which could open the door for the Chargers to select Jaycee Horn or Patrick Surtain II. If they take a tackle in the first round, they should target Asante Samuel Jr. in the second. The biggest setback for Samuel is his size at 5’10″ and 184 pounds. However, he is versatile and has the ability to play in the slot or on an island outside. Samuel Jr. has sensational ball skills, loose hips, and quick feet that help him excel in man coverage. He plays the receivers’ hip and has great play recognition. He allowed an opposing passer rating of 46.2 and just 179 yards allowed in 2020. Samuel Jr. gives the Chargers the versatility they need for a Brandon Staley type of defense.

One of the main storylines for the Chargers this offseason is figuring out what to do with Melvin Ingram. The likelihood of re-signing him is extremely low. He tallied zero sacks in seven games and finished the 2020 season on IR. He is currently a free agent after not reaching an agreement during his Chiefs visit. While Uchenna Nwosu can step into this role, the Chargers would still like some depth and veteran experience on the edge. Joey Bosa led all edge rushers in pass rush win rate, but the team ranked 19th overall with a win rate of 42 percent.

Clowney is not the greatest pass rusher, as PFF ranks him consistently in the 70th percentile. The upside for the acquisition is that he is a great talent that can play alongside Bosa. An elite pass rusher like Bosa attracts double teams which would give Clowney consistent one-on-one matchups. According to PFF, Clowney is in the 95th percentile as a run defender which shows that although the pass rush is average, he can add value to the defense. His injury history and lackluster performance in 2020 should not result in a long term deal, but both sides could benefit from a prove it deal.

Most of the Chargers’ concerns come on defense where they have to fill minor holes. There is a need at safety after Rashawn Jenkins signed with the Jaguars and they could use depth at linebacker as well even after signing Kyler Fackrell. The offense is loaded with talent and should have no issues scoring points in 2021. If they fix the small things that turn one score losses into wins, they will be feared in the AFC West.