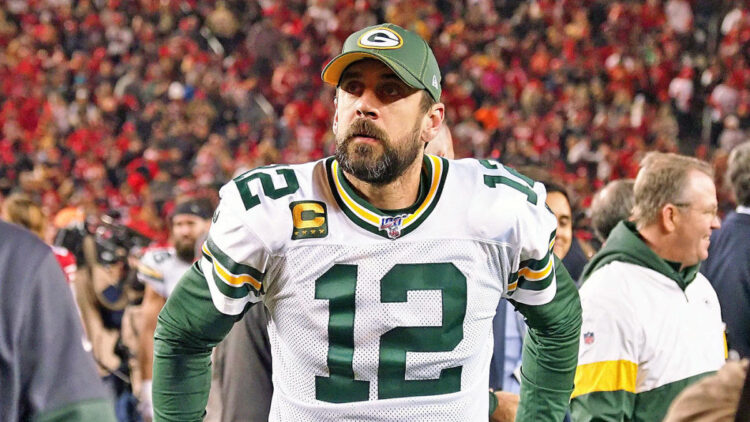 It wouldn’t feel like the draft if the Packers didn’t have another year of surprise quarterback news. That’s just what fans got when Adam Schefter fired off this tweet on Thursday:

Regardless of whether he wants out, it’d be a terrible idea to trade Aaron Rodgers.

Aaron Rodgers will hit the Packers for $38,356,000 in dead cap if Green Bay does trade him. That’s $1 million more than his current cap hit if he stayed on the roster. That would all but assure that the Packers wouldn’t be able to make a late free agency signing. Richard Sherman, Casey Hayward, and others have been on the Packers’ radar as late potential signings. To make one of those moves happen, Green Bay would need to re-structure Rodgers’ contract. With the dead cap tolling in full, that removes any flexibility to move cash around and sign one of those veterans to help the Packers make the final push for a championship.

We have zero indication that Love is ready to play. He was never active for a game last year and didn’t have any pre-season games. There were also reports of him struggling in training game and into the season. It doesn’t seem like the Packers have faith that he’ll be ready to go and for a roster that’s ready to win right now, forcing a quarterback in that isn’t ready could be a disaster.

Rodgers still has it

Rodgers just showed the world that he still has it. He bounced back after a lackluster 2019 season and won the MVP in 2020. It’s clear the Packers are Super Bowl contenders with him on the field. Matt LaFleur has teed up plays that get the ball out of his hands quickly and has built in plays to utilize Rodgers’ lethal deep ball. They had the #1 offense, are getting their 3rd round pick Josiah Deguara back from injury this year, re-signed Aaron Jones, extended David Bakhtiari, and retained a nucleus that has been to two straight NFC Championship games.