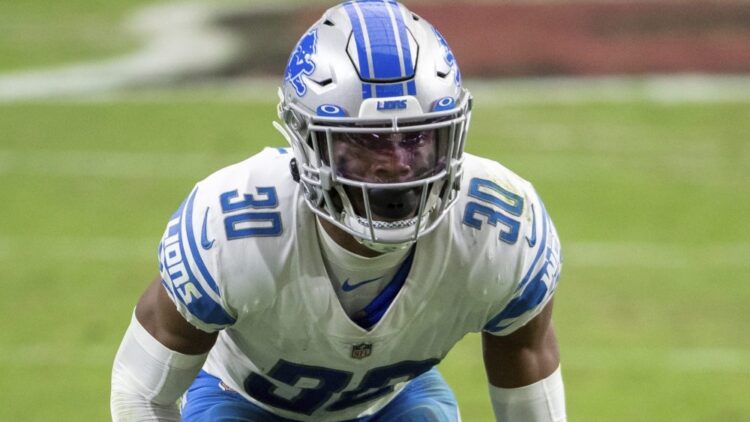 Rookie corners are usually bad. Almost 40% of corners drafted in the first or second round play at a below average level in their first year. But, rookie corners aren’t usually as bad as Jeffrey Okudah was for the Lions in 2020. There were a couple flashes, but Okudah struggled mightily in coverage before having groin surgery late in the season. During the draft, Okudah was thought of as a surefire high-level prospect. So, what happened?

The Lions based predominantly out of man coverage under Patricia. While Patricia may be gone, Aaron Glenn is likely bringing more man coverage and a similar philosophy in the secondary from his time with the Saints. In fact, the Saints ran the highest percentage of Cover 2 man in the NFL last year.

That’s both good and bad for Okudah. He’ll have more help over the top and has all the man coverage ability in the world, but he also struggled in a man system last year where he gave up a 77.4% completion percentage and 11.2 yards every time he was targeted.

In 2020, Jeffrey Okudah often travelled with teams’ #1 receivers. That meant he went through a gauntlet of Davante Adams, Deandre Hopkins, Julio Jones, Terry McLaurin, and DJ Moore. That’s not an easy slate as a rookie. The good news is that Okudah’s problems are fixable. He graded out well in his ability to close, but was inconsistent with his physicality. His biggest issues are timing, patience, and staying in position.

Way too often, Okudah was caught flat footed and relied on his athleticism to try and bail him out. At the NFL level, that just doesn’t work. The Saints are running a Drive concept here with a dig by Emmanuel Sanders. The Lions are defending with a triangle coverage to the trips side out of Cover 1 Robber. That means that Okudah on the outside has the first out-breaking receiver, the linebacker has the first in-breaking receiver, and the nickel walked up at the line of scrimmage, has the 3rd receiver to release whichever direction they go.

Okudah picks up his man, but doesn’t get out of his stance or into a backpedal until Sanders is two yards away from him. He’s slow played it for too long and he’s now put himself in a terrible position. With Sanders stemming him to the outside, he has to respect that outside vertical threat. As a result, he turns his hips to protect the sideline. That gets him way out of position and Sanders is easily able to get back inside and break on his dig. A pretty basic release and move beat Okudah because he waited too long to get himself into position to break and run with the receiver. In man coverage, if you’re the first person to turn your hips, you’re probably going to lose.

Simple technical things like that got Jeffrey Okudah into trouble all season. He started to be more disciplined towards the end of the year, but it was a constant battle. Okudah is again in man coverage down at the bottom of the screen. As the receiver comes off the line, they sell an outside release. Again, Okudah doesn’t get into a back pedal to keep his cushion. Instead, he immediately opens up to the sideline as his first move.

If Jeffrey Okudah is going to play the receiver that way and open his hips, he’s got to close space so that he can also be physical and wall off any inside release. By staying 1-2 yards from the receiver laterally, that gives the them all the space they need to get a clean release and then cut inside with no way for Okudah to wall them off.

The quick hip turn paired with his over-patience allowed for receivers to dictate the tempo of the routes on him. He’s in a pure reactionary position without using any physicality, so receivers were able to move or manipulate him however they wanted.

Staying Square and Understanding Where Help Is

While he would tend to be overly passive, the right blend of patience can make him a really good corner. He has the tools, he just needs the discipline to stay in front of the receiver for longer. The patience itself isn’t a terrible quality, but over committing while being patient is what’s getting him into hot water. At times, he showed that he could blend the two together. This rep against Justin Jefferson is a good example of that. You can see him waiting out Jefferson who is running a fade down the sideline. Instead of immediately opening, he’s able to shuffle and stay on top of him off of his release. Since he’s stayed on top, he’s able to get his hands on Jefferson and force him to work through the route with hand fighting.

Jeffrey Okudah has a fast enough trigger that if he stays patient with good footwork and body positioning, he can make plays on the ball. Here, he understands where his help is in the middle of the field and plays with really good discipline as he sifts over the releases of the other receivers. Since he has help inside, he knows he doesn’t need to haul ass and over-pursue the drag across the field. That allows him to be in good position and under control when the receiver bounces back out.

Even if he does get beat, he has the ability to close distance as a receiver makes their break. That’s all contingent upon being in good body position, though. When he is in position, he can be a legit player in a man-coverage defense.

He was at his best when he could initiate contact through the route and tether himself to the receiver. Having that feel and ability to locate the receiver throughout their route helped him immensely. With outside leverage here, Okudah does a great job of getting in on the receiver after their release and keeping himself in phase throughout the route. He doesn’t have to rely on his eyes or being patient because he can feel their movements and where they’re trying to run.

The problem is his inability to do that on an even remotely consistent level. The timing just isn’t there. He attempted to use his physicality more as a recovery mechanism than as a tool to keep himself in phase with the receiver. Here against Deandre Hopkins, Hopkins gets him to immediately turn his hips so that he can break back to a slant. As soon as Okudah realizes that, it’s too late. He tries to shoot his hand to get a piece of Hopkins and slow him down, but he’s already beat and off balance.

Jeffrey Okudah has some nice tools and showed glimpses of what he could be with better coaching and a better understanding of the game. However, the 118 QBR he gave up in 2020 could have been much, much higher. He was picked on early and often, and until he cleans up his technique, that’s going to continue in 2021. The good news is that corners often take big leaps in their second and third seasons and now with a full off-season in front of him and a new coaching staff, Okudah will have a shot to live up to his high draft pedigree and lock down whatever receivers try to walk in to Detroit.